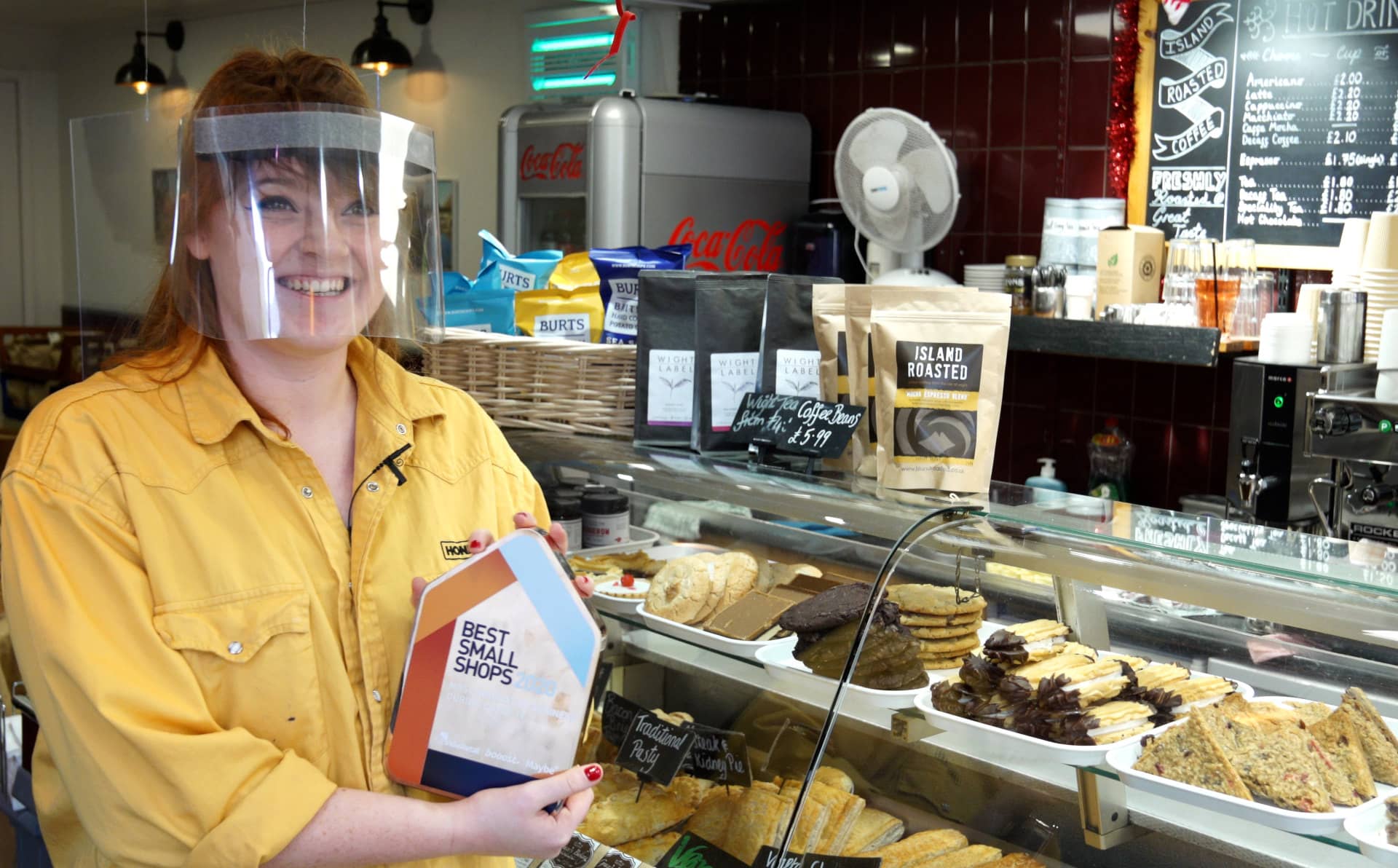 A three generation family bakery on the Isle of Wight has been recognised with a national award for the way it navigated its way through the first Covid-19 lockdown.

Graces Bakery, which was established by the Redrup family in 1997, received the award from the Independent Retailers’ Confederation for showing specific innovation to combat the impact of Covid-19.

The Independent Retailers Confederation (IRC) is a collective of trade associations, which between them represent approximately 100,000 independent retailers throughout the UK. This award is sponsored by booost, the loyalty, gifting and promotions app.

Instant response to Covid-19 impact
During lockdown Grace’s continued baking, supplying the St Mary’s Hospital in Newport, the Isle of Wight’s only hospital, with sandwiches while they were unable to keep their cafeteria running.

They began bagging small bags of flour by hand due to the nationwide shortage, keeping their own shop and local supermarkets stocked with flour, yeast, bread and cakes.

New online shop and deliveries
Within one week of lockdown being announced they had created a brand new Website and online shop and had begun delivering Island-wide for free, sourcing any other products that customers asked for including yeast, milk, eggs, vegetables and other essentials.

The shop delivered to between 150 and 250 customers a day, five days a week.

Redrup: To win is absolutely amazing
Marketing Manager Sarah Redrup (pictured above), who is also the daughter of the owners, Carole and Ray Redrup, says:

“I think this year of all years it feels really good to be recognised nationwide for our efforts during this time, and especially being the only shop on the Isle of Wight to be shortlisted.

“But to win is absolutely amazing. It’s been a really difficult year and this really means a lot.”

An independent retailer being at heart of local community
In their comments about Grace’s Bakery, the judges commended their bagging of flour so that other local shops and supermarkets were kept stocked, calling it “very community orientated”.

The judges were impressed by their ability to quickly set up a brand new website and online shop to begin delivering Island-wide for free, achieving very large numbers and again helping out the community in difficult times.

They said that Grace’s Bakery was,

“A great example of an independent retailer being at the heart of its local community – not just the quality of the products or the commitment to serve the community in unusual times, but the imagination with which it has done so and its determination are really admirable.”

Well done. I have to say that Grace’s Bakery kept us supplied during the first lockdown and we continued with them afterwards and we will continue to do so. Do try their apple doughnuts!

Very well done, they are indeed brilliant! So pleased we have them rather than an anonymous national chain…