In addition to the main award, Grace’s Bakery has also been shortlisted for a special award for demonstrating innovation to combat the impact of Covid-19 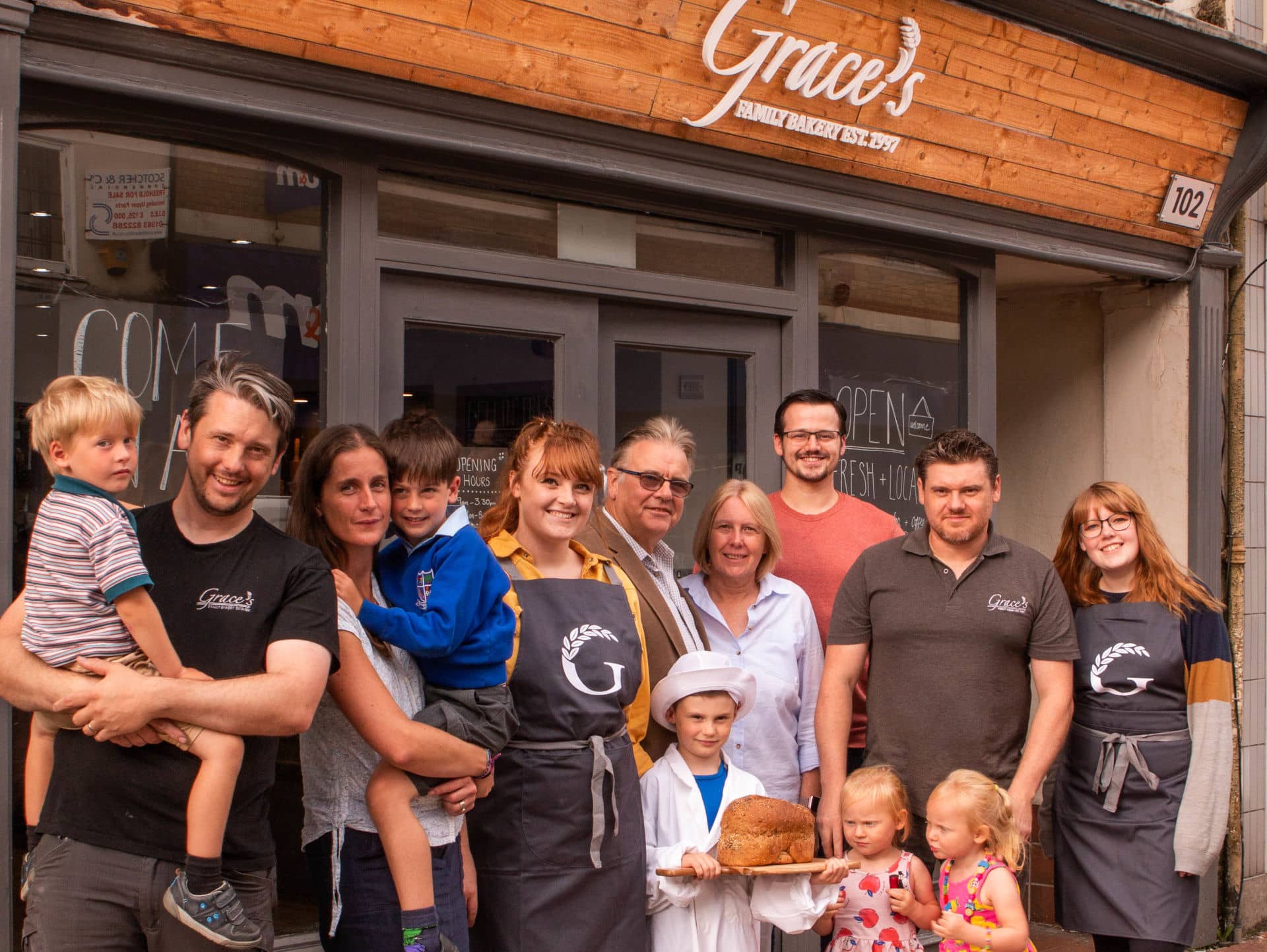 A three-generation family bakery in Ryde, Isle of Wight has been named on the shortlist of 30 retailers in the running to be named Britain’s Best Small Shop of 2020.

Grace’s Bakery, which was established by the Redrup family in 1997, has built a reputation over the years for going the extra mile for its customers.

Supporting schools, charities and community groups
It runs a loyalty card points scheme with new discounts every month, and in 2019 donated to more than 30 charities, schools and community groups and raised hundreds of pounds by creating a new product – the Isle of Wight Doughnut – to promote Island heritage with twenty pence from every doughnut sold being donated to the Isle of Wight Alzheimer’s Cafe.

This year the bakery ran a colouring competition asking children to design their dream cake, turning two winning designs into real cakes which were donated to the hospital and a care home.

The competition celebrates the commitment and creativity of independent retailers on the UK’s High Streets and the central role they play in their local communities. It is sponsored by Maybe*, an engagement platform that helps make social media work for independent retailers. The winner will be announced next month.

Shortlisted for another award
In addition to the main award, Grace’s Bakery has also been shortlisted for a special award to be given to the independent retailer that has demonstrated specific innovation to combat the impact of Covid-19. This award is sponsored by booost, the loyalty, gifting and promotions App.

During lockdown Grace’s continued baking, supplying the St Mary’s Hospital in Newport, the Isle of Wight’s only hospital, with sandwiches while they were unable to keep their cafeteria running.

They began bagging small bags of flour by hand due to the nationwide shortage, keeping their own shop and local supermarkets stocked with flour, yeast, bread and cakes.

Within one week of lockdown being announced they had created a brand new Website and online shop and had begun delivering Island-wide for free, sourcing any other products that customers asked for including yeast, milk, eggs, vegetables and other essentials. The shop delivered to between 150 and 250 customers a day, five days a week.

Walmsley: We’ve seen just how much we all value local independent shops
Mark Walmsley, Chair of the IRC, said,

“This has been a particularly challenging year for small, independent retailers and many have come through to this point through innovation, quality of product and service, a commitment to serve their local communities and a large dose of determination.

“As more and more people have been forced to stay home and work from home, we have seen just how much we all value local independent shops and want to see them not just survive, but also thrive. These shops offer choice, diversity and genuine customer service. And, after what has been a rather dark year, that has to be worth celebrating.”

Previous winners have included Bristol-based delicatessen Papadeli, the 2019 winner, and The Mainstreet Trading Company, a combined bookshop, cafe, deli & homeware shop based in St Boswells, in the rural Scottish Borders, which won in 2018.

News shared by Howard, in his own words. Ed

Well done. They should win on their amazing apple doughnuts alone!