The Ventnor councillor said he joined the Conservatives because he thought it would help him get more done for the town, but it has not. 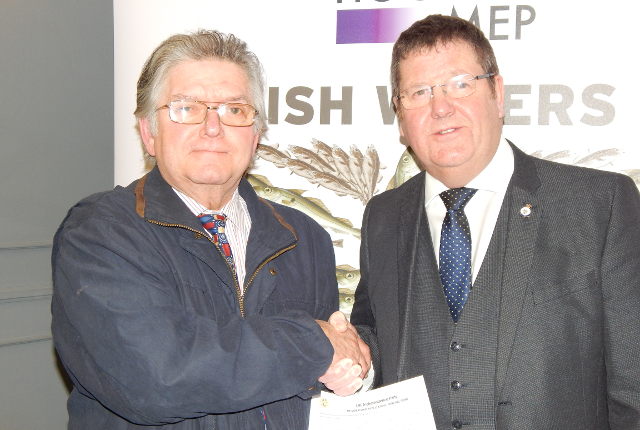 Daryll shares this latest news on behalf of Isle of Wight UKIP. Ed

Outlining his reasons for the switch Cllr Perks said,

“I have been thinking about this for some time. The most important thing for me is representing the people of Ventnor.

“I originally joined the Conservatives because I thought this would enable me to get more done for the town, but it has not worked out at all.”

“I now feel that I can do more with a different voice. I have always been known as UKIP since my first term in office, so going back made sense as it gets me out of the ruling group and lets me say more of the things that need to be said to stand up for Ventnor.”

Perks: IW “MP is backing her [May] to the hilt”
Cllr Perks continued,

“I am also very mindful of the situation regarding Brexit. Theresa May is on the brink of betraying the country to the EU and our MP is backing her to the hilt.

“I could not in all honesty support this and want to send a message to the government that the will of the people must be listened to. I doubt I will be the last to send her this message!”

Hookem: Cllr Perks re-joining UKIP was special
Hike Hookem welcomed Cllr Perks back to the party and thanked the audience who attended his meeting on fisheries.

“I had a great evening in Ventnor with a lively debate about both local and national fisheries interests and other issues. I would like to thank Geoff Blake who spoke with the great experience that he has on fishing.

“I always try to include local people in my meetings even if we are not from the same political persuasion because hearing other voices makes for a good debate.

“I have wanted to speak on the Island for some time, as it has always been supportive of what I am trying to do. To top the evening off with Cllr Perks re-joining UKIP was special and shows that the party both locally and nationally is on the rise.”

Sorry, but Graham has done little as Ventnor East councillor save collect his expenses and vote for some of the most shameful cuts ever made by an Isle of Wight council.

I’m sure he’s seen as a sound councillor by many local voices, but as he said “The most important thing for me is representing the people of Ventnor.”

Vote Up16-3Vote Down
Steve Goodman
Also a reminder of a previous Perks departure, from his profitable period at Ventnor Winter Gardens; if he was sincere about doing more of the right things for the benefit of the townspeople perhaps he would have dealt with a bit of his own betrayal and repaid their £35,000 plus, plus interest, which he and his associates helpfully (for him) decided he wouldn’t have to hand over… Read more »
Vote Up19-9Vote Down
richardshanklinite

Was it lawful to let him off the £35000 or is it out of time to chase this? Just look at what has been going on at Bembridge!

Time too to leave the ludicrous lord label in the same bin as the claimed conservatism?

Vote Up5-2Vote Down
greenhey
UKIP is an irrelevance and was guilty of generating, knowingly, some of the biggest lies used to deceive people in 2016.Now a graveyard for racists and maladjusteds. While we are mentioning fishing ( and I recall dear Nigel’s adoption of the fishermen in 2016) how widely is it known that Farage was a member of the EU Parliament’s Fisheries committee, and turned up once out of the… Read more »
Vote Up9-1Vote Down
Mark L Francis

Since 80% of fish is exported to the EU we will be able to catch all the fish we want – but not, it seems to sell it. Still, let’s hope we all like fish. Chow down!
(is there really a real person in UKIP called “Hike Hookem”?)

Great to see Graham putting the interests of those who elected him ahead of party politics.
One of the worrying things about the main candidates at the last general election was that they were predominantly mouth pieces for their respective political parties.
What the island desperately needs is another Steve Ross type character who puts the needs of us islanders first instead

49,173 people on the Isle of Wight went to the trouble of voting to leave the EU, and I am not alone in being fed up with the lack of recognition.
Democracy? – 62%

Good luck to you Mr Perks, there are interesting days ahead.