Have Your Say On Changes To Licensing Act 2003

Your chance to have a say in changes to the Licensing Act 2003, which aims to make it easier to put on events without cost and bureaucracy

Thanks to VB reader Debbie F for letting us know about this.

A Government consultation is currently taking place to examine the deregulation of Schedule One of the Licensing Act 2003. 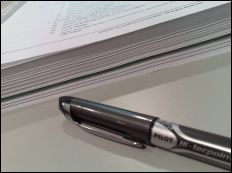 Anyone who has organised events, from a school play aimed at raising funds for the PTA to a guitarist playing in a pub will probably agree with Minister for Tourism and Heritage, John Penrose, when he says, “the law and regulations which require some (but not all) types of entertainment to be licensed are a mess.”

In the introduction to the consultation proposal, he goes on to say, “you will need a licence if you want to put on an opera but not if you want to organise a stock car race. A folk duo performing in the corner of a village pub needs permission, but the big screen broadcast of an England football match to a packed barn-like city centre pub does not. A carol concert in a Church doesn’t need a licence, but does if it is moved to the Church Hall.”

Have your say
Members of the public are being given a chance to comment on the consultation that proposes to deregulate Schedule One of the act, making it easier to hold events and avoid unnecessary cost and bureaucracy.

There are a list of 48 different questions that the government are looking for responses on by the 3rd December.

The document embedded sets out the proposals in full and you can send your comments by emailing – Regulated_entertainment_consultation@culture.gsi.gov.uk

And revert the charges back to what it used to be.

That the problem..the councils now see it as a cash cow rather than a professional responsibility