The state of the Ocean Hotel and King’s House, both owned by Carlauren Group are being looked in to by the Isle of Wight council’s enforcement officer. 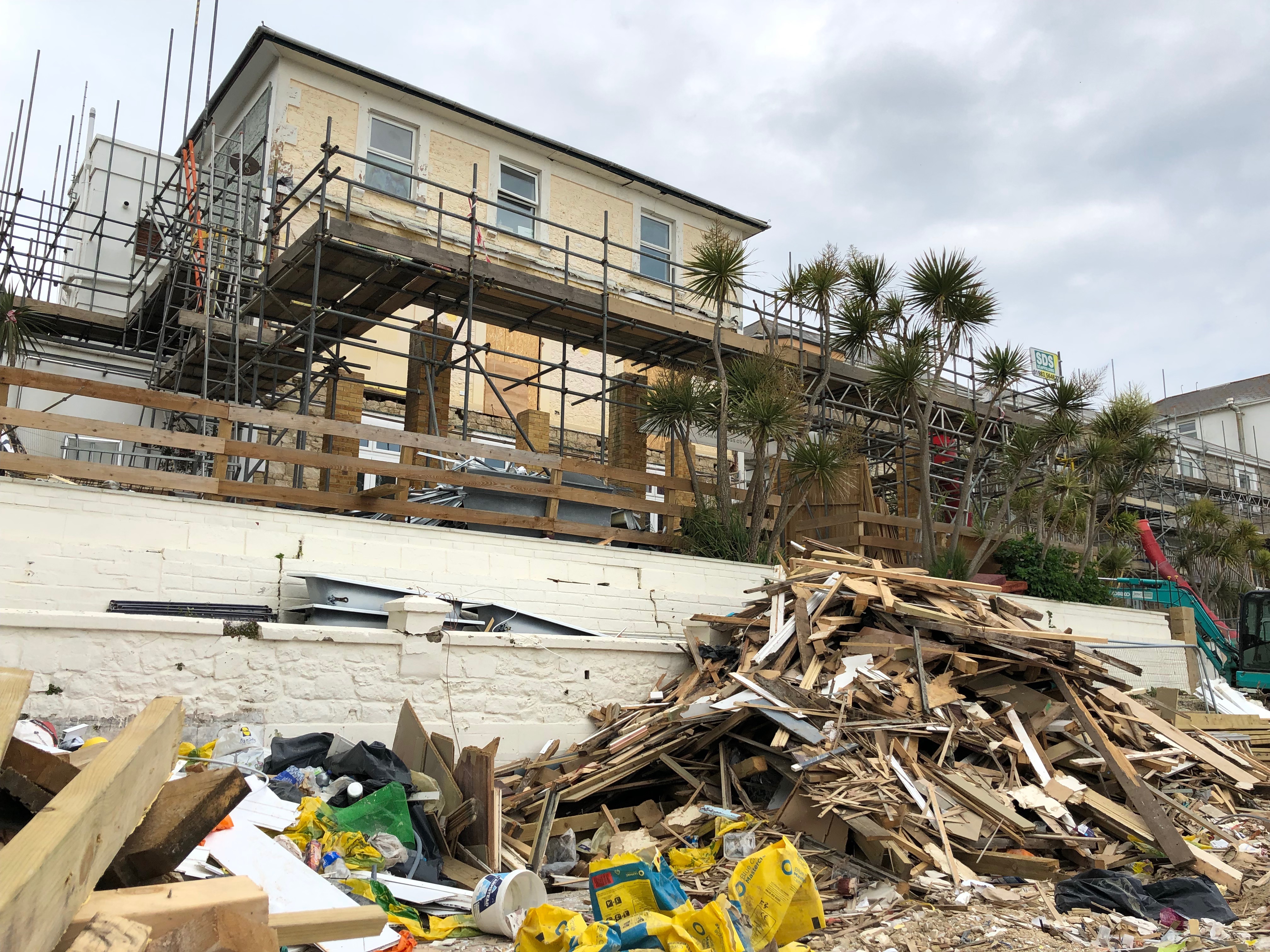 An enforcement officer at the Isle of Wight Council is looking into the Carlauren-owned sites in Sandown.

Two of the many derelict properties on the seafront at Sandown are owned by the Carlauren Group — the Ocean Hotel and King’s House.

They are currently building sites, with no signs of ongoing development.

Andre: It is heart-breaking
Cllr Debbie Andre of Sandown North and Cllr Ian Ward of Sandown South have both expressed concern for the state of the sites and its potential impact on the tourism industry.

“I’m disappointed that once again the town of Sandown suffers through irresponsible developers.

“I am very frustrated and concerned that we have another prime site that has actually been left in a much worse state.

“It is heart-breaking to be honest.”

Town council imposed deadline
Cllr Ward said he and Sandown Town Council had written to the companies who own the sites asking them to explain their plans, setting a date of Monday, 15th July, as a deadline.

He said he understands that local people are worried about the potential impacts on tourism.

Cllr Andre said she had met with an IW Council enforcement officer, who is looking into the situation.

The council’s powers
The council can issue a section 215 order under the Town and Country Planning Act, which gives the owners a minimum of 28 days to tidy up their land.

If they fail to act, a section 219 order may be issued, which gives the local planning authority permission to enter the property and tidy it up themselves, and then recover expenses from the owner.

Positive future for Sandown
Despite the derelict sites, both councillors said there was reason to be positive for Sandown, citing Wight City and Sandham Gardens as exciting developments.

Carlauren’s Island resorts
The Carlauren Group, who have multiple companies owning resorts and care homes across the country, recently bought and developed the Auckland House in Shanklin.

In 2017 they planned to turn the Ocean Hotel into a luxury care home, and in May this year they cancelled plans to develop King’s House site into a luxury beach club within a month of announcing them.

When contacted by County Press about the state of the site last month, they said:

“Carlauren understands that the area does not look aesthetically pleasing and this may cause distress to local residents.

“Their patience is appreciated while we come to a resolution which will include, once able to return to site, clearing the debris.

“Carlauren anticipate that this will be actioned within the coming weeks.”