The Isle of Wight council’s housing needs service manager said because a lot of landlords are cowboys they are in effect placing people in unsuitable accommodation that’s unfit for human habitation. 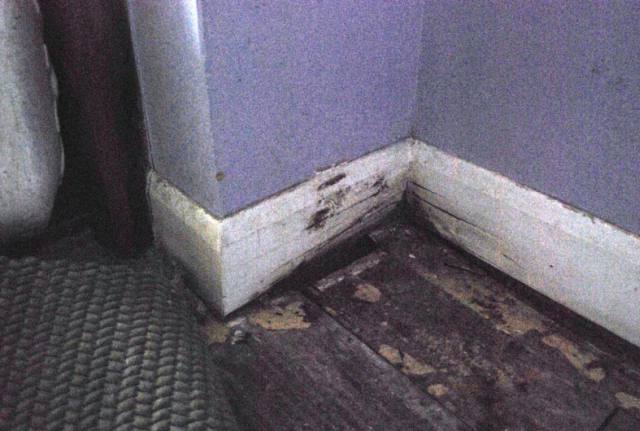 Cowboy landlords and slum housing are part of a systemic housing problem on the Isle of Wight, a council meeting heard.

The problems with social housing and private landlords were discussed by the policy and scrutiny committee for neighbourhoods and regeneration.

Housing register increased by 19 per cent
Jamie Brenchley, housing needs service manager at the IW Council, summarised the work he has been doing since December and addressed ongoing issues.

He said the number of people on the housing register has increased by 19 per cent from April 2018 to June 2019, and the number continues to rise.

“What we’re facing is an increased demand for services.

“We don’t have resource to meet need and we don’t have a suite of options that are diverse enough to meet the individuals and households sent to us that we have a special duty to support.”

Improvements praised
Mr Brenchley praised improvements, including reducing the number of families exceeding six weeks in B&B accommodation from the tenth highest in the country six months ago to zero today.

Cllr Michael Lilley, for Ryde East, slammed the quality of private rented accommodation on offer, saying a lot of it in Ryde was “just slums”.

“They are in appalling state and people are actually rehoused there or are put there and no one is really tackling those landlords.”

Cllr Lilley asked the committee how they could be more forceful on landlords and suggested the possibility of compulsory purchase orders.

Chris Ashman, director of regeneration at IW Council, said the challenge was to meet the supply.

“We need to start challenging landlords and raising standards or creating new standards that people have to adhere to, to be private landlords.

“Because a lot of people are cowboys and we in effect place people in unsuitable accommodation that’s unfit for human habitation.”

Members of the committee felt the current housing plan was not good enough because it had no distinct timescales or budgets.

An informal briefing will be planned, to formalise action by September or October.

Vote Up23-3Vote Down
Colin
Perhaps if the IWC invested in social housing instead of blaming everyone else then there wouldn’t be a problem. And then there is the IWC taking money out of the system by charging landlords council tax when there are gaps between lets. Where does the council think the £100 plus per month is coming from? Landlords are under increasing financial pressures and all the IWC wants to… Read more »
Vote Up11-5Vote Down
ukdave

There are plenty of nice flats and houses being rented. The ones being discussed will likely be at the low end of the market.

There are already “Homes fit for Human Habitation” laws that exist to ensure accommodation is acceptable. Could the interested parties not exploit the laws that already exist?