The figures for those claiming Job Seekers Allowance in June 2015 on the Isle of Wight have been released today. 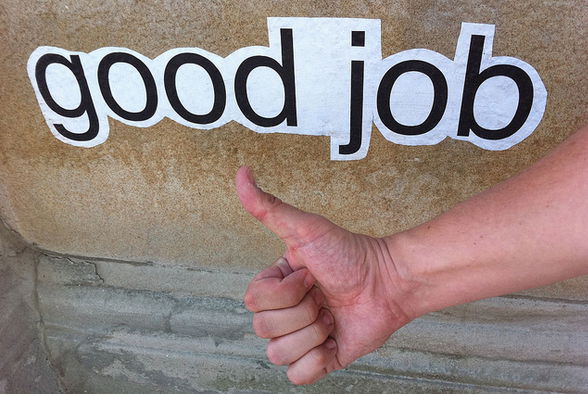 Figures were released today (15th July) for unemployed claimants which show that 1,221 people on the Isle of Wight were claiming Job Seekers Allowance (JSA) in June 2015. The bulk of the text (and the graph) was automatically generated by a computer programme. Developed in conjunction with Tony Hirst.

The regularity of the curves show the effect of the Island’s reliance on seasonal employment- no jobs up in the winter, jobs in the summer.

Indeed, it’s the same every year. Lower comparison with previous years may also be down to more sanctions.

But the trend in unemployment is downwards which is good news.

Sanctions … zero hour contracts … don’t be fooled that the picture is as good as it might appear from a handful of government stats.

Fact is that government policy is working and getting people back into jobs. And having a job is the best way out of poverty. I appreciate that is annoying to lefties like you to see a Conservative government succeeding but there it is. Ian Duncan Smith is to be commended.

“IDS is to be commended” Not the verb those affected by his cuts might use?

& today we learn that 63% of child poverty is in working families. This is reflected in food bank referrals. Recent statistics released at the budget show that only 2% of welfare expenditure is on the unemployed whereas 42% is on pensions.
Yet still working people are encouraged to demonise the unemployed whilst the rich are getting richer at an ever increasing rate & laughing at you.

(per ONS) “In general, anybody who carries out at least on hour’s paid work in a week, or is temporarily away from a job (e.g. on holiday) is in employment. Also counted as in employment are people who are on government supported training schemes and people who do unpaid work for their family’s business.”

* this set of ONS figures for the Island Island figures are not seasonally adjusted.

* the ONS data definitions for unemployment and restrictions on JSA claimants mean that comparisons are difficult to make to confirm the trend.

But they really need to publish the number of people sanctioned (and therefore unemployed but not showing in the statistics) or else this is all a bit empty.

Only 1000 unemployed after 800 people have been sanctioned = a bit worrying.

Vote Up00Vote Down
Stewart Blackmore
It is good news that any reduction in unemployment affects the Island but, as has been said here and elsewhere, this tends to be seasonal on the Island and has to be taken into the context of huge increases in child poverty on the Island. The real story is that this government goes to great lengths to conceal the true level of unemployment. I have just heard… Read more »
Vote Up00Vote Down
Lord Bermondsey

Vote Up00Vote Down
BRIAN
As with all statistics, there is a cut-off point after which the data is analysed. It’s not beyond the realms of possibility that the government encourages job centres to sanction claimants in order to massage the figure. Rather like a school removing disruptive pupils for when Ofsted calls. Thatcher did it by putting thousands on invalidity benefit for the sole purpose of taking them off the unemployment… Read more »
Vote Up00Vote Down
Cicero

Thus the cut-off point for assessing CPI each year is timed so that it will not increase state benefits as required by statute.

So these people struggle on £70.00 a week while our Mps get a payrise higher than a claimant gets in a year. Before anyone mentions it that it was done by a independent body why dont they do that with the rest of the workforce and unemployed.

I had naively imagined that MOPs salary would be linked to a civil service grade. Which civil servants got a 10% pay rise then?