The Wightlink in the Community project is a collaboration between Platform One students, Isle of Wight Symphony Orchestra, Fusion Arts Academy and others. All proceeds will benefit the Island’s NHS charity 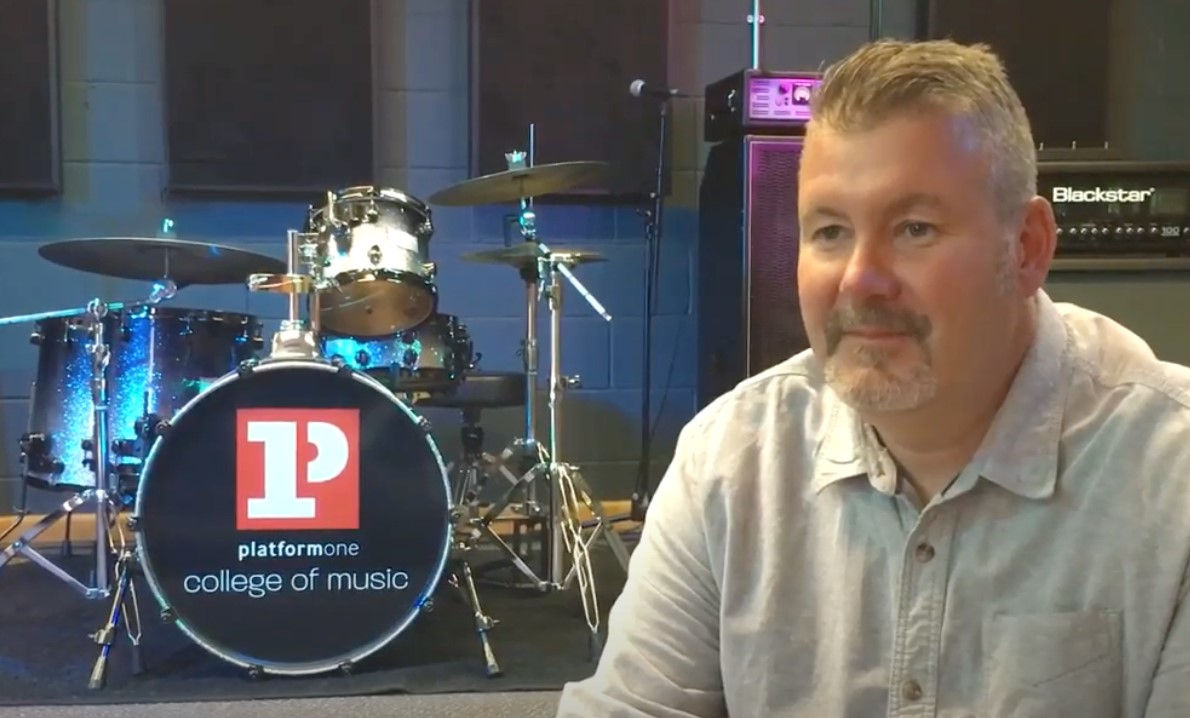 Students from Platform One College of Music on the Isle of Wight have recorded a charity song in lockdown to thank key workers including NHS staff for all their efforts during the Covid-19 outbreak.

The Newport-based college teamed up with other local performers to record a version of Robbie Williams’ hit Angels. Proceeds from the project will go towards the Island’s NHS charity to benefit St Mary’s Hospital and its patients.

Musicians from the Isle of Wight Symphony Orchestra and Fusion Arts Academy joined Platform One students in submitting home-recorded segments of the song.

Pontin: Students have produced some fantastic outcomes
David Pontin of Platform One said:

“This has been an incredible project and an opportunity to genuinely thank all key workers. We are really proud of the efforts and energy of the numerous musicians who contributed.

“Lockdown has been an extremely busy time for Platform One students and staff who all went to working remotely. Students have responded in a mature and positive way and produced some fantastic outcomes – the Angels project will be a fitting reminder of the times we have experienced.”

They were joined by Wightlink-sponsored performers from Fusion Arts Academy and the Isle of Wight Symphony Orchestra.

Dave Russell of Wight Media Services produced a video to accompany the song.

Oldham: A heartfelt thank you to all involved
Maggie Oldham, Chief Executive at Isle of Wight NHS Trust and a Robbie Williams fan said,

“A heartfelt thank you to all involved in what is not only a beautiful and professional recording but also an enduring gesture that that will be warmly received by all those working in – and supportive of – the NHS as we celebrate the service’s 72nd birthday. We would also like to use this opportunity to extend our thanks to everyone without whom the NHS wouldn’t have been able to respond to coronavirus.

“It is fitting that the NHS, which relies on the support of so many individuals, groups and organisations, has been recognised by a recording project that also has collaboration at its very heart.”

Willey: To have a focus and sense of achievement has been a lifeline
Joanna Willey from Fusion Arts Academy said:

“It has been a privilege to be involved with this wonderful collaboration between ourselves, Wightlink and Platform One College of Music.

“To have a focus and to feel a sense of achievement during these difficult and unpredictable times has been a lifeline to many of our performers in our Fusion Arts, Wight Notes and Sounds Lively choirs.”

Wightlink in the Community network is just brimming with talent
Stuart James, Wightlink Director of Marketing and Innovation said:

“We were delighted that Platform One has taken an idea and turned it into such a memorable tribute to the Island’s key workers and NHS staff.

“Platform One and our Wightlink in the Community network is just brimming with talent and this is a wonderful project that we are proud to be associated with.”

The recording was enabled after licensing permission was given to Platform One by Universal Music Publishing and the artists Robbie Williams and Guy Chambers.

Anyone wishing to donate to the NHS charity can do so via this Just Giving Page or directly to the charity, details here.

I went to work and did what I get paid for too. Not quite as much pay as a nurse nor did I get the best PPE, infact none and if I caught Covid whilst at work I would get minimum sick pay not a full wage, and I don’t get the best pension available of anyone in the UK or paid training. Wheres my song.