Jonathan Dodd: Back to the Stone Age

Jonathan Dodd returns with his Sunday column and this week shares his frustrations, and surprise of how it made him feel, of losing Internet and Satellite access 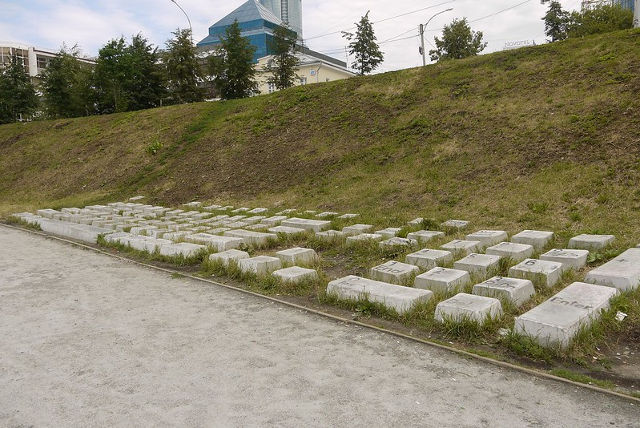 Sometimes it’s a good thing to be made to realise just how much you depend on certain aspects of civilisation. That’s what I’m saying, and in my head I know it’s true. But the rest of me is screaming and gibbering in the corner. The events I’m about to relate are, frankly, rather unimportant and hardly life-threatening, but nonetheless, it’s been an interesting week, in so many ways.

Firstly, I can only say that ‘it could only happen to me’, except that everyone has one of these strange experiences every now and then. It all started with scaffolding being put up round my house. Painting was going to happen, and the house was going to be made more presentable. A good thing. Except it hasn’t happened yet, mostly because it hasn’t stopped raining all week. Not being able to park in front of the house means I have to find somewhere on the road for the car, which is only mildly annoying.

These are all small straws
It doesn’t help that every road in Ryde is being resurfaced, or that they’re digging up all the pavements to lay fibre-optic cables. It’s just a little bit harder to find parking spaces. I’m lucky to have a car, and lucky to have enough space in front of my house to put it. Normally I would be relaxed about all this. These are all small straws and in no way back-breaking. I decided to watch some TV, and that’s when I realised that the scaffolding had been very carefully positioned all round my satellite dish. It was practically a work of art, and beautifully executed. My dish has been trapped in a baroque cage of scaffolding poles, a bit like a medieval form of torture that allows no movement and great restriction without visible damage. And the scaffolding has obliterated the signal from those lovely satellites way up there in the sky.

Of course, a few days without satellite-derived TV signals wouldn’t hurt, because there’s always Netflix and the possibility of receiving a lot of stuff through the Internet and its various catch-up services. The problem was that at almost exactly the same time our Internet disappeared. The router sat there, with lots of little lights merrily winking at us, but several of them were red instead of green. My first thought was that the scaffolding had somehow disrupted the signals, but the phone worked normally, and it didn’t seem like the two problems were related, apart from the obvious thought that they must be, because they both disappeared at the same time.

Eventually I gave up trying to be a hero
Needless to say, I wasted a lot of time checking all the wires and cables, unplugging and replugging cables, switching off and rebooting everything several times, and racking my brains until they cried out in pain. I realised that I had no way of watching anything on my TV apart from DVDs, and no way of connecting to the Internet on my PC, and no way of communicating with anyone outside apart from using my mobile or landline. I realise that lots of people use their mobiles most of the time, but I’m not a fan of watching things on mine, and definitely the idea of writing anything more than a few words long on that ridiculous keyboard at the bottom of the screen fills me with despair and loathing. For instance, I’m writing this on my PC as usual, but I’ll never be able to send it anywhere until my Internet connection between the PC and anything else is restored.

Eventually I gave up trying to be a hero and phoned my Internet supplier. Here I am absolutely going to state without prejudice that my Internet supplier is fantastic. They cheerfully and helpfully responded to my cries for help, and set about finding out what was the problem. They phoned back later and explained that they had tested everything, but couldn’t find any fault with their part of the service.

I was surprised at that, because I use a local fibre supplier, which I moved to because I wanted somebody who I could phone up , and because I was escaping from the long and sticky tentacles of the entity that used to be British Telecom. It turns out it wasn’t so. My supplier still has to route part of the signal to and from me via wires that belong to part of the Evil Empire (EE for short). So my supplier could only apologise on the behalf of the EE, and tell me they had lodged a formal request for some urgent pulling out of fingers to resolve the problem, whatever it was.

Effectively, in truth, I no longer exist
I was thinking that the EE might be digging up all the pavements, and they might have accidentally cut a vital wire somewhere. But apparently not. After days during which the aforementioned urgent message was not responded to and then was acknowledged without urgency, senior representatives of my supplier raised the matter with equivalent senior managers, and finally I was informed that the EE had ‘lost’ me.

It took a while for me to understand what this meant. Apparently I am a customer with the EE, because stuff from my supplier is transferred from their wire to the EE’s wire, and my identifier is used to bill my supplier for the EE’s wire usage. Somehow my identifier was ‘lost’. So it all just no longer exists. My signals don’t exist, the fact that my signals don’t exist has also been obliterated, and my presence in that part of the EE’s business is no longer acknowledged. Effectively, in truth, I no longer exist.

Everybody says they’ve never heard of this happening before. It feels like surviving a plane crash in a plane that was never registered on a flight that was never logged. If they don’t know you’re lost, they won’t set out to find you. This is a slightly unnerving feeling. My weird and wild imagination began to run riot. Suppose that happened to my bank account? I have no idea what caused the crash, and neither has my wonderful Internet supplier, who are doing their best to get the EE to move itself into action, but it’s the weekend now. My supplier will send someone out to me with a dongle on Monday that’ll give me mobile Wi-Fi free of charge, so at least I’ll be able to get my PC to interact with the world, and they’re going to compensate me, and they’re going to keep complaining about it to the EE. They’ve also assured me that, once the cabling is complete, they’ll be able to connect me up so they’ll own all parts of my supply, and that’ll make me happy.

Life before the Internet vs Life without the Internet
In the meantime, I’m going to finish the wordy part of this long rant, and I’ll take it on a USB stick to Ryde Library, with which I’m very familiar, and I’ll search for suitable pictures using their free Internet facilities. And I’ll be able to send this column in hopefully so you can read it, if you want to. I’ll also be able to catch up with all that important email that I just can’t deal with on my phone. And I’ll be able to delete all the other dross that clogs my inbox all the time. Usually it’s easy to do it every day. I’ve got nearly a week’s worth now, and no estimate as to when my normal service will return. The dongle will help. But it’s a strange thing to be without satellite and Internet simultaneously, and it feels a bit like it used to feel before the Internet came along, except that was normal then, and now it feels as if something vital is missing.

I heard somewhere that ‘the end of civilisation is just two missed meals away’. That might be attributable to Neil Gaiman but I think it’s a lot older. I’ve always understood that to be true. But I hadn’t felt it about the loss of Internet and TV before. I do feel cut off and uncomfortable. I didn’t realise how much time I spend in front of a screen, and how much I depend on interaction with that screen for most of my daily intake of information. And I hadn’t realised how uncomfortable it feels not getting that information. I am reminded right now how fast things happen nowadays, and how amazing it is that we adapt so completely to changes, and how easily we become dependent on what’s in front of us. And I’m amazed how disturbing it can feel to lose those very things. Hopefully, in my case, it won’t be for long. It has only been six days. So far.

All the same, just in case this is the beginning of a slide all the way back to the Stone Age, I’m going to enrol in a flint-making course.

1 Comment on "Jonathan Dodd: Back to the Stone Age"

@Jonathan Dodd – a bit of an out-of-body experience! I look forward to pictures of the flint-making course…