Hundreds of homes on the Isle of Wight have been lying empty for six months or more, figures show. 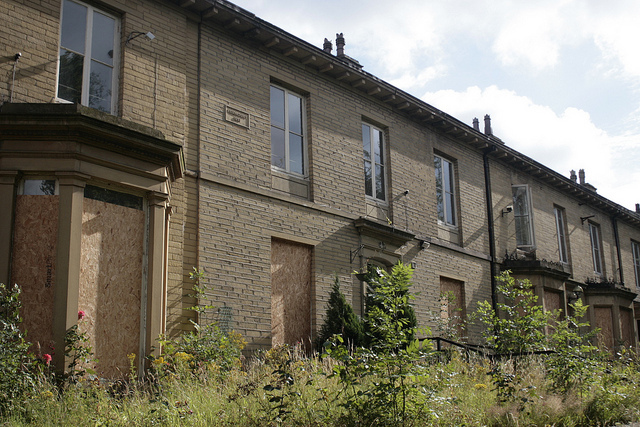 Hundreds of homes on the Isle of Wight have been lying empty for six months or more, figures show.

That means 56% of the vacant properties in the area had been sitting empty for six months or more.

In total, 950 properties were found by the Ministry of Housing, Communities and Local Government to be “unoccupied and substantially unfurnished”.

27% decrease since 2017
The number of long-term empty homes has fallen significantly since 2017, when there were 730 such properties – a 27% decrease.

Action on Empty Homes campaigns to bring more empty properties back into use for people in need of housing.

Government statistics do not include derelict properties that could be refurbished, or second homes that are rarely occupied.

The majority of the long-term empty properties were low-value houses in the bottom two council tax bands, which made up 52% of the total.

The canary in the coalmine
Action on Empty Homes campaign manager Chris Bailey said that many neighbourhoods at the lower end of the housing market are “blighted by empty homes and under-investment”.

“Empty homes are a canary in the coalmine telling us the stark reality of our broken housing market. The time to fix that is now.

“Across England more than a million families are on social housing waiting list, and tens of thousands are in often unsuitable temporary accomodation.

“Every empty home is a wasted opportunity to make a family’s life better, and at a time of national housing crisis this is more critical than ever.

“The Government needs to invest money in getting these homes back into use, particularly in lower value markets, in order to meet the high level of housing need in those communities.”

National comparison
Across England, 228,000 properties had been unoccupied for more than six months, up from 217,000 last year.

“Looking at the figures today, it’s exasperating to see that the number of empty properties has increased at a time when there are so many families without a safe and secure place to call home.”

Social housing a priority
But she said that the Government should prioritise building more social housing first.

“Some of these homes will be empty for good reason, and others are in the wrong place to offer any kind of practical solution for those in desperate need of a home.”

Council tax premium
A spokesperson from the Ministry of Housing, Communities and Local Government said:

“Local authorities have a range of powers at their disposal to tackle long-term empty homes, and we expect them to use them.”

Next year local authorities will have the power to double council tax on homes left empty for two years or more – a premium currently capped at 50%.

On the Isle of Wight, the council charged a premium on 170 longer-term empty homes.

Therefore less need than claimed for allowing the loss of precious Island farmland and open space for hundreds of new build homes?

And good reason to expect the council to comply with what the (wo)man from the ministry said?

Vote Up20-1Vote Down
profoundlife
I fear this is a red herring. There is a housing issue, but this isn’t able to do much at all. They’re saying about 0.75% of houses are empty more than 6 months. That’s like saying the whole of Fairlee Rs from the Cremation island to the centre of town has 1 house empty for more than 6 months. Could be delapidated and being repaired. Could take… Read more »
Vote Up4-2Vote Down