This reader believes that if the Isle of Wight council will not listen to residents or give a reasoned response as to why they acted the way they have, “then perhaps they’ll be forced to listen to legal argument”. 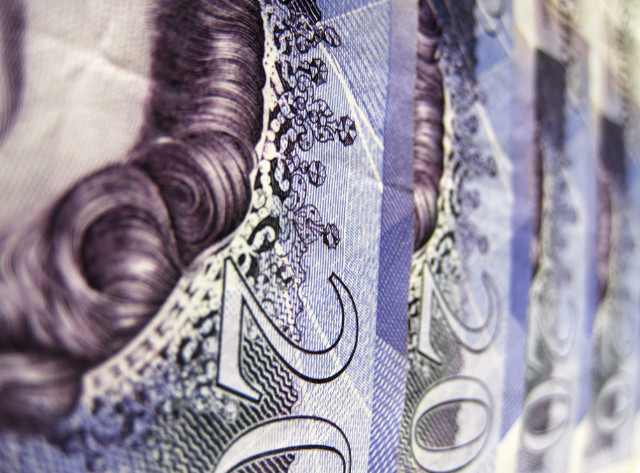 This from Christina Nicholson in Ryde following the delegate decision made by Cllr Ian Ward earlier this week. Ed

Why is the Isle of Wight Council at odds with its own MP?

Isle of Wight Conservative MP, Robert Seely has made a lot of comments about how he sees his role on the Island and the state of the current house building program.

In his maiden speech he said:

“I welcome the Government’s commitment to social housing and starter housing from the bottom of my heart. I find it difficult to explain to my fellow Islanders why rich property developers were able to build houses there that most of my constituents could not afford. We do not need large-scale projects, which are heartily disliked by many Islanders. They do significant cumulative damage to our precious landscape, on which much of our tourism—which accounts for half our economy—depends.

“We do, however, need genuinely affordable projects to provide homes for Islanders, and we will work with the Government to build them. Our Island plan should reflect that. For my Islanders, housing is hope, especially for the younger ones.”

Letter to Cllr Ward
In view of this statement by Mr Seely I wrote to Cllr Ward, who has made the extraordinary unilateral decision of imposing a transport restriction order (TRO) on Hope Road purely for the benefit of a developer.

We should bear in mind that Cllr Ward was an army engineer for 30 years and was a member of the Institute of Road Transport Engineers.

“IRTE supports transport engineers throughout their careers and encourages high standards, with an emphasis on safety and best practice.”

Pointing the finger elsewhere
However, in my view, Cllr Ward takes no responsibility for his actions, much like the Cowes floating bridge fiasco.

Cllr Ward alone made the unilateral decision to place an TRO on Hope Road. I asked Cllr Ward why, when he could have refused it. However, instead of taking responsibility for his actions, Cllr Ward pointed the finger at the government, council officers and highway engineers for placing developers over Island residents.

“IW Council bound to comply with government policy”
I think the one paragraph that sums up the stupidity of Cllr Ward’s decision and decisions made by the current planning office is the spin they try to put on housing development on the Island.

The paragraph used by Cllr Ward was,

“The IW Council and every other council are directed by government policy to allow the building of a defined number of homes per year. Mr Seely MP does not agree with that policy for the IW and is seeking to get the IW exempt from that policy. Until that is achieved the IW Council is bound to comply with the government’s policy as it currently stands.”

For me, this above statement reads,

“All developers are welcome to exploit the Island and ignore the wishes of Island residents. If you wish to build outside the development area just threaten us with court action and we’ll give in.”

Rejected planning app returned by Head of Place
Hope Road was outside the development area and planning was originally refused.

The council was informed by the then Head of Place that legal action would be taken against the council, so it appeared to many that the council just caved in when permission was given.

Objections ignored
Not one thought for the destruction of an historic farm or the subsequent impact on the residents of Hope Road.

Their objections and those of their elected representative have been ignored by Cllr Ward, such is the arrogance of this man that it brings the whole council into disrepute.

Time for Ward to go
If Cllr Ward is incapable of accepting responsibility for the implications of his unilateral decision, it is time for him to go.

In my view, Cllr Ward, despite his 30yrs service as a transport engineer, is in a position that is beyond his capabilities and residents are suffering because of it.

Crowdfunding for legal action
I believe there are a lot of unanswered questions about how the Hope Road situation arose and I hope the residents of Hope Road take the same path as the original owner of the land.

That is, to threaten the council with legal action. If this council will not listen to residents or give a reasoned response as to why they acted the way they have, then perhaps they’ll be forced to listen to legal argument.

I am happy to put money into the pot to kick off crowdfunding. The Island’s house building situation cannot continue in its current form.

MP needs to act now
Given the above, I contacted Bob Seely MP to ask what progress he had made since issuing his statement. I further asked if he would be supporting the residents of Hope Road in getting answers. I am awaiting his reply.

If Mr Seely wants our young people to stay on the Island and make it a better place, then he needs to act now.

If there is going to be house building then let it be appropriate and, more importantly, affordable. Otherwise it’s just meaningless talk.

Filed under: Island-wide, Letter to the Editor, Planning, Ryde, Isle of Wight

Councillor Ward is clearly out of his depth and incapable of listening to reasoned argument – as indeed are several other members of the IoW Council.

Vote Up34-1Vote Down
garyeldridge
No further comment is needed concerning the decisions of Councillor Ward, as they speak for themselves. What I find very hard to accept is Councillor Ward’s activities, decisions and utterances, exhibit a deep and compete lack of regard and respect for the residents of Hope Road where the expressed wishes of the resident voters are completely ignored and not even considered. Councillor Wards latest decision is, however,… Read more »
Vote Up230Vote Down
Geoff Brodie
The problem at County level is the (optional) Cabinet-style local government at County Hall, where one councillor can override the wishes of the many. I tried to get this removed on the IW Council before the Council elections last year, but the leader of the Council Dave Stewart successfully moved ‘next business’ without allowing debate. A named vote was taken on that, the result of which was… Read more »
Vote Up16-1Vote Down
alisonjane
Christina, You are perfectly correct in your interpretation of what was meant about housing + planning applications on the Island. For many, many years it was well known that ‘ brown envelopes’ changed hands in order to get planning permission. I have spoken to many who have witnessed this. Nothing else would explain some of the hideous buildings + developments the Island has acquired. In 2014, I… Read more »
Vote Up16-1Vote Down