Letter: The climate emergency is very real, and very worrying

This reader has become an active campaigner over the last six months in the movement calling for action from governments to tackle the causes of climate change and believes more people need to know about the climate emergency. 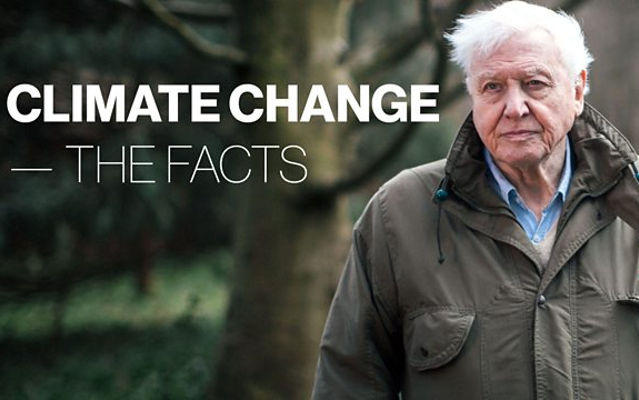 This letter from Julie Hutchinson. Ed

I have to start my letter with a story about something that happened Yesterday. I was walking into town and my two sons were telling me that I was getting boring to them, because all I talk about is the environment and Extinction Rebellion.

For the last six months I’ve been very active. I’ve stood outside County Hall for a week with a banner around my neck, I’ve helped give out leaflets, I’ve helped organise events, made and distributed posters, been to a lot of meetings. I’ve made an enormous amount of new friends, my life has changed dramatically. We have some wonderful specialists here on the Island , we are truly a lucky community.

My eldest son said, “You don’t know that, you’re just telling us that”. So I said “Right, come on, let’s go and ask those people at the bus stop”.

My sons were embarrassed that I was going to approach complete strangers.  So I asked a lady with three young daughters, “Excuse me, do you know anything about Extinction Rebellion and what’s going on in London?” and she replied “No”.

Next question “Do you know anything about the climate emergency we are all in right now?”, “No, I don’t have a television licence” .

So I said it’s in the news, that she should have a look. She kept nodding and looking down, she found it difficult to hold eye contact and clearly wanted me to go so she could look at her phone.

And the same again
Next couple, in their early 60s , I ask the same questions to. Again, they didn’t know – they looked bewildered for my asking them, and said they were only waiting for their bus. Again, I said “look at the news”.

And so it went on, five different couples, families – none knew, all were indifferent – I was a stranger to them, they didn’t know.

Climate emergency worries me
From the time I started to get really active six months ago, I have been greeted with this and worse. Some have been hostile towards me giving them a leaflet and wanting to just talk to them. I’ve seen parents grab their children’s hand and drag them past me, only to have the child look back as if to say that they’ve heard about it, and they’re interested. I don’t think I look like a threat: I’m a mum of two.

Climate emergency worries me. It is the elephant in the room of all conversations. Yet this conversation affects each and every one of us, and the natural world.

20 friends
I wrote a message to 20 friends asking them why they didn’t take part in the Extinction Rebellion protest back in in March. I got six replies (one artist friend went out of his way and asked people he works with, because he was interested in why people don’t go).

Even though I approached that message as a friend and asked for brutally honest answers, assuring my friends that I wouldn’t be judgemental about their response in any way possible, only wanting to know the truth. I asked them; Did they know? Were they climate aware?  Does it interest them? What’s their opinion? Do they think protest works?

Silence from 14 friends . I’m not upset about that, because I know when I see them, it’ll be OK. But that silence told me something, it rang an alarm bell in my mind. These are friends I can engage in any conversation with and feel at ease, not chit-chat about Strictly celebrity whatever.

In this instance, our planet is very, very ill. When your friend or loved one is ill, you want to help, you feel concerned.

So I’m asking your readers to get talking to each other, talk to your neighbours, talk to people you think might not know.

Communication is vital
The reason I’m asking people to talk, is that not everyone reads the news. When you’re on social media, your message only goes out to those who share interests. So the only guaranteed way to communicate is talking.

It’s a really hard thing to start doing, especially about something that is so grave in nature. Start talking in communities on how to cut down your carbon, share ideas.

Nurture the land properly
Learn about no dig gardening , permaculture and regenerative agriculture as ways to get carbon out of the atmosphere and back in the soil. We’re a garden island.

We look at green fields and think they are healthy whereas really, many of them aren’t. Our land could act as a carbon sink if it was nurtured properly.

You can get involved
We’ve got endangered marine life and biodiversity that needs protection. There’s a lot to get involved in.

The good thing is, you get involved, you make new friends, and we’re all good people. And you do something really worthwhile.

A massive show in people is what is needed to get message across to Government how serious we are about wanting a future.

We’re not going to get the knowledge out there until communities get together and talk about this, whether that’s your work community, school, friends, neighbours.

Watch the documentary tonight
There’s an urgent documentary on BBC1 tonight (Thursday) about climate emergency that is hosted by David Attenborough. It’s a pointer in the right direction.

There’s no guarantee this is going to work, but it’s either we pull together and try our hardest at this, or we don’t and many of us die.

Let’s act on this and build communities.

Filed under: Environment, Island-wide, Letter to the Editor

15 Comments on "Letter: The climate emergency is very real, and very worrying"

No dig gardening works for me and I’m convinced that rewilding is a more promising solution than conventional tree planting.

Agree on not digging. And to get new woodland we don’t usually need to plant trees – they can do it themselves with the help of the wind, or squirrels, jays and other non-human animals. Rewilding is great – but if we also want food from the land then we do need to actively plant some trees such as nut trees and fruit trees. http://climatefriendlygardener.co.uk/make-an-orchard-garden/

This is something I wholeheartedly agree with. Man is a parasite that the planet could choose to shrug off at any time. This lady and the protesters in London are the pebble that will hopefully start an avalanche.

Vote Up18-6Vote Down
greenhey
One of the myths dredged up by climate change deniers is that it is a hoax perpetrated by politicians to justify taxation. Sometimes I do wonder about the intelligence of our politicians , but I doubt they are so stupid as to think that by levying tax penalties to deter consumption, they will make the state rich. Because any action you take to deter consumption of a… Read more »
Vote Up60Vote Down
Rowan

kinghymie – Yes, but it’s not enough yet. The global carbon dioxide level is currently 412 parts per million. It was 280 ppm before we started burning fossil fuel. It had only got to about 300 ppm when I learned about carbon dioxide at school. To know that it’s gone up by a third in my lifetime is sobering. We need to do far more.

Vote Up5-2Vote Down
saveenergy
In the Late Carboniferous, similar temperatures to now & CO2 was ~800ppm & in the Jurassic, temperatures were approx 2°C more than we have & CO2 was ~1,900ppm. The Carboniferous Period and the Ordovician Period were the only geological periods during the Paleozoic Era when global temperatures were as low as they are today. To the consternation of global warming proponents, the Late Ordovician Period was also… Read more »
Vote Up3-4Vote Down
saveenergy

Sorry, it was late, I forgot to add – when carbon dioxide was 280ppm we had the Roman & Medieval Warm Periods (3° & 2°C warmer than today) and the Little Ice Age (2°C cooler); so what point about carbon dioxide are you trying to make ?

Vote Up4-4Vote Down
saveenergy
Arrogant hypocrite Emma Thompson flew in from Los Angeles an approx 11,000 round trip (Apparently she only flew business class & claimed that “At 60 I’m far too old to fly economy” ) to tell us WE shouldn’t fly !! Regarding extinction rebellions poster child – 16yr old autistic Greta Thunberg, she reminds me of a 12yr old French shepherd boy named Stephen of Cloyes, who lead… Read more »
Vote Up5-4Vote Down
kinghymie
Where’s the good news? That carbon emissions are now lower in the UK than at any time since 1890. That carbon emissions in the UK are 40% lower than in 1990 and emissions from fossil fuels dropped by 6% in the last year. All in government figures published in February this year. Successive UK governments are clearly “serious about the future” as they have brought about a… Read more »
Vote Up5-7Vote Down
Steve Goodman
Misleading at best… Firstly (from memory of a graph with that 1890 carbon dioxide emission line marked, used at one relevant talk I attended) – the level went lower than that twice, about a hundred years ago. Secondly, one big reason for the claimed recent lowered UK emissions is the outsourcing of our polluting associated with the massive reduction of our own manufacturing industries and the alternative… Read more »
Vote Up8-4Vote Down
Steve Goodman

Now that government has finally acknowledged our environmental emergency, we need them to start acting accordingly, for example by bringing to an end the suicidal insanities of airport expansion, new road building, promoting fracking, continuing other fossil fuel subsidies, being able to buy single use plastics, and so on, and so on, and so on…

An appraisal of the David Attenborough’s film “Climate Change – The Facts?” – backed up with actual data. In 2 parts –

Just wondering how many air miles Attenborough & his chums at the BBC have clocked up & what the carbon footprint of this adds up to?

Did you watch the programme?

In this case not many air miles, I suspect, because we see David Attenborough speaking from here in Britain, as the link between the different climate scientists, and the film clips that aren’t the ‘talking heads’ are clearly taken from existing footage.

That’s amazing, I wasn’t aware that David had made all those wonderful wildlife programs apparently from all over the world without actually going there!