Islanders who regularly drive through Portsmouth may wish to take part in this survey calling for views on a possible £8 per day clean air zone charge in the city. 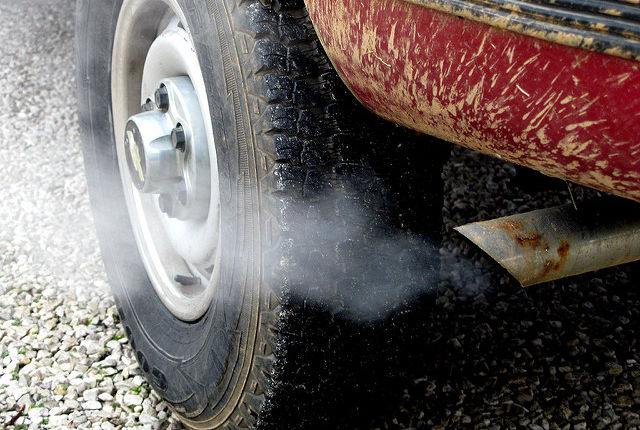 Portsmouth City motorists who could be hit with charges of up to £8 a day are being asked for their views in case a clean air zone is imposed in Portsmouth.

As previously reported the government could enforce a chargeable driving zone on Portsea Island (where’s this?) if the council fails to prove by October that it can reduce air pollution .

These include motorists with petrol vehicles registered prior to 2006 and diesel cars from before 2015 as these would not be compliant with the emission standards.

“We will be putting forward a strategy to the government that improves our air quality and people’s wellbeing through other non-charging activities.

“However, if a clean air zone is imposed on Portsmouth, because the government thinks this will be the best way to see improvements in air quality, this could come into operation as soon as 2021.

“So I’d urge everyone with non-compliant vehicles to take part in this initial survey so we can understand the impact that the different levels of charging could have on them.”

Your views will inform strategy
The survey will inform the strategy that will be put to the government later this year. If a charging clean air zone is imposed the council will launch a detailed consultation in the autumn.

“Vehicles are the highest contributor to poor air quality in the city and just by turning off your vehicle when stationary for more than a minute can make a difference, or change the way you travel, take the bus, walk or cycle.

“Every small change we each make will cumulatively make a difference.”

It comes after the latest readings of dangerous nitrous dioxide (NO2) in the city showed that 16 areas in Portsmouth were above the ‘safe’ level last year – up from four in 2017.

Sheerman-Chase: Glad that action is being taken
But Portsmouth Green Party member and clean air campaigner Tim Sheerman-Chase believed that even imposing a clean air zone might not be enough.

“I am glad that action is being taken and this is becoming more of a priority for the council.

“But clean air zones like the one that could be implemented in Portsmouth usually achieve a small percentage drop in pollution and we need to see at least 10 per cent.

“We need to look at ways of improving public transport and cycling and walking provision too. If the zone comes in it is likely the poorest people in the city will be hit the most as their vehicles will be older and public transport might be too expensive for them.”

Share your views
The clean air zone survey is open online until 5pm on Thursday, 4th July. Local business will also be contacted to gain their views.

Taxing drivers for air pollution does precisely nothing towards dealing with or solving, UK’S 40,000 preventable deaths each year from breathing foul air. IOW residents have no room for either smugness or complacency; this area is equally subject to traffic pollution & black fumes are frequently visible spewing out the ferries & other maritime traffic.

Another reason not to go into Portsmouth.

As if we needed any more.

Vote Up3-6Vote Down
t5mikka
If the council didn’t cause the pollution in the first place then they’d be no need for this. Traffic lights that change every few seconds and cause gridlock even though there is no traffic travelling across from other roads. £8 a day plus £7 parking you must be joking. We have 2 electric cars in the house but if they bring this out I won’t go back… Read more »
Vote Up12-6Vote Down
Benny C
Most road traffic using the ferries, particularly commercial, is relatively new as far as I can judge so this has limited impact provided the charge is well judged. Southampton has (arguably) a larger problem – the volume of traffic serving its huge commercial port and the fact that currently some cruise liners cannot connect to shore power and sit on the quayside yards from the city centre… Read more »
Vote Up8-7Vote Down
Tim

The obvious road improvement would be to divert island bound traffic to JCT 10 on the M27 then via a link road/tunnel to the island. That would relieve the M275 & M271 and both Portsmouth & Southampton city centres of unnecessary through traffic heading to and from the island.

Yawn…Didn’t take long for the tunnel brigade to start spouting their usual nonsense.

No, its a fact. Removing island bound through traffic from Portsmouth & Southampton will improve their air quality.

Maybe, but will do nothing for ours. Not going to happen anyway.

Not whilst the ferry companies are exercising their stranglehold on the decision making process, but at what a cost to native islander’s living standards!

I could have predicted that response from you, almost word for word. You never cease to amuse with your conspiracy ramblings.

Vote Up8-8Vote Down
Tim
Actually its true, have you read the IW Transport Boards minutes? You have to do a FOI request to get them. Also suggest that you look at the various SLEP documents that pertain to this subject-there are quite a lot of them, and the Cross Solent Services Task and Finishes report on the IWC site. It will give you an insight into the huge negative impacts that… Read more »
Vote Up10-7Vote Down
Mark L Francis

Vote Up9-8Vote Down
konkon
Firstly it is noted that this consultation is of an extremely short period and badly advertised which will limit the number of responses dramatically. This situation has been brought about by Portsmouth City Council policies over recent years. 1. Humps (calming measures) which causes more pollution due to lower speed which causes lower gears being used, acceleration between a series of humps and a longer time spent… Read more »
Vote Up2-2Vote Down
Tim