Following a consultation, residents’ parking zones have been requested on 84 roads in the town. 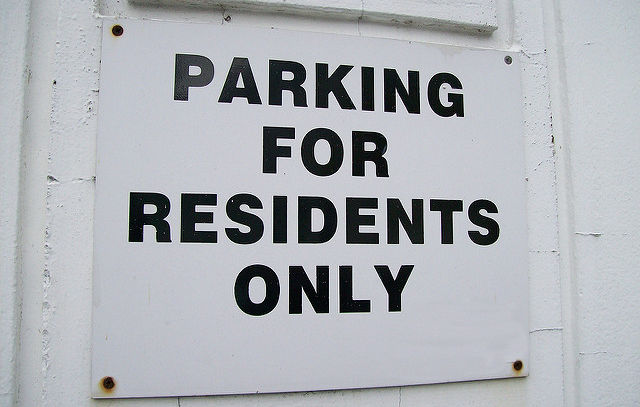 Letters have been sent to people living in roads earmarked for residents’ parking zones.

Voting slips were included with the letters.

24 roads meet criteria
Following an initial consultation, residents’ parking zones have been requested on 84 roads in the town. Thirty-two roads have already been surveyed.

Of those 32 roads, 24 have met the criteria for the scheme and will now be subject to a residents’ consultation and voting period.

The next streets to be consulted will be West Street, Portland Street, Cross Street and Clarence Road.

If parking zones are introduced, residents would not be guaranteed a parking space.

However, it would stop non-residents parking there between 8am and 6pm, Monday to Saturday.

Since the policy was approved last year, however, she has been able to advise people they can request a parking zone.

“The council has been working on a residents’ parking policy which was published late last year, with six schemes a year.

“There is a lot to be done — and proof there is a need for it. When it comes down to it, it’s the people of the street who say yes or no.

“This is such an issue for residents, but it is all about balance. Balancing the needs of the visitors, shoppers, workers, civil servants and residents for Newport, because it is the heart of the Island for commerce, for retail and for education.

“A local Newport strategy is being drawn up to assess that need.”

Cllr Jones-Evans said the strategy would look beyond parking to develop sustainable transport. She said,

“Our towns weren’t designed for cars. This is a medieval street layout. The Chapel Street car park is literally a bomb site.

“We need a good sustainable transport system with the train back from Ryde to Newport.”

Image: lydiashiningbrightly under CC BY 2.0

1 Comment on "Residents to vote on new parking zones"

0I delivered similar zones in those streets in Newport East closest to the town centre back in 2007/8 – Ash Rd, Beech Rd, Barton Rd, School Lane and Highfield Rd. Once we have finished with these central Newport requests, we will then move on to other parts of Pan where there is demand and other streets close to the town.