Rollout schedule for new Island Line trains, enhancements and what we can expect

If you’re asking – When will the first new train arrive? The free station WiFi start? The last 1938 train run? The half-hour service start? OnTheWight has answers for you. 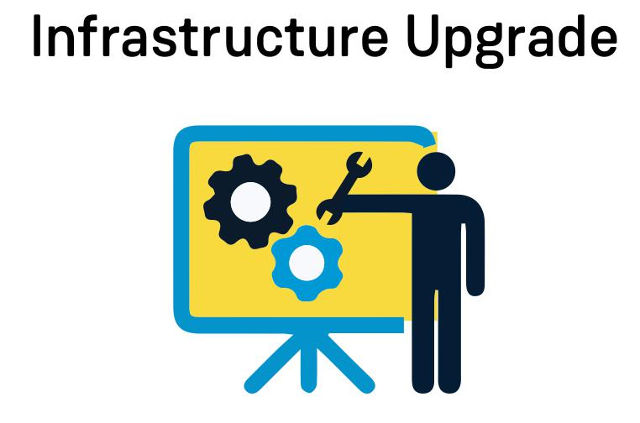 Now we know what the plans for the new train for Island Line are and what they’re going to look like inside, it’s time to find out what the timetable for the changes are.

It all looks good, but it does appear there’s going to be some disruption during Winter 2020/21 as work is carried out on the track.

Enhancements
One of the enhancements will be new ticket vending/dispensing machines at Shanklin, Sandown and Ryde St John’s.

Up until now – as anyone who has had to drive to Ryde to pick up train tickets they’ve bought online will attest – there’s only been one ticket machine on the Isle of Wight. Staggering really. By the addition of three new ticket machines (Or TVMs in rail lingo) life should be considerably easier.

The stations will, like the trains, get free WiFi.

7 Comments on "Rollout schedule for new Island Line trains, enhancements and what we can expect"

newest oldest most voted
hermit45
The new ticket machines will be really useful, as you say – would have saved me a trip to Ryde this afternoon. But it’s not true that that’s the only place on the island where train tickets can be picked up – the machines in the Red Funnel terminals at West and East Cowes dispense them. I’ve also picked them up from Wightlink at Yarmouth, though I… Read more »
Vote Up80Vote Down
1andi

Its the old adage. When you move into a new address, one must check the neighbouring infrastructure for noise and vibration. The railway has been there since Victorian times so presumably was noticed during this relocation?

Of course it’s good news but keep it in proportion. The frames on which they are being built, when going into service, will be almost forty years old.

Well I suppose that there always has to be somebody with a glass half empty.
Why not welcome the investment made possible by the determined effort of all involved.
In fact the trains are pretty much rebuilt and represent a sensible re-use of equipment which otherwise would just have been scrapped. It is called “sustainable” these days I believe.

You misunderstand me.It IS good news compared to how it is now. And yes recycling is good .But we need to be realistic. Stock of that vintage will have more breakdowns and spares will be harder to source. You end up cannibalising existing stock to sustain what you have. Merseyrail have been in that position for ten years and next year will replace the whole fleet.

You don’t need spare parts for an aluminium bodyshell (which of course will help the corrosion issue we’ve all seen with the current stock) and the bogies are only around 10 years old (the originals having been replaced while in service on the District Line). All the other parts are new and therefore there are no 40 year old parts needing spares.