Ryde Town Council plan to offer deckchair, paddleboard and kayak hire once they take on Harbour 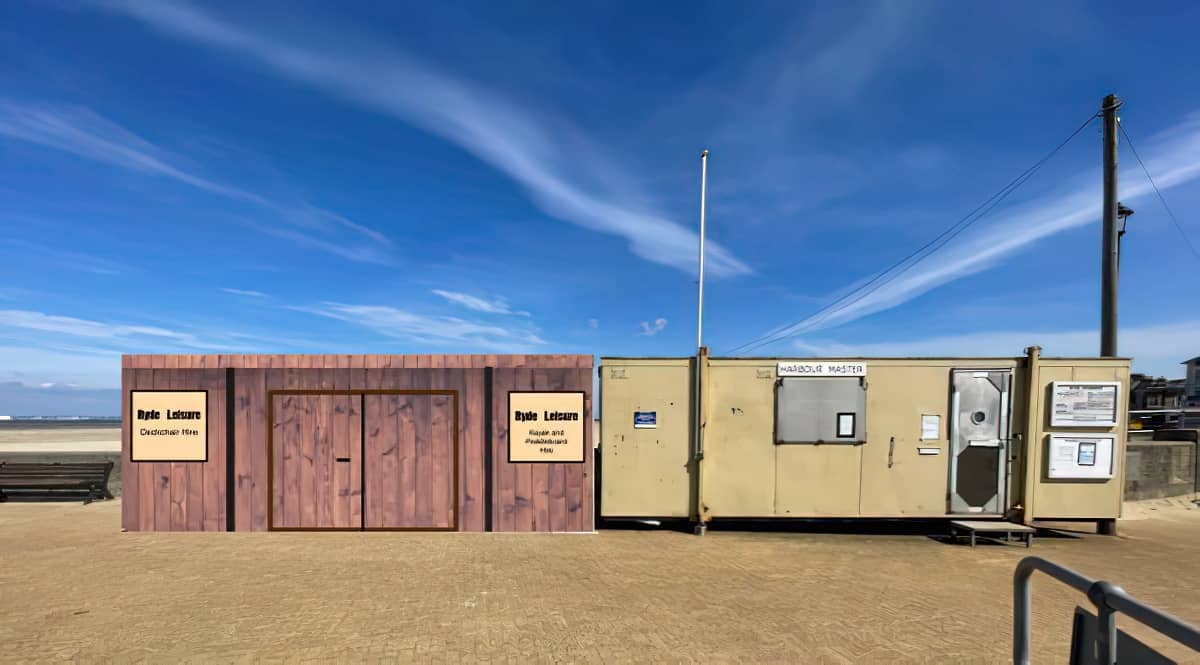 Improvements are already being planned by Ryde Town Council for when it takes on the town’s harbour.

Following two years of discussions, it was agreed last month, Ryde Town Council would be treated as special purchaser of Ryde Harbour.

The first in line
This means when details have been finalised and the Isle of Wight Council is ready to sell the harbour, which was built in 1990, the town council will be first in line.

It approached the Isle of Wight Council, offering to take over the harbour freehold to stop it falling into private ownership and submitted a business case with its proposals.

The town council is yet to officially take over the harbour, but is now planning ways to improve the offering.

Planning documents say it would also offer paddleboards and kayaks for hire on a stretch of beach along Ryde seafront, from the harbour to Appley Tower.

RTC decided to take on the concession
Images of the proposals show the business would be called Ryde Leisure and other documents say the hire business would operate between April and October each year.

The documents, submitted by the town council, say:

“The Isle of Wight Council has been offering the deckchair franchise [on] Ryde beach for some time without success. The town council felt it was an important amenity for Ryde so decided to take [on] the franchise themselves.”

The steel storage container would be clad in vertical cedar boarding to help blend in with the surrounding area and be there for no more than five years before a more permanent solution can be agreed, once the harbour is transferred to Ryde Town Council.

A mutual agreement has been reached between the Isle of Wight Council and Ryde Town Council for a licence to place the unit in this location, the only acceptable site.

Have your say
To view the application, 21/00772/FUL, you can visit the council’s planning register. Comments will be accepted until 24th May.

5 Comments on "Ryde Town Council plan to offer deckchair, paddleboard and kayak hire once they take on Harbour"

newest oldest most voted
michael5rydeeast
In 2019, a commitment was made by Ryde Town Council to put deckchairs back onto Ryde beaches. The Covid19 pandemic in 2020, made this impossible, but 2021 will see this this commitment happen. There is more to this deck chair action than meets the eye as it was the first decision in 2019, I led on as Mayor which led to a rollercoaster of change in Ryde… Read more »
Vote Up12-1Vote Down
Benny C

All god ideas. But all sideshows. They will not balance the books. What’s needed is clarity on the long term strategy via the signed off appraisal and dependent financials. Intrusive surgery is inescapable. On their own, these initiatives will barely scratch the surface.

Vote Up0-21Vote Down
Phil Jordan
Firstly, Ryde Town Council is in a strong and sustainable financial position due to strong financial management and realistic policies. It operates in the Ryde community on many levels and continues to deliver services, invest in the community, support community organisations, save its heritage and facilitate and fund events and much more. This latest venture is a resident/tourist offer and plays no part in budgetary necessity and… Read more »
Vote Up34-3Vote Down
Colin
I would agree with Phil Jordan here. By providing services in the local area then it is going to attract holiday makers, perhaps in a small way that may or may not run at a profit, but it will benefit other businesses within the area. With further investment and proper management then the Harbour may add to the broader picture and I think RTC’s approach here is… Read more »
Vote Up31-2Vote Down
Benny C

I totally agree. My point is that delivering the bigger plan, carrying through the investment and making it financially, operationally, socially and commercially successful are the key activities. Ryde are showing IOWC the way. That’s the press release. Deck chairs are for the ad campaign.