Have you seen the Pythonesque animated postcards of the Isle of Wight?

If you’re a fan of Monty Python you’ll love this collection of animated Isle of Wight postcards. 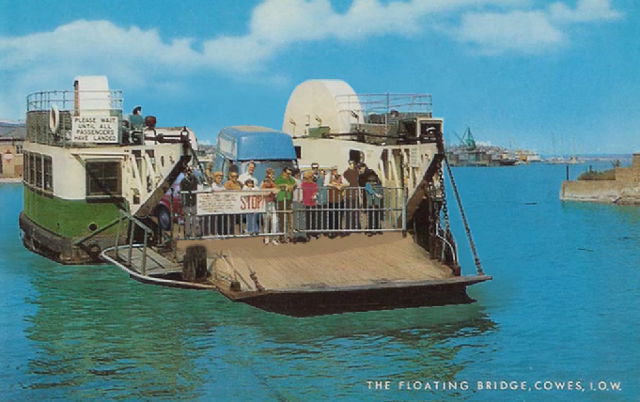 We absolutely love this video created by Justin Mason of animated Isle of Wight Postcards (embedded below for you).

Justin’s video popped up on Twitter over the weekend and has a great response already. He’s taken nine Isle of Wight postcards and added comic animations to each of them.

A journey around the Island
It starts with a 1970s-ish postcard of the Hover which sees the Hover fly off into the sky, not to be seen again.

Up next is Frederick Attrill, an Islander famous for his shell decorations at a property in East Cowes. The decorations are long since removed unfortunately, and this is aptly illustrated by Justin in the animation.

Creating a fright for maze-goers at Blackgang Chine and turning the tide at Sandown Bay are the next two animations.

The good ‘ole Floaty features next, offloading foot passengers in a more novel way than usual and then Newport is given the wobbly treatment.

Our favourites
The last three postcard animations are our favourite; a dapper chap in Shanklin having fun in the snow laden streets, followed by an ancient stone with a trap door in the Landslip and for the finale, a fluffy cat fom Newport imitating MGM’s Leo the Lion.

Well done Jason, we’d love to see more if you have any.

5 Comments on "Have you seen the Pythonesque animated postcards of the Isle of Wight?"

These are huge fun, and I loved the music and sound effects too. How brilliant to have Sandown shore doing its thing instead of the sea, (did I get that right?), and the efficient and speedy exit of floating bridge foot passengers. How about making these available as purchased electronic cards to email people, (as on Amazon)? I’d love to buy some.

Absolutely brilliant. Where can you buy them?