Two requests for a public briefing have been refused by the Isle of Wight council and this week Parish councillors voted overwhelmingly for impending St Mary’s Junction improvements to be be halted. 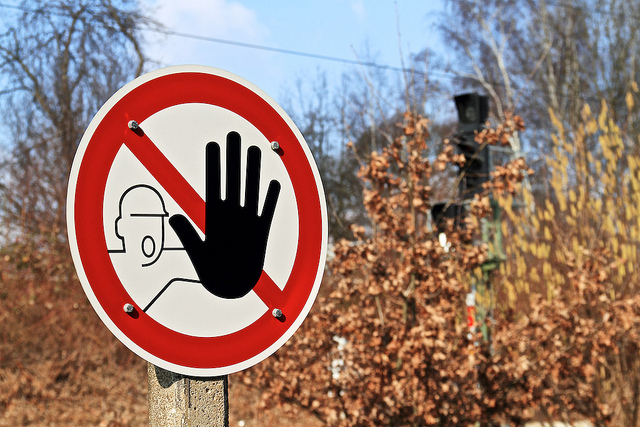 At Monday’s meeting of Newport and Carisbrooke Parish Council (NCPC), councillors voted overwhelmingly,  that the impending St Mary’s Junction improvements be halted by the Isle of Wight Council.

Request for public briefing refused
Members were informed by the Parish Chair, Cllr Julie Jones-Evans, that the Parish Council have twice requested a briefing on the St Mary’s Junction improvements to be held at a formal meeting of NCPC, in public, to fully inform Councillors, local representatives, businesses and local residents of the scheme.

Private briefing offered
This request has each time been turned down and instead an offer of a private briefing by and at agreed contractors Island Roads has been made.  Given the scale of the infrastructure, length of time to implement and the impact on the local community, the parish council felt this was an inadequate response.

“I have no option but to request that members of NCPC support me in asking the IW Council to immediately halt the proposed junction works at St Mary’s. While this scheme of course has some merits and would provide extra capacity, it fails to provide relief to the constant congestion experienced throughout Newport. I represent residents on Staplers Road, Fairlee Road, lower Newport High Street and part of Coppins Bridge. Residents and commuters daily have to put up with unacceptable levels of congestion.

“It is my view that alternative traffic improvement schemes should be implemented first. An example  being adding the proposed extra lane between the Matalan Roundabout and Coppins Bridge – a scheme that would offer an instant benefit and solve multiple problems while also providing some future capacity. It is also worth noting that St Mary’s being the largest planned scheme, would prevent any other scheme coming forward for at least the next two years.”

Price: Need to send a clear message
He went on to say,

“I am asking my colleagues to vote, asking the IW Council not to proceed any further on the St Mary’s scheme, until other improvements have been completed. This will send a clear message, voicing our overwhelming opposition to this scheme.”

Revised scheme needs consultation
Chairman of NCPC, Councillor Julie Jones-Evans pointed out during the debate that the new St Mary’s junction layout is fundamentally different from the one consulted upon a year ago and should have been resubmitted for public scrutiny.

“It’s the wrong scheme, at the wrong time and is going to cause massive disruption in addressing a problem that ranks well below those seen around Coppins Bridge and St George’s Way.

“Businesses on the industrial estate and town will suffer for many months, not to mention local residents. I fully support Councillor Price’s proposal.”

News shared by Joshua on behalf of Newport and Carisbrooke Parish Council. Ed

Image: frank_behrens under CC BY 2.0

newest oldest most voted
Colin
Excellent. The local politicians have finally woken up to the fact that this scheme is unecessary and will increase congestion after as well as during construction. And about time too. Maybe the next question that needs to be asked is who are the experts that Cllr Ward refers to in his assertions about the scheme and would they in any way be connected to the company that… Read more »
Vote Up50-2Vote Down
richardshanklinite
if we must have traffic lights why not just place them on the existing roundabout but have them constantly monitored to take into account the build up of traffic that is caused by lights anyway. Just look at the East Cowes ferry simple thing would be to prioritise off coming ferry traffic with lights on that roundabout and tie in the pedestrian crossing to a longer delay… Read more »
Vote Up7-1Vote Down
Colin
As to the scheme for adding a lane to the Matalan roundabout; this is just tinkering with the problem. Ask the question “Why are there always queues on this road?” and then look at the sets of traffic lights in the town centre. Ask why traffic is being funnelled past the bus station. Ask why isn’t the High street from the Castle pub down to St James… Read more »
Vote Up35-1Vote Down
chartman

Put in a legal challenge… ?

Vote Up35-2Vote Down
nigel54
I suggested to the cabinet member for infrastructure and transport Ian Ward in Febuary regarding this layout and suggested controlled traffic lights on the roundabout. It will be the same layout as at the Wandsworth roundabout by wandsworth bridge south London SW18, which is a main arterial route from south of the river Thames to north, (I used to live there) before the controlled lights were there… Read more »
Vote Up9-1Vote Down
brockbadger

So all is not in harmony in Newport twixt the Parish Council and the IW Council despite the constant assertions to the contrary – what a surprise.