Ventnor’s four match unbeaten run in Southern Electric Premier 2 came to an abrupt end on Saturday when they were beaten by six wickets at Havant. The home club’s Havant Park is becoming something of a bogey ground for the Islanders who have now … 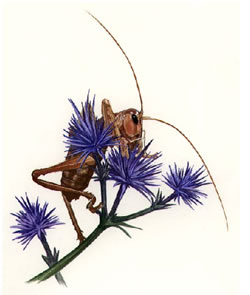 Ventnor’s four match unbeaten run in Southern Electric Premier 2 came to an abrupt end on Saturday when they were beaten by six wickets at Havant. The home club’s Havant Park is becoming something of a bogey ground for the Islanders who have now tasted defeat in three of their last four visits.

This latest reverse saw them slip to third place in the table behind Andover and Rowledge who retained their unbeaten records after convincing wins on Saturday. Mark Whyte’s side will now look to bounce back against Roger Miller’s table topping Andover side at Steephill on Saturday.

Saturday was a day to forget for Ventnor. Matt Compton’s late withdrawal on the morning of the game because of RAF commitments meant the injured Mark Fletcher was forced into action while Andy Whyte, Danny Briggs and Robert Snell were also absent.

Batting first, Ventnor suffered an early blow when Richard Pineo dismissed John Birchall, and then slipped to 66-3 as Ryan Shutte and Neil Westhorpe departed cheaply. Alex Lloyd (37) Ian Hilsum (25) and Martin Blackman (23) made contributions but the visitors modest total of 163 inside their 50 overs was someway short of expectations.

Ventnor were given a boost when Charlie Freeston made an early breakthrough but that was to be the last success until young pace bowler Tom Friend, making his Southern League debut, dismissed Stuart Ransley for 42 as Havant lost their second wicket at 94. Birchall then provided renewed hope with two quick wickets but from 114-4, the home side suffered no further loss with Mike Edwards seeing his side comfortably home with more than six overs remaining.

Ventnor welcome back Andy Whyte and Rob Snell for the Andover match though Matt Compton is again likely to be absent.

WOODHOUSE THE HERO IN THUMPING VICTORY
Young Ben Woodhouse was the toast of Steephill on Saturday as Ventnor defeated Bedhampton by 190 runs in Hampshire League Division 4 East.

The teenage opening batsman cracked a magnificent, unbeaten 159 to lead his side to a massive 357-3 with Pat Morris (54) Richard Wilson (54) and David Beven (45) lending support.

Pace bowler Chris Russell then took over to claim 6-26 as the visitors were dismissed for 167.

David Beven’s side travel to Salisbury for their next game.