‘State of Emergency’ is a brand new multi-stage show set to unfold throughout the duration of the festival, in a full-throttle, dazzling display of modern-day circus and mind-bending technologies! 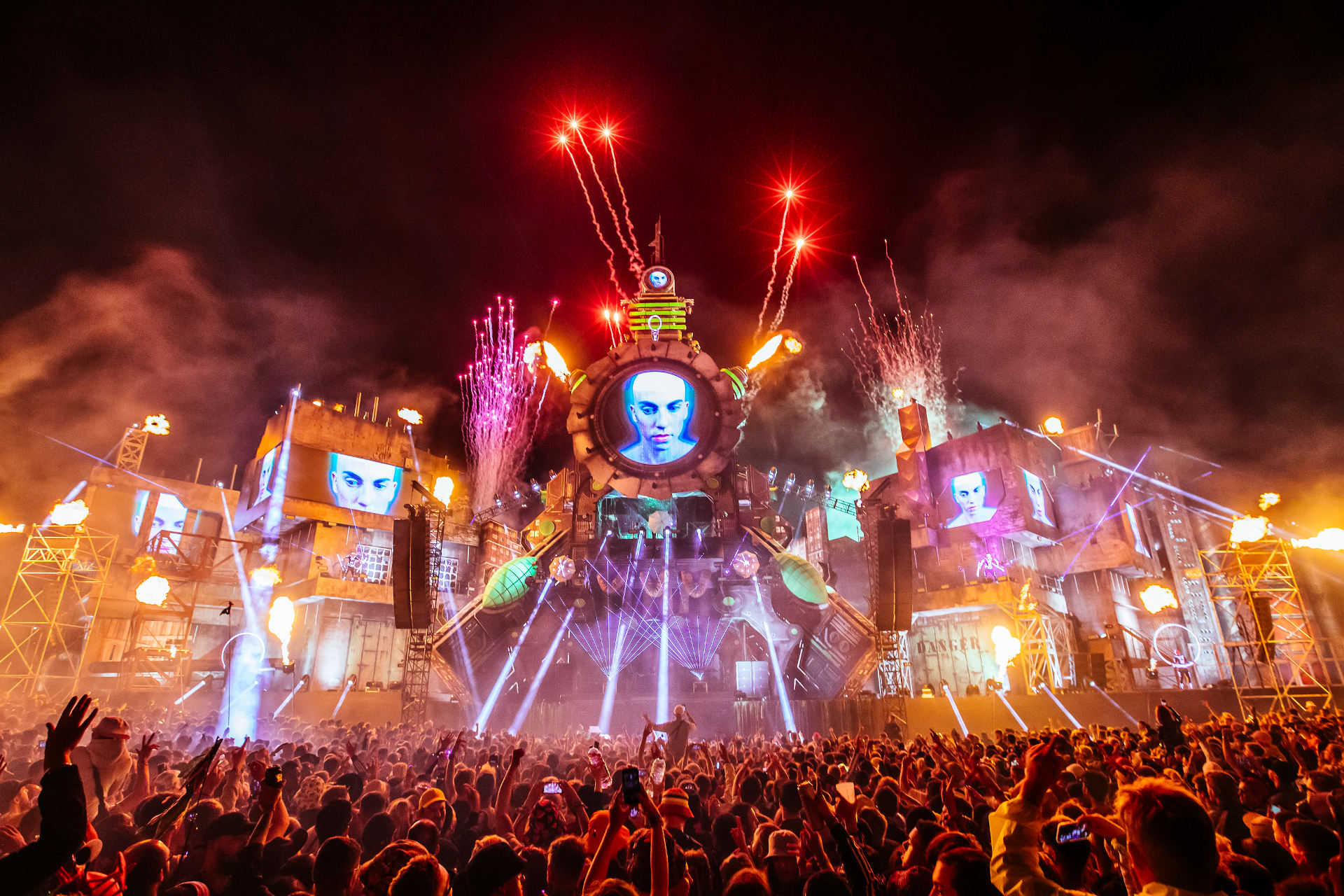 Update – 30th April 2020
In light of the current situation with the global COVID-19 pandemic, Boomtown Fair has announced that it will no longer be proceeding with the 2020 event. The next instalment of the unique, creative festival will now take place on 11th-15th August 2021.

The festival has confirmed that all customers 2020 tickets will remain valid for the 2021 event and will automatically roll over. The event is asking their customers who are in a position to do so, to keep their ticket for next year, or to hold off on requesting a refund for as long as is possible to help safeguard the future of the festival.

Since the loss of Bestival from the Isle of Wight, it’s not often you hear of a festival lineup that includes immersive theatre, icons of Hip Hop, musical pioneers and Grammy-winning artists, all across a whopping 27 stages.

But this is exactly what Boomtown, Chapter 12: New Beginnings – just across the water in Hampshire – will be offering this summer.

The incomparable 66,000 capacity, living and breathing creation of independent artistic endeavour, has once again surpassed its own expectations.

A brand new multi-stage spectacular show
Alongside unveiling an incredible lineup of international superstars and underground legends (see the roll call of honour below), the theatrically-led festival released the movie-like trailer for ‘State of Emergency’, a brand new multi-stage spectacular show that is set to unfold throughout the duration of the festival, in a full throttle, dazzling display of modern-day circus and mind-bending technologies!

Although the full details about how Boomtown will create this multi-stage spectacular will not be released until the festival, it is described as:

“A high energy, theatrical spectacular of circus and performance, as well as boundary-pushing sound design, technology and special effects to create a 360 degree experience across multiple stages and areas.

“Curated by Boomtown production and theatrical teams, as well as circus troupes from across the world, the Boomtown story will unfold on an unrivalled scale throughout the 5-days…”

The immersive game play is on!
In the distinctly cinematic launch trailer, avid Boomtown followers can find some very exciting ‘easter eggs’ planted within the trailer, as the gates to Chapter 12 The Maze are officially opened.

Find more out via the unofficial Boomtown story quest group. More official Chapter 12 details will be released over the coming months.

Incredible line-up over 27 iconic main stages
Aside from the in depth storyline, incredible stage sets, and jaw dropping production, Boomtown is also a music festival!

Headliners appearing across the 27 iconic main stages include; one of the most revolutionary and influential hip hop collectives of all time Wu-Tang Clan, grime pioneer and impassioned voice of a generation Kano and Grammy-winning multi-instrumentalist and producer Mura Masa.

The Libertines will be bringing their unwavering, unapologetic punk-influenced raw sounds to the Town Centre, making a much anticipated return to Boomtown is reggae legend Damian ‘Jr. Gong’ Marley, as well as a debut appearance from East Coast hip hop royalty De la Soul and funk-disco pioneers Kool & The Gang. Distinctive R&B powerhouse Kelis will take to the Lion’s Den, and one of the biggest names in DnB, Australian trio Pendulum Trinity sees the founding members of Pendulum coming together to perform their brand new state of the art show on RELIC.

The NUCLEUS stage will see three of techno and electronic music’s biggest names hosting live performances nightly from the boundary smashing, ear bending, genre defying, composer and experimental fusion artist Squarepusher; Underworld will take to the gargantuan monolithic stage structure to celebrate their 40th year in this spiritual home of underground sounds and Orbital’s live set will be sure to raise the bar to astronomical heights.

Back on RELIC and accompanying Pendulum Trinity will be some of the biggest DJs and labels in the DnB scene including; a man who needs no introduction, Andy C, the last ever tour of Dutch trio Noisia and simply one of the hottest DnB acts right now Hybrid Minds & MC Tempza, as well as guaranteed Boomtown crowd pleaser Shy FX, plus lots more…

There are more acts just announced, check them out on the Boomtown Website.

Get your tickets now
Although in high demand a limited amount of Tier 3 tickets are still available until reaching the final Tier 4 highest price tickets – a full breakdown on the options available can be found on the Website.

Find out more about Boomtown, plus information on camping options on the festival’s sleeping pages with all additional accessibility information, including details on how to apply for Personal Assistant tickets.

Filed under: Island-wide, Music, What's On