With the PedalAid challenge target met, a donation will be made Isle of Wight Food Bank, Wight Brainy Bunch, the RNLI and Free Food in Sandown 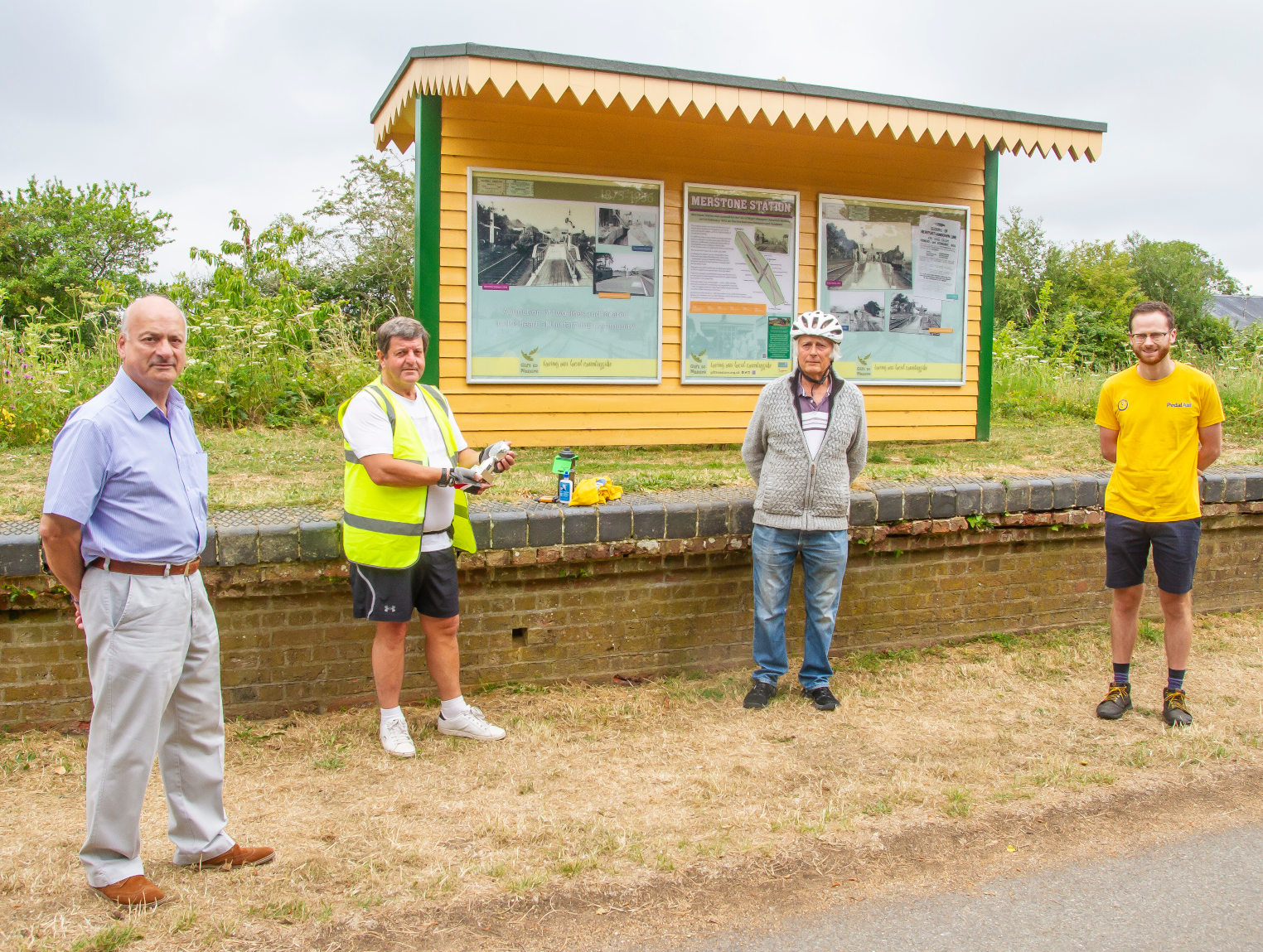 A fundraising cycling app has hit a major milestone.

Since its launch in 2018, PedalAid mobile App users have clocked up 50,000 kilometres — equal to one and a quarter laps of the world.

Ray Hewins, from Sandown, cycled the magic 50,000th kilometre and was presented with a trophy and prize at the former railway station at Merstone, now part of the Red Squirrel Trail.

Hewins: I try to cycle at least 50 miles a week
Ray said:

“I am fortunate that the Red Squirrel Trail runs through Sandown and is easy for me to access.

“I enjoy cycling and try to cycle at least 50 miles a week. I have a heart condition and find cycling is good for my circulation, though my legs sometimes ache afterwards.

“I think PedalAid is a fantastic scheme that benefits local charities. Once on the trail you cycle through amazing countryside and see our wildlife.

“Cycling towards Newchurch from Horringford, the view of rolling hills with cattle and the church spire poking through the trees reminds me this is English countryside.”

What is the App?
PedalAid is a free, mobile App for encouraging cycling on the Red Squirrel Trail, turning it into the UK’s first SMART cycling route.

The App enables Islanders to have fun while improving their health, helping local charities and winning prizes.

Island charities benefit
If the challenge target is met, a donation is made to that month’s nominated charity. Recent beneficiaries include the Isle of Wight Food Bank, Wight Brainy Bunch, the RNLI and Free Food in Sandown.

“I was inspired when we attempted to raise money for the RNLI; the weather was not always good but those RNLI volunteers go out in all weathers, often risking their lives and that inspired me to cycle.

“I was very surprised to be the cyclist that clocked up the 50,000th kilometre. There are a lot of other cyclists who contributed to that mileage.”

Prizes through PedalAid
PedalAid also features team and individual leaderboards which create a competitive element to the App as well as various monthly prize draws to incentivise increased cycling levels on the trail.

Recent prizes include a £50 voucher for Rapanui, the award-winning sustainable fashion brand based in Freshwater.

“I’d like to say thank you to all of the cyclists who have taken part in the PedalAid charity challenges and urge those of you who haven’t downloaded the App and tried the red squirrel cycle route to do so.

“I would also like to congratulate Ray on clocking up the magic 50,000th milestone.

“We have seen a huge boom in cycling during the coronavirus lockdown with many Islanders getting back on their bikes after several years.

“It’s great to see so many people switching to a clean, green mode of transport with significant public health benefits.”

You can download the free PedalAid App on Apple’s App Store and android users can download it via the Google Play Store.

For further information on the App and routes, visit visit the Website