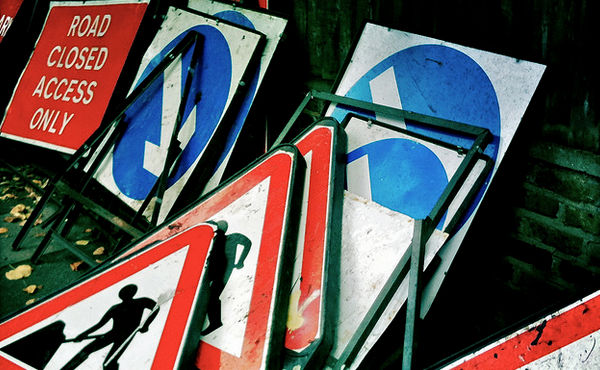 At September’s Ventnor Town Council meeting it was agreed to launch a consultation with residents and traders in relation to possibly radical changes to the pavements and parking on the High Street between the Pet Shop and Premier Stores.

It was revealed at the meeting that the in-depth disability risk assessment carried out by Isle Access has highlighted “some very stark shortcomings”.

The outcome of the Disability Risk Assessment is that the Town Council has a duty to do everything possible to respond to the issues identified.

Free parking moved and pavement widened
The biggest change could see the widening of the north pavement on the High Street enough to allow two buggies, prams or motorised scooters without either having to go into the road and the current short stay parking moving from the High Street to the Central Car Park.

This was first reported by OnTheWight at the beginning of August, when the VTC confirmed they would not be making any decision prior to ta consultation.

Combine with resurfacing
Deputy Mayor Cllr Stephen Cockett explained that Island Roads are looking to carry out a resurfacing of the High Street, likely to take place next Spring or Autumn, that would be a good opportunity to make adjustments to the town centre.

He hoped the consultation would bring out a lot of useful points and that no plans would be developed until the residents and traders’ views were heard.

One-to-one and public meetings
Cllr Jamie Macaulay suggested having one-to-one meetings with traders and an open day at the Winter Gardens for residents, where councillors and officers can explain their draft plans to answer questions.

Opportunity to modernise
Cllr Leigh Geddes explained the time constraints on working with Island Roads’ resurfacing plans. They are not likely to come back for 20 year or more, she said, adding they needed to consult, come up with something decent before the tarmac started going down.

“If we don’t, we won’t get the modernisation and accessibility provisions which is what this is about.

“The things that we’ve put up with for some many years and can be eased and smoothed over.”

High Street presence for consultation
Cllr Colm Watling cited the Newport Harbour consultation that has seen an empty shop on Newport High Street being used to show plans, provide an ability for residents to feedback and find out more.

He suggested doing the same on the High Street in Ventnor, which was met with many nods around the table.

The next steps
It was proposed by Cllr Lucas, seconded by Cllr Geddes and unanimously voted to:

To watch the live stream recording of the meeting, visit the VTC’s YouTube channel

Reports
The full report on the town centre improvements and the risk assessment report can be found below. Click on the full screen icon to see larger version.

Let’s have the discussion before any money is spent this time please. Also, if disability risk assessment is so high on the priority, why have Island roads just removed wheelchair access from Belgrave road by bollarding the pavement?

Vote Up30-2Vote Down
steveg
So where in the UK has a wider pavement and removal of free parking helped local traders or a towns economy? In short it has never has It is laudable to widen the too narrow pavement and to help disabled people and people with prams. Every high street has died as free parking has been removed so convenience shopping moves to large supermarkets and away from the… Read more »
Vote Up35-12Vote Down
Benny C
Here we go again. Presumably this will comprise a consultation similar to the one conducted to establish a strategy for Newport traffic management which was so poorly presented and so badly thought through it only just scraped the Approval vote, mainly because of absentee Councillors who failed to adequately represent the views of their ward residents, an overwhelming majority of whom quite correctly wanted the whole rotten… Read more »
Vote Up26-6Vote Down
marting
When I visit Ventnor (arriving by car) I typically have two destinations. Crave then the seafront. I walk into the town centre from a car park. I’d spend more time in the town centre, aside from the fact the environment is pretty dismal. Narrow pavements hem you in, parking cars often overhang or overrun the pavement. On the live traffic side the narrow width of the carriageway… Read more »
Vote Up18-6Vote Down
CB500

Marting – That is the sort of feedback we need. What car park do you typically use? Does cost of parking affect how long you stay?

Vote Up5-2Vote Down
marting
I use the Wheelers Bay car park because I’m a cheapskate and don’t mind the short walk into town. If there was no free parking available I’d pay to park (Crave is a strong draw….) and then parking cost would potentially have an impact on how long I stayed. On occasion I also visit Ventnor for a specialist shop, and here short-term parking might be all I… Read more »
Vote Up7-2Vote Down
CB500

Most people wouldn’t know that car park existed! Parking cost is a massive issue as is proximity. If the council is truly serious then we need an hour free parking in all car parks with a cheap long stay option. We also need to make the existing on street parking with an hour restriction permanent and not seasonal.

Vote Up9-5Vote Down
Benny C
The problem is that most businesses in Ventnor have suffered terribly over many years, perhaps a decade, in the hands of a truly dreadful series of Town Councils. Obviously it’s not appropriate to generalise, some Cllrs will have made positive contributions. But overall it’s not exactly exemplary. VTC have presided over economic, social and physical decline for many years and are accountable for failing to protect and… Read more »
Vote Up5-6Vote Down
David Bartlett
I think you have the wrong target! VTC is clear about what needs to be done (see the details of its Strategic Plan: http://ventnortowncouncil.org.uk/publications.php?dir=strategic%20plan&by=date&order=asc }but the resources have to come from elsewhere and the government has made that impossible. Along with other Town & Parish Councils on the Island VTC has had to prioritise retaining essential services the the Isle of Wight Council’s had to stop funding… Read more »
Vote Up110Vote Down
Benny C
Err, granted, I accept IOWC have shoved their budget challenges on to others because they can’t or won’t deliver them. but none of the VTC initiative have identified nor dealt with the central issue and stemmed the systematic decline in Ventnor. They’ve just kept stuff going regardless of whether that’s the right thing to do. Blaming others is easy. Being in public office is intellectually challenging. You… Read more »
Vote Up1-6Vote Down
Eric Lawson

Wow I had always wondered what transparent democratic local governing looked like. As a Sandown resident that’s obviously something still on my xmas wish list.

Vote Up10-1Vote Down
blues26
There should be no parking in the high street its high risk with great big 4×4’ s and others that take about a twenty point turn to park their vehicles pumping out toxic fuel emissions and buses that are clearly to wide bumping on and off pavements. Its a serious accident waiting to happen. Reduce the parking fees and allocate free parking in the main parking areas.… Read more »
Vote Up1-1Vote Down
bones
And what will happen to people with Blue Badges ? Ventnor will lose them all to more sympathetic towns. With everyone trying to find somewhere to park where will GP practices patients go ? So many questions. Not everyone coming to Ventnor just wants an ice cream. Too much ‘I’m all right Jack ‘ going on here I think. Do we have figures on how many pedestrians… Read more »
Vote Up7-8Vote Down
David Bartlett

There isn’t currently any Blue badge parking provision in the area to which these proposals relate, but the point you make is relevant, thanks.

I hope that signage in car parks will be improved from the signs at Dudley Road which seem misleading, even aimed at trapping those in a hurry to mis-read and over-stay, thus inviting a fine…?

Car parks – any car parks, anywhere – are fine if you can walk more than a few yards. Unfortunately there are some who can’t, and they rely on being able to park outside the shop.

You have to provide for both.

Vote Up10-8Vote Down
richard
I Can’t see any mention in the report of how business would load and unload – would there be loading bays- if there was these would presumably narrow the footpath to deemed unacceptable widths ? Also there are a lot of flats on the north side of the high street – surely they can’t be expected to lug any shopping or large items from central car park… Read more »
Vote Up8-5Vote Down
blues26

There are also some that cheat the system sadly and pretend they can’t walk who ruin it for the ones that struggle. Get rid of double deckers and put in place a free park and ride system using mini buses or single deckers.