Karl Love says the Isle of Wight council will have to ‘bear the brunt’ for the continued delays to the return of Floating Bridge 6, which will have been out of service for over a quarter of the year 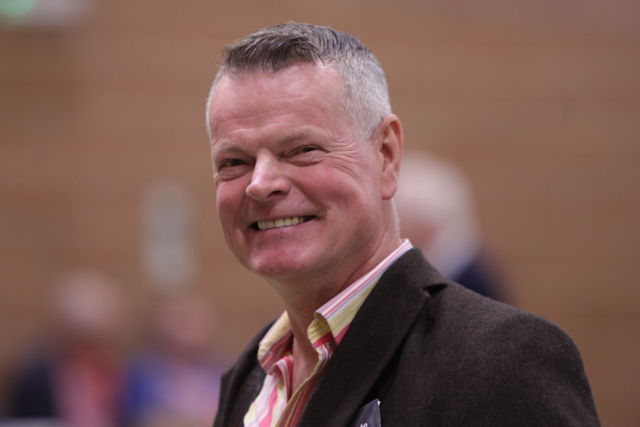 The Isle of Wight councillor for East Cowes has hit out at the council administration after yet more delays to the return of the Cowes Floating Bridge 6 were announced yesterday (Monday).

In an email to the ‘Assistant Director Neighbourhoods’, Dave Stewart (the Council Leader) and Ian Ward (the responsible Cabinet member), Cllr Karl Love referred to the situation as “a totally unacceptable fiasco”.

Love: “Isle of Wight Council made very public promises”
A council press release issued on Monday afternoon opened with, “We are pleased to report that work to resolve the Hydraulic Problems with the Cowes Floating Bridge are nearing completion”.

In his email Cllr Love says,

“How could one be ‘pleased to report’ another three week delay?

“Isle of Wight Council made very public promises to the people of East and West Cowes in the press and it is they who have to bear the brunt.

“Here we are yet again throwing more money away despite that fact that I suggested some years ago that we should purchase our own launch to help reduce costs in times of failure.”

Love: “Simplicity and common sense was all that was required”
Cllr Love – who has previously called for Ian Ward’s resignation over the Floating Bridge 6 fiasco – went on to say,

“Who is responsible for this fiasco? Let me guess, no one!

“Why would anyone commission a vessel, with such complicated untested engineering, when simplicity and common sense was all that was required.”

Out of service for quarter of the year
The floating bridge has been out of service since 14th July 2020. Back in mid-August Cllr Ian Ward rejected claims that parts for the prow hydraulics on the Floating Bridge could take up to 30 weeks to arrive.

When asked whether the Bridge could be out of service for eight weeks, he did not respond and still hasn’t.

If the Bridge does return to service on 17th October, as stated by the council, it will have been out of service for almost 14 weeks. That’s over a quarter of the year.

Passenger launch
A launch service for foot passengers continues to operate from 0500 – 2300hrs (0630-2300hrs Sundays) until the Floating Bridge returns to full service.

Long tailbacks into Newport
Meanwhile vehicles wishing to cross the Medina between Cowes and East Cowes are continuing to have to drive via Newport through the St Mary’s roundabout works.

On Monday afternoon, there were slow moving tailbacks from the roundabout to as far north as past Stag Lane for drivers attempting to get into Newport from Cowes. Not an uncommon sight, according to drivers.

newest oldest most voted
Benny C
Floating bridge. Ian Ward. St Mary’s roundabout. Ian Ward. Island Roads contract mess. Ian Ward. Proposals for Ryde pier . Credit taken by Ian Ward. Delivery by……. please, no. To slightly correct the article above (and frankly a Councillor should know this), Ian Ward is not responsible for the chain ferry mess. He is, however, 100% accountable. That means people under his guidance as Cabinet member for… Read more »
Vote Up560Vote Down
Rhos yr Alarch

What seems bizarre is that the IWC are happy for any compensation to cover only losses incurred so far. It seems fine, apparently to continue to incur further losses, both from inevitable future problems, and reduced use due to lack of public confidence in FB6…

Does anybody know what he actually does apart from hide and seek.

Time for the Council to refresh their statement to less than 75% reliability!

I wonder how the council intend to spin the reliability figures? Will the last few weeks count?