‘Numerous local engineers’ say that side thrusters would not work and that if the council persisted with this option, it could the bridge being out of the water for six months 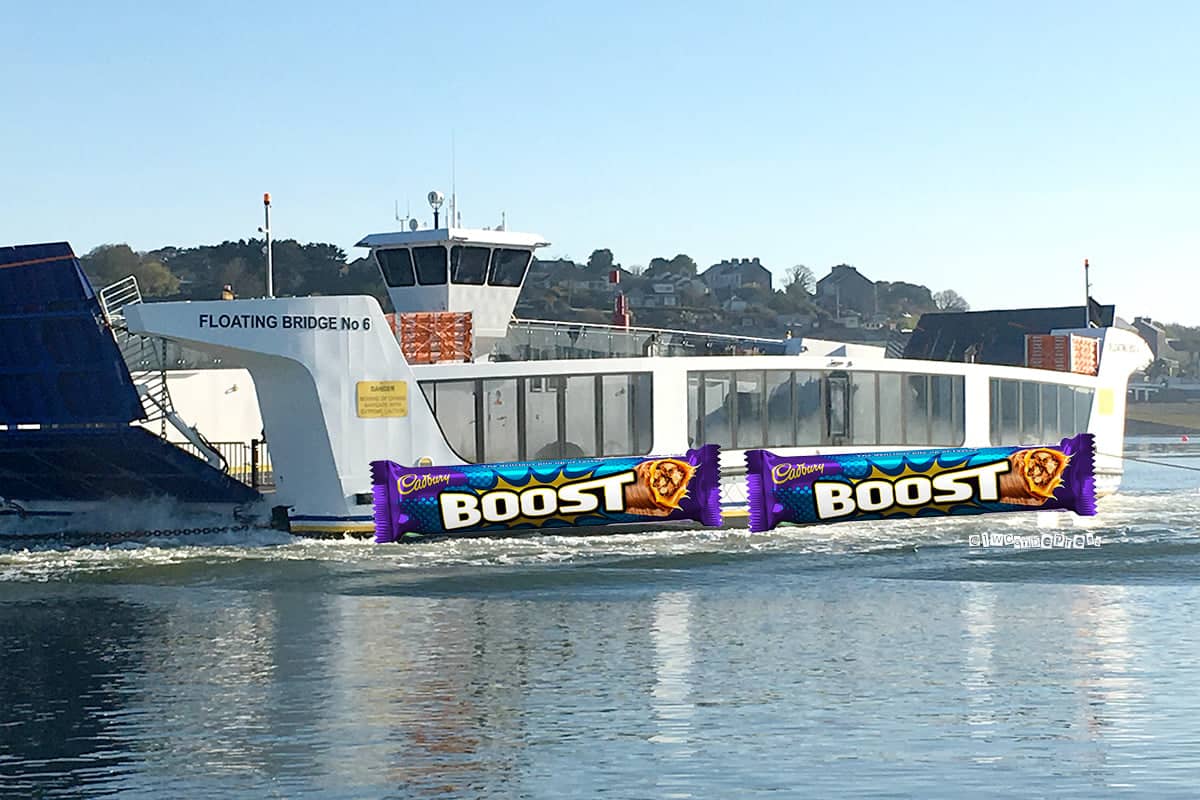 Image: © Isle of Wight Can Depress

‘It’s not a sticky plaster you can put on’ — a councillor has hit back at the solution to solve the troubled floating bridge’s problems.

As the Isle of Wight Council continues to consider the only ‘viable’ option to resolving Floating Bridge 6’s issues — side thrusters— local town councillors have become even more sceptical of the idea.

At a meeting of East Cowes Town Council last week, Alex Minns, the IW council’s assistant director of neighbourhoods, said once legal mediation had been addressed, the administration would be in a position to announce the proposed next steps

The most significant issue with the vessel, according to Mr Minns, is that it is unable to achieve the desired clearance over the chains at certain tides and after exploring several options, independent marine engineers have evaluated the options and recommended a preferred option to the council.

Out for the water for months
Cllr Palin went on to say he had heard if the side thrusters were to be installed the vessel would need to be out of the water for six months.

“It is not like a sticky plaster you can put on, this is major engineering work that needs to happen and it is quite frankly not good enough that we have had little information.”

Floating Bridge 6 has been out of action five times in a month, both for planned maintenance to the vessel’s hydraulic pipes and when unexpected issues occurred.

Cllr Dave Stewart, leader of the Isle of Wight Council, has said a ‘substantial claim’ had been submitted as part of the legal mediation as talks continue.

I’ve got a much cheaper solution.

Strap Cllr Ian Ward to one end, and Councillor Dave Stewart to the other end, and give them both a pair of flippers.

What a good idea put it on you tube

Excellent idea, not least because I suspect both will be looking for new avenues of employment after next May.

I doubt that… too many old school that vote for the same party that they have voted for, for the last fifty years.

Definitely time for a change then!

It still wouldn’t work there would to too much hot air, waffling and bullshxx

Vote Up4-1Vote Down
Angela Hewitt
I know absolutely nothing about engineering or boat building so this is probably a daft idea. But why not get a design engineer to draw a plan of the original floating bridge and get a new one like it built. Either for free by the company that built the one we have now. Or make them refund the money plus interest and get another comp[any to build… Read more »
Vote Up17-3Vote Down
njb249

Why should the company that built it make a free one when they built to the technical specification provided by the Marine Architects?

We don’t know if there is a specification dispute running alongside the IOWC claim. Time will tell. I suspect there is more complexity to come. It’s a s#it show, that’s for sure.

should bow thrusters be fitted it will cost alot of money to carryout and to run,as to acheive one tonne bollard pull/push you need on average 100hp before 30percent hydraulic loss,how much power did chc boat use,anyone know.?

neither did the company that won the order meet the councils time frame as it still not fit for purpose,i did ask for a copy of the tender when it was published, given at the time all government contracts over 50,000 euros had to be published to all in european journal.Guess what ,i never had a reply.

More money to be wasted with no guarantee that the Council will be successful in their legal action. When on when will they realise this is one of the most expensive unusable vessels ever built. How can you have legal action pending when the Council has done so much to the thing already, surely that must contravene any legal standing they have?

If they have acted outside the contract they’ll have had legal advice to that effect. The size of the settlement , if there is one, will reveal the answer.

This white elephant just doesn’t work, it’s never been fit for purpose take it out to sea and blow it up and build another one here using the Iskand skill base. That’s should have been done to start with.

It appears that an Island Company was interested but could not meet the IOWC timescales.

Not saying side thrusters are the answer here and would be a very expensive retro-fit but they appear to work on the Dartmouth Ferry why would they not work on this ferry?

The shape of the landing areas and the tidal flow would have to be assessed first so that an assessment of potential scouring by the side thrusters could be made.