Candidates for The Brexit Party, Conservatives, Labour and the independent candidate share their views on the LibDem/Green alliance for the 2019 General Election 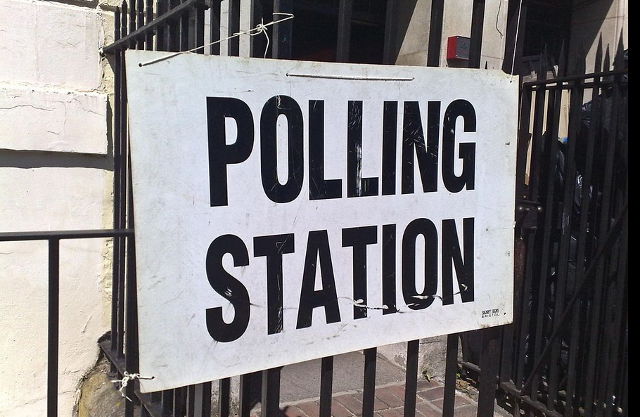 As reported by OnTheWight this week, the prospective Parliamentary candidate for the Liberal Democrats has stood down from the General Election in an alliance negotiated by Unite to Remain with the Green Party.

In response to the news, the other candidates have shared their views on the alliance. (In alphabetical order of the candidates).

“I welcome the support of those who have been let down by the Liberal Democrat Party’s betrayal of Island people.

“Creating a pact and trying to force constituents to Vote Green by reducing the choices for Island People is undemocratic when it’s driven by central party policy. It smacks of internal party politics that puts itself first and foremost.

“This action is about cherry picking and winning a seat at any cost, without loyalties to its own principles. It’s a desperate action dismissing the principles of localism by reducing choices.

“Many liberals will be dismayed by this step and I’ve already been contacted by Liberal Democrats saying they will now support me because their party has betrayed their loyalty.

“I do feel sorry for those Islanders who wanted to vote for the Liberal Democrats. I don’t believe back-room deals like this have much to do with democracy.

“In an election, it’s the job of parties to set out their policies, and to seek to win majority support. That’s what I’ll be doing over the next five weeks, and I believe I can convince a majority of Islanders to back me and the policies I represent. I don’t think back-room deals like this, which effectively disenfranchise voters, are really very democratic.

“There’s also a question of principle. I thought the Green Party was an anti-austerity party which opposed fracking. But the LibDems are a pro-austerity party whose leader received large donations from a fracking company. So what does this combined party now represent?

“I think it’s sad that two parties which had distinctive, and very different, policies have decided that they will abandon those in favour of trying to make this election about the single issue of Brexit. This election is about so much more than Brexit. It has to be. It’s about our public services, our standard of living and the pressing climate crisis. It’s about what sort of country we want our children to grow up in. To ignore all that and reduce it to a single issue is a failure of democratic responsibility.

“Ultimately, however, the Labour Party received more votes on the Island in 2017 than the LibDem and Green votes combined, so this won’t alter the fundamental fact that this election will be decided between Labour and the Tories here. The minor parties are really just re-arranging deckchairs on their electoral titanic.

“As my opponent Bob Seely has already recognised, this election – nationally and here on the Island – is a contest between the Labour and Conservative visions for our country. Whatever people have voted for in the past, I urge them to look at Labour’s manifesto and make a choice based on the policies they see there. That’s democracy as I understand it.”

“It is up to other parties what they choose to do. However, it is important that each candidate and party stand on their own merits. I don’t think that the public will look favourably upon any suggestion that their votes can be traded between parties in such a manner, like in an 18th century rotten borough.

“There will be mainstream Liberal Democrat voters on the Island who have no desire to follow their party’s recommendation, and would instead prefer a strong local candidate with track record of delivering for the constituency. I am that candidate.”

“As a businessman, not a career politician I believe treating votes as a mere commodity is wrong.  Your vote belongs to you, not the Liberal Democrats, the Greens, the Conservatives – or even the Brexit Party!

“The Tories say the Brexit Party should stand down because we will split ‘their’ vote and they have Brexit covered.  But can they be relied upon? I fear that Boris’s plans will leave us aligned to the EU for a very long time, perhaps forever.  Remember the majority of Tory MPs – now candidates again – were Remainers.

“Boris’s deal kicks the can down the road – leaving the tricky questions for the next stage of negotiations, with a strict framework laid down by the EU.  For example, they insist on close alignment on fisheries, tax and defence. The only way out of this is a no-deal Brexit which Boris has said will be off the table.

“Brexit supporters on the Island should be able to vote for a proper ‘Leave’ candidate. Bob Seely’s position on Brexit is inconsistent. Many Tories have told me that they are unhappy that he voted three times for May’s surrender treaty and seems more interested in climbing the greasy pole than working for the island.  They also say they’re fed up of hearing him talk about Russia and Hong Kong rather than problems they face.  They have kindly said they will vote for the Brexit party on December 12th.

“The other upside is there will be no more cosy relationship between this Tory council and the Tory MP.

“My pledge to Islanders is this: if elected, I will work constructively with whoever is in power but will do whatever is needed to deliver a proper Brexit.  I will spend my time representing the Island and Islanders not travelling the world or currying favour in the hopes of promotion.  I want to make a real difference for the Isle of Wight.”

Bob Seely, “I would instead prefer a strong local candidate with track record of delivering for the constituency. I am that candidate.”

Really? What have you actually delivered for the island Mr Seely? ZILCH!

What like you Bob, your are having a laugh

Choosing a candidate on their political parties manifesto is only part of the equation.

Choosing an MP for the island that isn’t two faced and is a decent human being, one who cares for those less fortunate than themselves, is equally important if we are going to rebuild what has been destroyed by the Government over recent years.

We know what happened the last time the Liberals formed an alliance with another political party, the happily abandoned their principals and promise to young voters to remove student university fees.

This Green Party/LibDem lash-up looks likely to sink the Green Party for its cynical attempt at vote-trading to the same level the LibDems have occupied on the Island since 2017.

The Green Party is all hot air, no backbone and will deliver nothing. The real change is Labour who represent the many and not the few

Labour haven’t represented anyone but their own political vanity since John Smith. NHS privateers and warmongers

The next Prime Minister is going to be either Boris Johnson or Jeremy Corbyn. Withdrawing the Lib Dem candidate on the Island will not make the slightest difference to that.

Vote Up18-4Vote Down
block8
I’m not sure the LibDem/Green pact will make a great deal of difference to me. In fact it makes it easier. The Tories are a definite no for me. Vile party from top to bottom. Ruined just about everything in this country. Labour would be a natural 2nd choice but have preformed so badly that they have managed to lose ground on this despicable government. That takes… Read more »
Vote Up28-21Vote Down
ian123
Which of course is precisely the point. People who don’t want a Tory MP, and who know that Labour can never win here, now have an opportunity to vote for an alternative choice without having to worry about voting tactically. Those other candidates trying both to rubbish and benefit from the situation would do better to direct their energies toward delivering a fair voting system that doesn’t… Read more »
Vote Up5-4Vote Down
dujardin

Well Bob and Peter ready to eat those comments yet you pair of Hypocrites ?

So Wiltshire the Brexiteer says he is “not a career politician”.
You got that right, mate.

Vote Up10Vote Down
ianc
@ greenfiremouse You mention the dreadful parliamentary system and presumably you would prefer some sort of PR or AV system. If I recall that idea was soundly rejected roughly 75-25 per cent in 2011 I think. Firstly, what need to happen is to abandon the fixed term parliament act. Secondly, cut down the number of MPs and redraw the constituencies to similar sizes in population. The libs… Read more »
Vote Up6-6Vote Down
greenfiremouse
The referendum you are referring to would not have grated us proper PR. What I was thinking about was a German-style PR where the amount of MPs in parliament will reflect the respective percentage their political party has achieved during the election. This is accomplished by having more MPs than constituencies, and the added representatives which were not directly elected are supplied from a previously published safe… Read more »
Vote Up4-6Vote Down
planespeaker
For me the issue at the heart of this election is Brexit and how to stop it and, whilst we have a first past the post system I see nothing wrong with strategic voting to achieve that aim. I realise that ardent Brexiteers will argue that the “will of the people” as expressed in the 2016 referendum would be denied should the decision to leave be reversed… Read more »
Vote Up18-19Vote Down
greenfiremouse
Because of rather slanted voting results due to the dreadful “First-past-the-post”, the Green / LibDem alliance is the start of the only hope for preventing further 5 years of another abysmal Tory government. If successful, it could mean that this country would have a chance to turn our political system into a genuine democracy. I think that most of the opposition parties have more in common with… Read more »
Vote Up23-29Vote Down
mariner58

You had your chance at a PR voting system at the recent MEP elections.
When the results were announced and they weren’t what they wanted the silence from the Lib. Dems. and Greens was deafening.