The discussions with senior council members and officers at County Hall have been productive and they recognise the strength of feeling locally, says Cllr Price 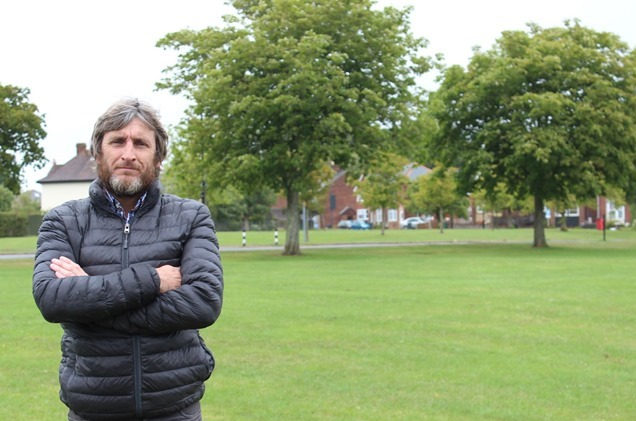 Productive discussions have taken place over proposed housing on Seaclose Park, the ward councillor has said.

Since the draft Newport Harbour Masterplan was made public earlier in the year, the Isle of Wight Council has faced backlash against plans to build more than 40 houses on the Fairlee Road entrance to the Newport park.

Petition boasts 3,100 signatures
The local community has fought back, with Cllr Matthew Price starting a petition calling for the removal of the houses from the plans, which has been signed by more than 3,100 people.

The masterplan is set to become a supplementary planning document if cabinet members approve the plans, now at its meeting in October.

These discussions with senior council members and officers at County Hall, Cllr Price says, have been productive and that they recognised the strength of feeling locally.

“I am therefore hopeful that common sense will prevail and the Newport Harbour Masterplan will not include the proposal to build housing on part of Seaclose Park and all of Fairlee Service Station.”

Local council against the plans
Newport and Carisbrooke Community Council has also voted to oppose the plans.

If a decision is made regarding the housing on the park, which Cllr Price hopes will be to rule it out, he suggests the decision could be confirmed as soon as possible.

Enhance the current facilities
Cllr Price has now asked for the focus to shift to looking at how sports and recreation at Seaclose Park can not only be maintained but enhanced and improved, with amenity facilities improved as the masterplan suggests.

“I welcome any suggestions from the community and local sports groups. With the Government having launched a ‘Better Health’ campaign, encouraging people to ‘get active’, I hope to see Seaclose Park being used more than ever for a diverse range of sports and recreational uses.”

newest oldest most voted
Colin
Good luck to Cllr Price. I hope he is successful. However, those running the council have created a regeneration department with salaries of those at the top of around £100,000 per year and are expecting to see results from this investment. If this plan does not go ahead because the council collectively changes it’s mind, what is the point of having a regeneration plan and expensive employees… Read more »
Vote Up340Vote Down
greenfiremouse
Regeneration only works if you have first planned for suitable infrastructure and put that in place. I am not saying that Newport couldn’t do with some regeneration, but so far to me it looks just more like one monstrous traffic jam with a lack of medical and recreative facilities. Can we sort that out first, please? Good luck to Councillor Price. At least he seems to have… Read more »
Vote Up120Vote Down
YJC
Oh, here’s an idea. Following the planning application to convert some of Mill Court (Pan Mill) into flats, how about converting more of the unused spaces there but also HMV in the High Street? How long has HMV been left standing as a huge empty space that could have been made into flats or knocked down and nice houses built? Space that could be used to home… Read more »
Vote Up8-1Vote Down
Benny C

By chasing rates revenue and granting consent for more edge of town retail near Newport, our Planning Committee have set in place a strategy that will run Newport retail into serious decline over the next decade. Still, Happy days for them, no doubt they all got their nice expenses allowances from their trip out to the site on the blunder bus.

Vote Up60Vote Down
Benny C
Residential accommodation breaks up streetscapes and can adversely impact the quality both of the homes and the shops, so effectively neither work well. A sensible policy to deliver high quality environments for both uses, in close proximity but respecting their very different expectations ( noise and servicing, to cite just a couple of obvious examples) Is what we need. What we get are inept decisions made by… Read more »
Vote Up60Vote Down