The decision made behind closed doors to vary an option agreement between the Isle of Wight council and SCL Ltd will be scrutinised by a council committee in January. 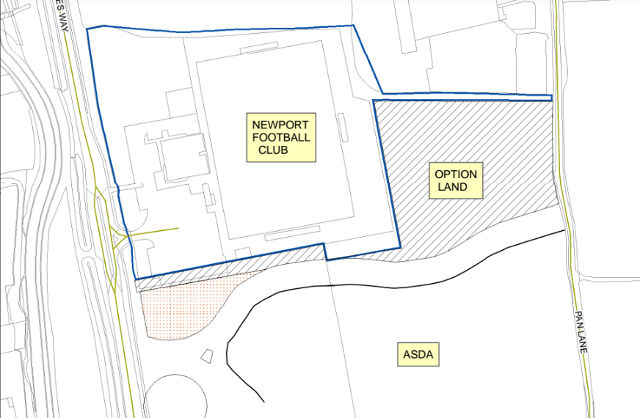 The delegated decision by deputy leader of the Isle of Wight council and Cabinet Member for Resources, Cllr Stuart Hutchinson, to open the door for up to two more supermarkets in Newport will be scrutinised by a committee in January.

The decision made behind closed doors to vary the option conditions to South Coast Leisure Limited for land at St Georges Way, Newport has been called in.

The call-in is being led by Cllr Geoff Brodie and supported by Cllr Andrew Garratt, Cllr Julia Baker-Smith and Cllr Paul Fuller (Chair of the Scrutiny Committee).

The decision will be discussed at a special meeting of the Scrutiny Committee on Wednesday 3rd January at 5pm.

This decision will fail to deliver economic growth and prosperity to the County town centre; will reduce further business confidence to invest in the town centre at a time when the Council is supposed to be focusing on regeneration there; and fails to plan appropriately for the needs of Newport as it was taken in isolation from stakeholders, partners and the public – at a time when the IW Council is undertaking Place Planning with the local parish council and business association.

Read the papers
The 17 page document below includes representations from the John McLaughlin (Chairman of Newport Business Association) as well as Newport councillors, Cllr Julie Jones-Evans and Cllr Geoff Brodie.

newest oldest most voted
Colin
I would be interested to know where Cllr Hutchinson gets his figures of 15% for retail food growth from over the next five years and how he has extrapolated the figures for this particular situation? Does this mean that a static Island population is going to eat 15% more? Or is it in the expectation that the Island population is going to increase by 15%? Given that… Read more »
Vote Up43-1Vote Down
I do not believe it
Quite how anyone of sober mind could possibly conclude that opening more supermarkets on this already over-super-marketed island would be advantageous is beyond all my mental capabilities to deal with the totally bizarre. This island and its young people demand real long-term jobs and not a career in shelf replenishing. Who is going to shop in these proposed new supermarkets? Supermarket workers from other supermarkets? The more… Read more »
Vote Up29-2Vote Down
Robert Jones

Good. This was a ridiculous decision.