KILF say that although Island Line is in the next franchise, its long-term future is still far from certain. They’re looking forward to hearing First MTR’s “exciting package of proposals”. 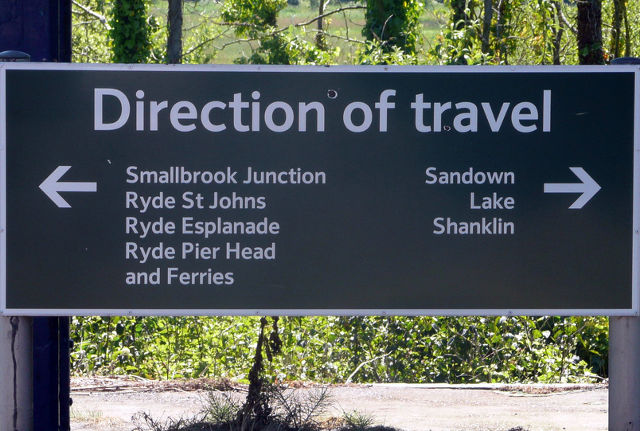 Keep Island Line in Franchise (KILF) – the cross-party, community-led campaign to Keep the Island Line rail service in the South Western rail franchise – is cautiously welcoming the announcement by the Department for Transport (DfT) that First MTR has been awarded the next South Western Rail Franchise.

The DfT’s press release states that the new contract will see “better connections for the Island Line, and work with the Isle of Wight Council and other local bodies to develop a business plan and option for a more sustainable long-term future”.

“We welcome the reference to securing a more sustainable longterm future for Island Line, which we can all agree on. However, we must not forget that the DfT’s original intention was to make Island Line a “separate, self-sustaining business”, and it is only when we threatened them with Judicial Review last summer that they backed down on this plan.

“And although Island Line is in the next franchise, its long-term future is still far from certain. We will now redouble our efforts to make the case for it remaining in the wider South Western rail operation for the entire duration of the seven year franchise, and beyond.”

“Island Line is a vital route for those communities it serves on the eastern side of the Isle of Wight. The initial indications are that First MTR is willing to work with the Island to find the best way forward for our local train service, but without explicit support (at this stage) from the DfT for investment in the route, it is difficult to see how a long-term solution can be put in place.

“We remain concerned at the emphasis that the DfT has placed on the forthcoming recommendations of Infrastructure Transport Taskforce, given the flawed and prohibitively costly tram proposal already put forward by its chairman, Christopher Garnett. The Government should instead be listening to the democratically-elected Isle of Wight Council, and we hope that on 4th May we will see more councillors elected who support Island Line being retained in the franchise, and invested in through this model.”

“This sounds like First MTR is prepared to invest in the route (subject to DfT approval), which we believe will be a far more effective model than trying to run it separately as a stand-alone service. We will be encouraging First MTR to support Island Line for the full duration of the franchise and reject any proposal that would see it taken out of their operation or the national rail network.”

KILF is planning to meet with First MTR in the near future, and will keep campaign supporters and the wider public updated on the progress made.

Furthermore, after making a presentation to the Taskforce last autumn, KILF will be making an additional submission in the near future, ahead of its report being published in May.

And where is our MP on this ?!

Where is our MP on most things?

Oh dear, looks like we have a DP clone in the wings.

Floaty McTurnip is busy with other matters LOL

It could give the opportunity for MTR to invest in a tram system that would bring the IOW into the 21st century, which is what the majority of islanders want. .

**”KILF is planning to meet with First MTR in the near future, and will keep campaign supporters and the wider public updated on the progress made.”**

But is MTR planning to meet KILF or, indeed, even know what/who KILF are?

Vote Up00Vote Down
Stephen
1] One on line rail news source – RTM – reports; The joint venture said it will also engage with the Isle of Wight community to develop plans to secure a more sustainable Island Line, with a business plan to be submitted to government. A £50,000 Customer and Communities Improvement Fund for the line has also been guaranteed. 2] What is this fixation with trams? Previous IoW… Read more »
Vote Up00Vote Down