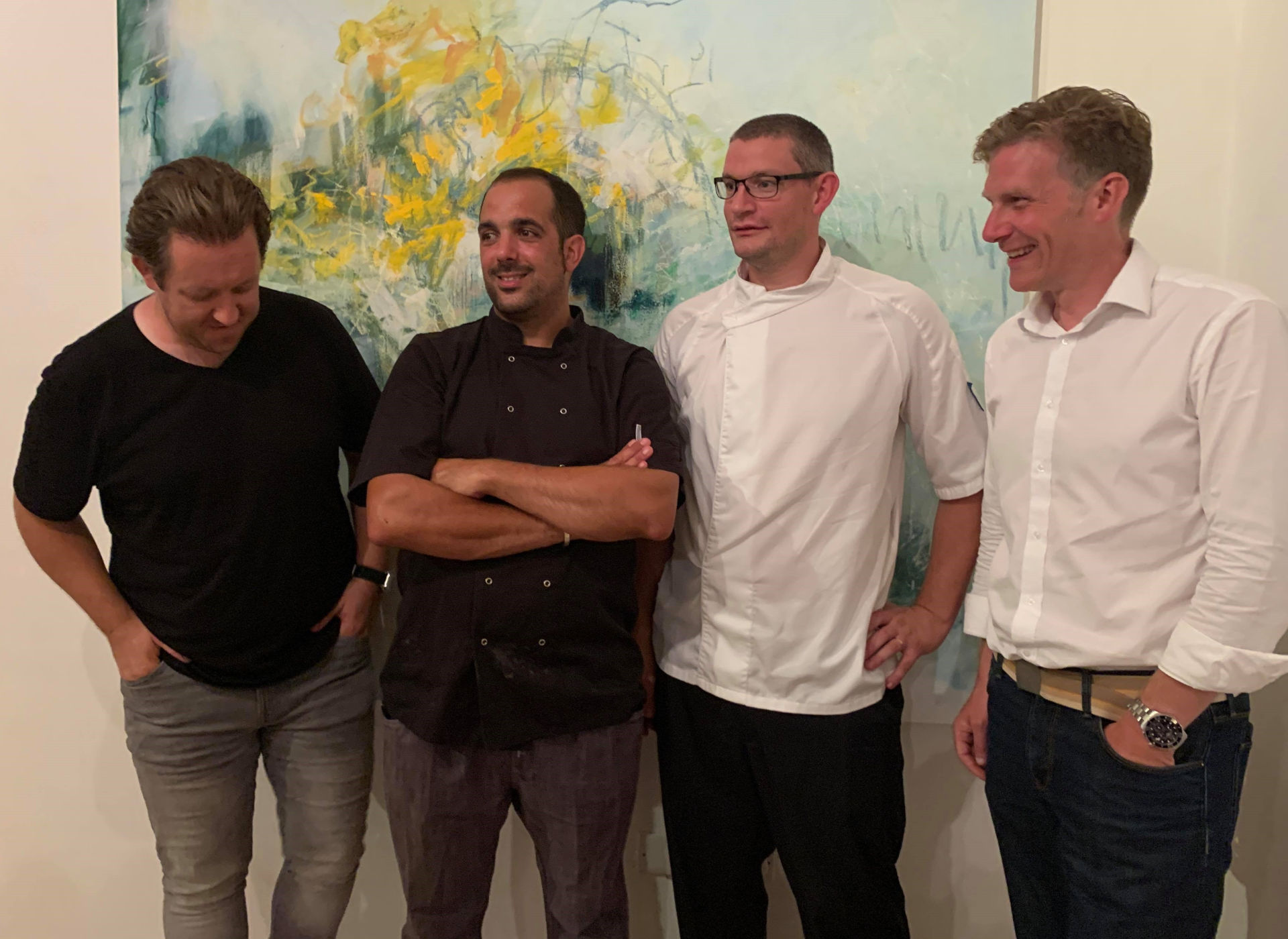 Preparations are well and truly underway for the exclusive cycle event on the Isle of Wight next month.

Le Blanq, now with the tagline ‘Legendary Joyriding’, is a ten-stage cycling and gastronomy event hosted on the Island between 25th and 27th September.

Clarke: Island is “a hidden gem”
Justin Clarke, managing director of Le Blanq, said the Island was a hidden gem that more people needed to know about.

“In times of Covid and creating something where you want people to have a kind of escapism, you want to do it in a safe way.

“The Isle of Wight is a natural choice and the more we have dug into it the more we have realised the roads are incredible for cycling and the natural larder that is here is second to none.”

Island chefs
Local Island talent will also help out at the event but last week provided guests with a taste of what to expect.

Led by Ashley Palmer-Watts, previously of Heston Blumenthal’s restaurant The Fat Duck, Adam Fendyke from Tramezzini in Ventnor and sous chef at The Royal Hotel, Nick Dobson, a test run of the first stage of Le Blanq, called Time and Place Dinner was held, in partnership with Mermaid Gin.

“The Time and Place dinner is going to be unforgettable.

“I’ve been working with the local chefs to put the menu together and it is a simple yet stunning showcase of the very best produce the Island has to offer. Roll on September.”

Isle of Wight Councillor Gary Peace, who has played a part in getting the event to the Island, said it was a complete no-brainer to play host to the tour.

“It will showcase what we are all about and is just something we cannot pass over.

“I really think especially now coming out of lockdown this puts the Isle of Wight and Ventnor very firmly on the map.”

For more information on the event, you can visit the Le Blanq Website.

At TWO GRAND a seat it had better be good! Hope island businesses get a slice of that.

At least you can afford it Benny!

You’ll get your slice Benny C but it may not be as big as you would like.

Money, profit, bourgeois snobbery yet again, no consideration for everyday Island people. I do take offence Mr Peace at your comment “ a complete no brainer “ which is not acceptable terminology and is derogatory. This is the last thing we need more two wheeled blinkered people who have no regard for other road users.

Vote Up3-3Vote Down
JossS
Clearly, we as island residents have been totally disregarded once again; just what we want another load of cyclists over here on already dangerous roads with fatalities. What with the Tour de Britain and Diamond TT races here next year, the latter with no local consultation, why not just ban all cars i.e. those who pay significant road tax and just let fast cyclists and motorbikes use… Read more »
Vote Up1-5Vote Down