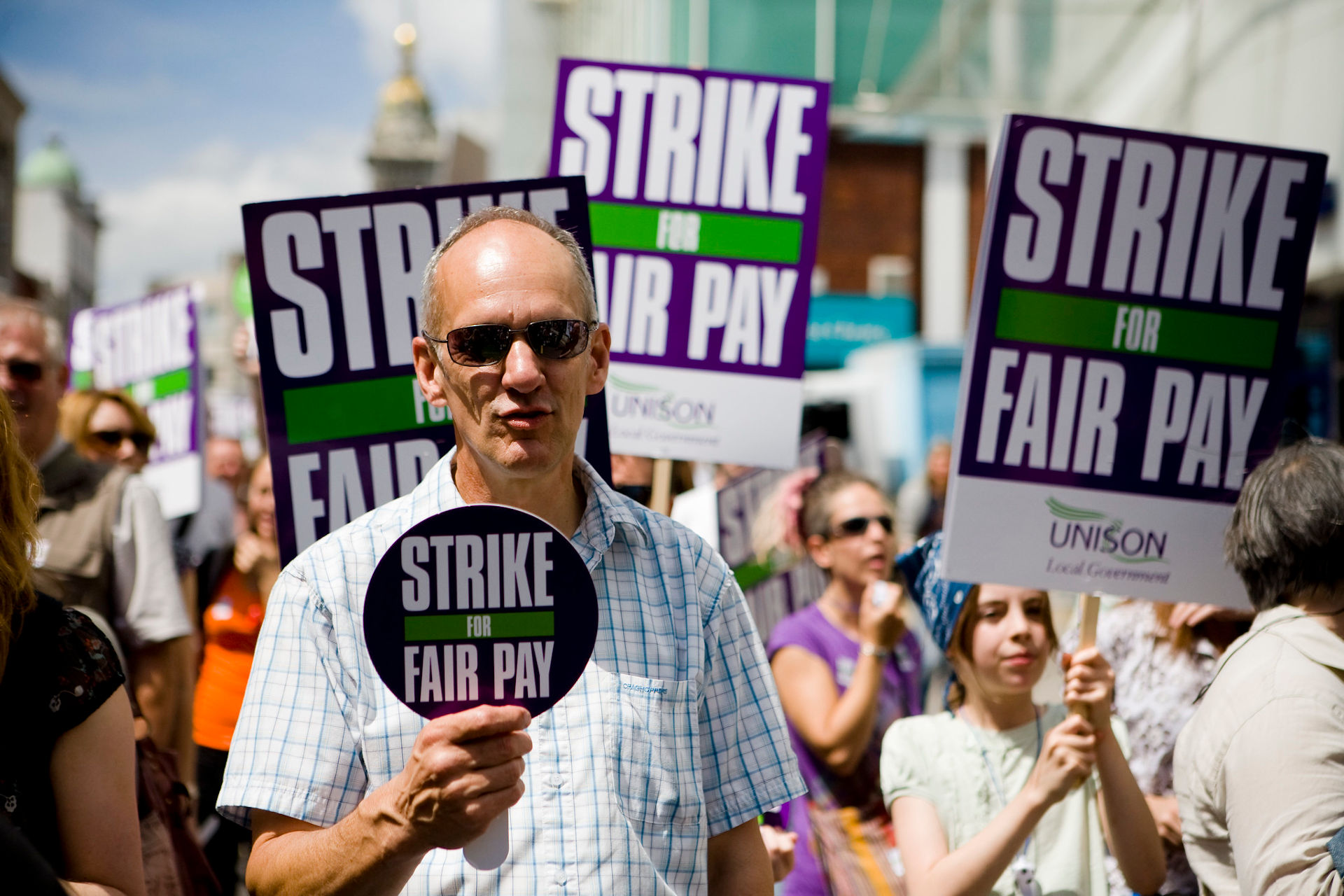 This from Cameron Palin of East Cowes. Ed

The work done by our key-workers has been phenomenal – their tireless selfless approach to help combat Coronavirus (Covid-19) has been truly admirable.

The public response with #ClapForOurCarers, which may be a very simple one, has had an enormous response and has united the country in our thanks to our NHS workers, carers, teachers, cleaners, shop workers, delivery drivers, and all those helping us keep safe.

This has caused the NHS to be chronically understaffed, which we see each winter when our ICUs are full and waiting times are ever growing.

Privatisation of the NHS
The Tories pretend that they aren’t privatising our NHS, but they are doing it behind the scenes, and privatisation always makes the rich richer and often ends up in the long-term making the services worse and underpaying the staff.

In 2013 we saw the shocking start of the privatisation of NHS blood plasma supplier, on which thousands of patients depend.

Several of the Island’s hospital departments already have privatised.

Compare to Highways PFI
Look at what has happened when the IW Council privatised most of their highways department into Island Roads – in my view we now have worse roads, less control over which roads are fixed when, and a massive PFI contract that has gotten the parent company rich whilst we the taxpayers have pay back over many years!

We can’t afford to let this happen to our NHS.

This has led to many staff concerned about catching the virus and getting sick and spreading the virus to vulnerable patients. This is a clear failure by the government, as we had weeks’ notice of the severity of this pandemic, and the World Health Organization said that all countries should “test, test, test”.  Both the lack of PPE and the shortfall in testing has been the government’s choice not to prioritise the NHS workers and the public.

Step up testing now
Why has this government not stepped up testing?

We have seen in Germany that they are doing over 500,000 tests a week compared to the UK’s mere average of 8,000, which was expected to be over 25,000 however we still haven’t reached this point.

Right now we have politicians and a civil service think-tank pretending that they are disaster management professionals, and their errors in communication and some of their timing and funding of their policy decisions has lost the trust of many of the people.

And then the government wonders why people aren’t complying with commands, insults, and threats, especially when people don’t understand why they are being asked to do things.

Political ideology getting in the way of decision-making
The communications have been so diabolical, many people didn’t understand that anyone could be contagious before they have symptoms!

This is an international crisis, where political ideology should not get in the way of decision-making yet it already has. We saw the government refusing to take part in the EU ventilator procurement scheme, showing clear arrogance and demonstrating how blind support for Brexit could be costing lives.

Remember this when next voting
So when we clap for our Carers on Thursday, and every Thursday until this crisis is over, also remind yourself that the next Thursday that there is an election, you vote for the NHS – protect the NHS – don’t vote Tory.

Image: elhamalawy under CC BY 2.0

Filed under: Government, Health, Island-wide, Letter to the Editor

Let us not forget that moment in 2017 when apparently every Tory MP (bar one) chose with glee to cheer the non-approval of a payrise for nurses and firefighters.

It says everything about their outlook, ethics and demeanor.

Vote Up28-5Vote Down
peterj
Whilst laudable, the letter only mentions in passing other workers outside of the NHS who are now deemed essential yet in most cases only get minimum wage: one very larger sector being care home workers. My partner works for a care home owner who owns several homes across the Island. They have no PPE. They had staff storages before the pandemic and it’s now staff levels are… Read more »
Vote Up24-6Vote Down
Mark L Francis

Just goes to show that when the chips are down, the people we really depend upon are Priti Patel’s “low skilled workers” who take out our rubbish, serve us food in shops and clean for us. Compare how long would we get by without them with how long we would manage without advertising executives, PR consultants, politicians and interior designers.

Vote Up160Vote Down
Tamara
If you want to know what’s really going on in the NHS, I highly recommend a video on You Tube – The Great NHS Heist. It’s based on interviews with people who have worked or are working in the NHS and reveals how successive governments for the past forty years, both Conservative and Labour, have been planning to privatise the NHS by stealth. Compared with the American… Read more »
Vote Up11-1Vote Down
Angela Hewitt

UK Dave you say “Decent pay for workers requires a thriving economy. We had one before the virus, hence the ability to manage the situation as well as we are.” I say if the economy was thriving before the virus why were they not on decent pay then??

This is nothing but a load of tory bashing propaganda. Of course these workers should get a decent wage and I wholeheartedly support that. Incidentally, I’m not a Conservative voter.

Vote Up17-12Vote Down
Rowan
It’s not propaganda to point out how Conservative governments have failed to do their job properly. The truth is a necessary part of a functioning democracy. And sadly even the Labour Party were fooled by the nonsensical idea that allowing private businesses to do part if the NHS’s work was a good idea, just as they were fooled that the so-called ‘private finance inititiative’ was a good… Read more »
Vote Up5-1Vote Down
Rowan

The government were warned in reports about the risk of pandemics, and advised on how to prepare for them, in 2011, in 2014, and in 2017. But if governments don’t believe in listening to experts (remember Michael Gove’s contemptuous remarks?) then thousands of people’s lives are put at risk.

Here’s the report from 2017:
https://www.england.nhs.uk/wp-content/uploads/2017/12/nhs-england-pandmic-influenza-operating-framework-v2.pdf

Vote Up30Vote Down
tyke
Cameron. Your genuine concerns about the NHS would hold more weight if you didn’t make wildly false claims in respect of other issues. We simply do not have worse roads now, the annual road improvement programme is submitted for approval by the democratically elected IWC, I doubt very much that the contract is getting any company rich right now and the council tax payers do not have… Read more »
Vote Up6-5Vote Down
nyeve

In Gulliver’s Travels, as I recall, the parliament of Lilliput could not agree about what to do with Gulliver because they were split into two factions, the Big Endians and the Little Endians. Perhaps that’s what it all boils down to.

Decent pay for workers requires a thriving economy. We had one before the virus, hence the ability to manage the situation as well as we are.
You seem aggrieved that the majority voted for a party different to the one you would have chosen. They did, and they will again, for good reason.

Thriving economy? sounds to me like you’ve been spending your Brexit dividend, how many unicorns did you get?

ukdave don’t you feel there is more than a stench of hypocrisy in islanders clapping all these essential workers on Thursday evenings, when they returned a political party focused on making their lives a misery?

I don’t agree that they make their lives a misery. You’ll never be a millionaire working for the NHS, that’s for sure. At certain times, certain workers or professions within the NHS will have cause to criticise as the government tinkers (I could give examples). Generally though the wage and conditions are fair. NHS wage information is public and can be viewed online.

Vote Up18-20Vote Down
kerry
You’re living on a different planet mate, you need to speak to the numerous NHS workers on zero hour contracts earning a fraction, if that, above the minimum wage, and the many nurses who had their job roles reconfigured so they were paid less, and these are the people you want to risk their lives to save the likes of you, with inadequate PPE, equipment and cover… Read more »
Vote Up27-14Vote Down
ukdave

Hardly any zero hours contracts within the NHS unless you’re including bank staff, which you shouldn’t. And why shouldn’t some NHS workers earn “a fraction above the minimum wage”. There are some low-skilled workers within the NHS you know? Wages are paid with tax payers money. The organisation needs to be competitive. Fair, but competitive.

Why shouldn’t you include the h deeds of bank workers? Why are they not worthy? And what about porters, cleaners, catering staff, etc etc? They are all paid a pittance for what they do, yet a hospital couldn’t function without them. You ignorance is mind blowing.

But really, we are splitting hairs here. So many of those deemed essential earn minimum wage or barely above it. The very people who are now literally endangering themselves – you think that is fair?

Vote Up26-4Vote Down
Rowan
I’m sure that most MPs don’t have evil intentions. I don’t suppose that government MPs intended to make the lives of NHS workers a misery. But that is what they have in effect done, by not funding the NHS properly, by allowing the ongoing parasitism of the NHS by private businesses (look at Richard Branson, for example, and his millions from NHS contracts), by slashing the funding… Read more »
Vote Up6-2Vote Down
Rowan
But we don’t have ‘a thriving economy’ and we didn’t have one before January 2020 – we have a very unequal economy, and that’s not by random chance but by political choice. There are professional gamblers out there right now making millions out of the suffering of other people – the hedge fund managers betting on which businesses will fail or have their stock value go down… Read more »
Vote Up6-2Vote Down