Macquarie Group execs get humongous salaries down under. 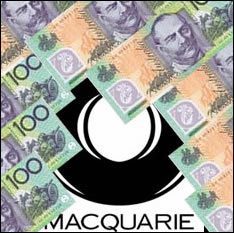 It’s not just the UK where there are concerns over bosses being paid over the odds for their contribution to industry.

The Australian Macquarie Group, who own, amongst many other things, WightLink, are reported today to have two of the most overpaid executives in Australia.

According to an article on Malaysian National News Agency website, Bernama.com, Allan Moss, the former Macquarie chief executive was rewarded with the equivalent of nearly £13,000,000 (A$27 million) last year. Pretty bonkers eh!

The article based on research by stock market analyst Wise Owl, demonstrates that Macquarie is certainly keen to reward their top execs, and names them as “last year’s “prime culprit” for overpaying executives for average results.”

If you fancy reading more, check out on the article on Bernama

Interesting how travellers to the isle of wight and isle of man are being milked, to line the pockets of these fat cats.

Can the OFT use this as evidence of foul play in their investigation?

“fat cats” is an anagram of “fast cat”…hmmm