If you’ve walked past the stone monument in the Undercliff and wondered what the story behind it was, read on 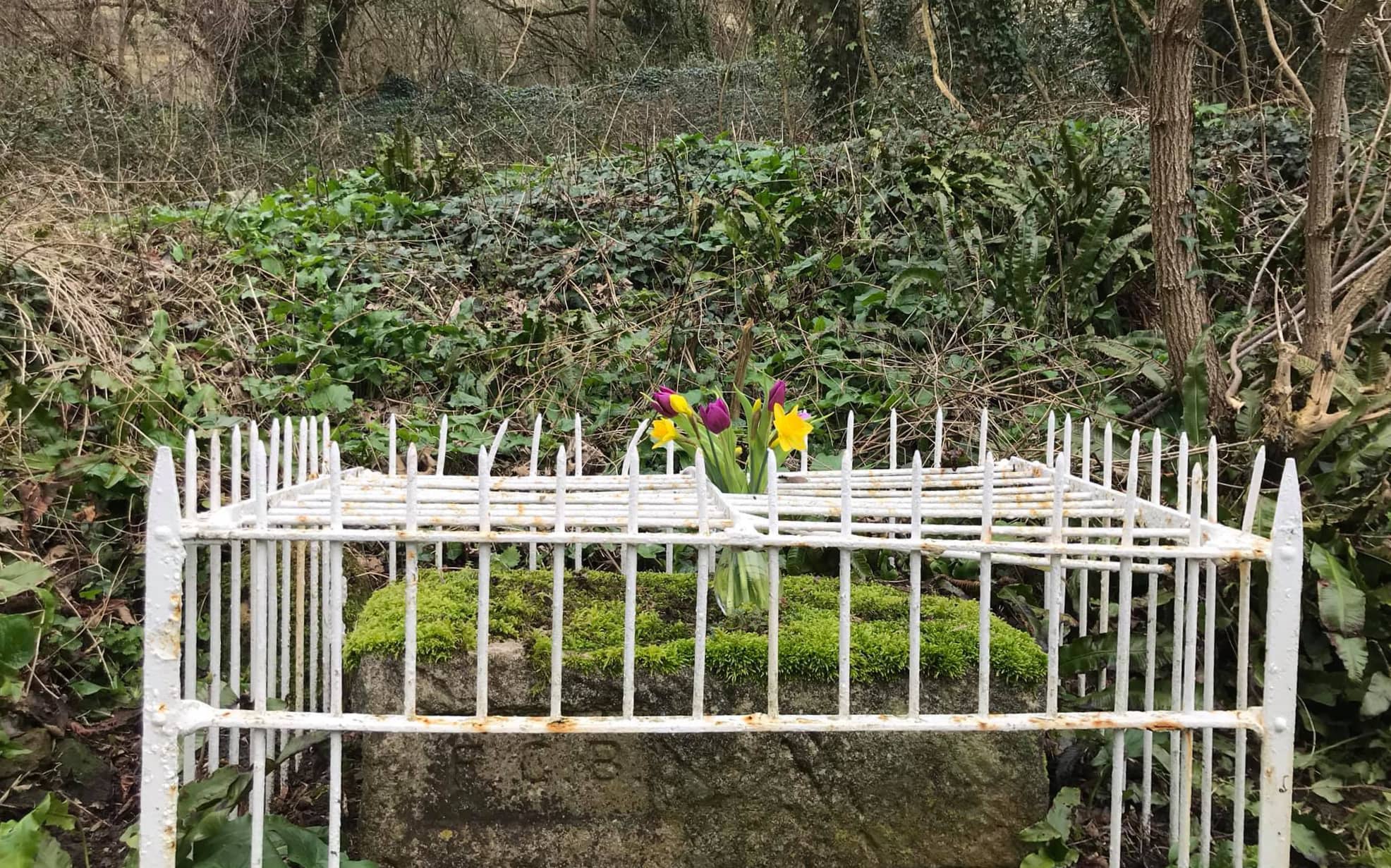 If you’re walking through Undercliff Drive over the next few days you might notice a bunch of flowers on the stone monument half-way between Niton and the St Lawrence.

The flowers mark 129 years since the death of 12-year-old Francis Gray Bacon during a tragic horse-riding incident. They were placed on the monument by Wendy Marshall (aka Womble Wendy).

A tragic accident
A mine of local history information, Wendy shares the story of young Frank,

“F. G. B. 25th Feb 1892. is engraved on the Portland Stone. And so that beautiful Thursday morning. What happened, who can tell? But as Frank and his father were quietly riding homewards down a slight hill, three or four miles from Ventnor, the pony stumbled – on a loose stone, perhaps – and his young rider was thrown violently to the ground.

“He was unconscious when his father reached him and lifted him on to the grassy bank at the side of the road, a spot that has since been marked by a block of Portland stone, bearing Frank’s initials and the date of the terrible occurrence.

“The pony, Prince knew something was wrong, for he drew cautiously away from his little master when he saw him on the ground, looked intently at him, and shivered all over.

“Mr Bacon’s horse, a spirited, restless animal at most times, also stood perfectly quiet and still in the road till help came. The help that did come was, by a strange coincidence, and quite unexpectedly, Frank’s own mother in her carriage.

“The dear boy was conveyed rapidly home, totally unconscious, and placed in medical hands at once.”

Find out more
A book about the life of young Frank was published and one of his poems was published in the local paper just before he died.

You can read more about Francis on the Ventnor and District Heritage Group.

Thanks to Wendy for the info about Frank and to Val Hayward for the use of her photo.

2 Comments on "Mystery of the Undercliff Drive stone monument revealed"

I’ve often wondered who put the flowers there.