Opinion: Why 5G is feared by some people

Rich Cattle says that RF radiation is bombarding us all the time and always has been. He can’t understand the opposition to 5G and explains why here. 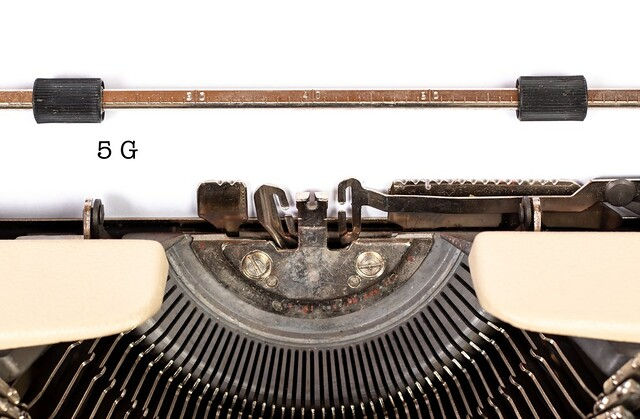 It’s been a while since Rich Cattle has shared his views with OnTheWight readers. Guest opinion articles do not necessarily reflect the views of the publication. Ed

5G, meaning 5th generation of mobile phone communications, is soon to replace 4G which followed 2 and 3G. Many of its benefits include faster download speeds, energy saving leading to lower costs and better device connectivity.

Local group oppose 5G
Whilst losing the bid to use the Isle of Wight as a test bed for rolling out this new technology was sad news for many businesses and essential services based here, some people rejoiced as they had feared this latest version of telecommunication from the start.

These people have been getting together to voice their opposition with claims that 5G is harmful to delicate life like bees, butterflies and even humans. But why?

The World Heath Organization promptly issued a press release on May 11 the same year which clearly stated:

“The WHO/International Agency for Research on Cancer (IARC) has classified radio frequency electromagnetic fields as possibly carcinogenic to humans (Group 2B), based on an increased risk for Glioma, a malignant type of brain cancer associated with the use of mobile phones.”

The IARC lists 111 agents in Group 1 which is for things that have been proven to be carcinogenic. These include processed meat, tanning devices, and diesel engine fumes. Group 2A is for 66 things that show some evidence of being carcinogenic.

This list includes working in a printing or dry cleaning establishment, bracken ferns … and pickles!

What about pickles or dry cleaning?
So why aren’t these same people who were opposed to 5G also standing with placards outside printers, dry cleaners, or placing warning tape around patches of bracken and even occupying fish and chip shops demanding the owners destroy their large jars of Gherkins?!

If you tune an analog radio to just static then 1% of what you are listening to is actually left over static from the big bang!

Always do your own skeptical research
Also the frequencies 5G is going to be using are even less skin penetrating than its predecessors.

So welcome this new technology and enjoy all the benefits it will provide and when you hear of something that sounds frightening in the media always, always do your own skeptical research.

14 Comments on "Opinion: Why 5G is feared by some people"

newest oldest most voted
Lizzi
If it is so safe why did the IOW Council deny it was on the Island only admitting it after Vodaphone appologised to it’s customers on IOW Radio for the inconvenince of Rolling out 5G on the Island which ended March 2019 and Vodaphone now selling Broadband packages…..The Councils response they did not know it was being rolled out as the Telecoms do not need planning permission… Read more »
Vote Up18-3Vote Down
Lizzi
Lisa Joyce-Oakley Janice Jacobs Jemma ReadThe December 2018 issue of The Lancet stated “A recent evaluation of 2266 studies (including in-vitro and in-vivo studies in human, animal, and plant experimental systems and population studies) found that most studies(n=1546, 682%) have demonstrated significant biological or health effects associated with exposure to anthropogenic electromagnetic fields.” The quote from the Lancet shows there is already harm being done, to humans… Read more »
Vote Up26-13Vote Down
dmck
The electrosmog produced by the implementation of 5G wireless network technology will be many orders of magnitude greater than the current situation. It will unavoidably irradiate everyone, and every living thing, massively increasing mandatory exposure, whether using a 5G device or not. The weak, vulnerable and ill will be even more at risk from the planned 5G implementation. Public Health England currently claims no harm can come… Read more »
Vote Up16-5Vote Down
srfeo
This is the crux, the ICNIRP was formed by engineers (not medical/biologists) with telco industry ties, who based their _1992_!!! maximum exposure levels decision only on the thermal effects of RF radiation. They have continued to reject the idea that RF radiation has any negative impact on biological systems in spite of changes in technology and ubiquity of RF systems in 20 years and published studies showing… Read more »
Vote Up40Vote Down
Lizzi
Technology is quite literally destroying nature, with a new report further confirming that electromagnetic radiation from power lines and cell towers can disorientate birds and insects and destroy plant health. The paper warns that as nations switch to 5G this threat could increase. In the new analysis, EKLIPSE, an EU-funded review body dedicated to policy that may impact biodiversity and the ecosystem, looked over 97 studies on… Read more »
Vote Up17-7Vote Down
dmck

The Chair of the British Ecological Society, Professor William Sutherland, Miriam Rothschild Professor of Conservation Biology, University of Cambridge, together with 24 International Environmental experts, in 2018 has identified 5G as one of the top 15 emerging issues that could affect global biological diversity, natural capital and ecosystem services, and conservation efforts. http://bitly.ws/ZgH

A clearly written article with plenty of facts (not just opinion) which I find most enlightening. Thank you. It’s good to have this positive and well argued contribution.

Vote Up24-19Vote Down
srfeo
Except there were no scientifically-backed references in his article that showed that 5G RF was safe, and that there were no studies showing negative effects (which others have linked to). So yeah, if you like his opinion article, great. He’s wrong in two cases, “safe” RF levels stated by the WHO are for the heating effects of RF, and don’t consider any other biological effects of digital… Read more »
Vote Up6-2Vote Down
srfeo
Sir, it must be harder to be a sceptic with mounting epidemiological studies and biological experts (not RF engineering/industry shills) starting to speak out about the harm of RF pulsed millimeter wave beams. Guess what, I’m an RF/Electrical engineer too, and do as much as possible to reduce my and my family’s exposure. No tin foil hat here, just someone who has read a lot, educated myself… Read more »
Vote Up6-2Vote Down
srfeo
Interview with Fiorella Belpoggi, the senior author of the Ramazzini RF–animal study, which show a statistically significant increase in tumors in the hearts of male rats exposed to GSM radiation. https://microwavenews.com/news-center/ramazzinis-belpoggi-interview “I would like to remember that in the 1980’s both NTP and the Ramazzini Institute found the same results studying benzene carcinogenicity. In particular, Zymbal gland carcinomas —very rare tumors— were found by the two laboratories.… Read more »
Vote Up4-1Vote Down
Rich Cattle

I think this article clears things up on this subject. It’s well researched and referenced.

Vote Up0-3Vote Down
earthtruth55
I didnt want to say straight away cuz its dangerous but i think its 2 important. Richard Cattle is in the isle of wight illuminati and used 2 be in ufos spraying chem trails and he knows reptilian and grey aliens also with the bankers and nasa who want 2 depopulate the planet with 5g and superbugs they make while crossbreeding us with the aliens. Research flat… Read more »
Vote Up1-8Vote Down
Rich Cattle

Wow! What a knock out punch. I’m clearly not going to recover from that factually well researched educated response.