On International Day Against Homophobia, Transphobia and Biphobia we have news of this great new project. 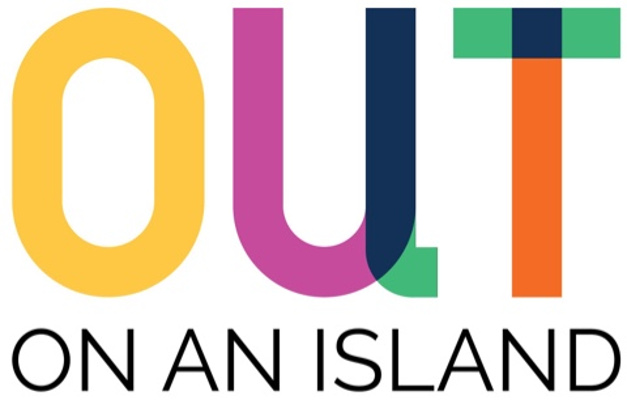 ‘Out On An Island – 100 years of LGBTQ+ Oral Histories on the Isle of Wight’ is a unique project highlighting the personal stories and memories of LGBTQ+ individuals.

We are keen to hear from volunteers and community groups such as Island heritage and historical societies to get involved sharing stories, documents and artefacts to build this unique project.

The project will be delivered by StoneCrabs Theatre Charity led by Project Manager Caroline Diamond and Artistic Director Franko Figueiredo and will focus on the untold and often hidden heritage of the Isle of Wight LGBTQ+ community, working with people of all ages to highlight a section of history, largely ignored and often erased, particularly in rural communities.

Lots of opportunities
The team of volunteers will receive training and support for various roles with opportunities to:

Breaking down stereotypes
This is the first time an LGBTQ+ heritage project has focussed solely on the Isle of Wight. ‘Out On An Island’ aims to break down stereotypes, overcoming confusion and negativity inviting honest and open discussion about issues such as gender stereotyping, the history of Pride and the value of education around LGBTQ+ in schools.

Diamond: No preconceived ideas of what to expect
Caroline Diamond explains,

“Isle of Wight and UK Pride in 2017-18 have brought the Isle of Wight LGBTQ+ community into the public eye locally. This isn’t a ‘new’ community and we are excited to have the opportunity to highlight and learn from the unspoken LGBTQ+ stories from the past.

“We are grateful to the National Lottery Heritage Fund team who visited the East Cowes Classic Boat Museum in February 2018 to highlight the value of LGBTQ+ Heritage. We hope to encourage the sharing of stories and we have no preconceived ideas of what to expect.”

Figueiredo: A diverse, inclusive home for all its visitors and inhabitants
Franko Figueiredo says,

“The time of full equality is not quite with us yet, we still feel oppressed by the legacy of the hetero-normative history and many of us don’t always feel safe or comfortable in public places: there is still a lot of misunderstanding and bigotry against the LGBTQ + community that we need to overcome.

“Caroline and I have been meeting since the Heritage Fund team visited the Island early last year and ‘Out On An Island’ came from our discussions on the meaning and importance of cultivating connection and change through our island’s unspoken LGBTQ+ history. ‘Out On An Island’ can show us that the Island can and should be a diverse, inclusive home for all its visitors and inhabitants.”

Tatchell: Shining a light on the Island’s LGBTQ+ community
The project is supported by Human Rights Activist Peter Tatchell who said:

“LGBTQ+ History and Pride events have tended to be focused on Britain’s major cities, to the neglect of more out-of-the-way places like the Isle of Wight. But LGBTQ+ people are everywhere, in all parts of the UK.

“This project aims to shine a light on the Island’s LGBTQ+ community and its long history: to inform, educate and inspire. Bravo!”

Book and exhibition
‘Out on an Island’ will culminate with the publishing of a project book as well as a two-week public exhibition at the Clayden Gallery in Quay Arts Centre, Newport in 2020, which will include oral histories on live playback, community and artists’ responses, specialist talks and community workshops.

Free tickets for project launch
If you would like to learn more or volunteer for this project contact: outonanisland@stonecrabs.co.uk or come to the project launch on 6 June 2019 7.30pm at Quay Arts, Newport,

Tickets for the launch are free but must be booked in advance.

Filed under: Island-wide, Isle of Wight News, The Arts, Top story, What's On

“The time of full equality is not quite with us yet, we still feel oppressed by the legacy of the hetero-normative history…”

Anybody able to shed some light on what is meant by this?

Temperance means self restraint and moderation.

A fact you seem unaware of.

Perhaps you should apply some temperance to your tongue and keyboard, it might make you a nicer person.

Please note that this comment is in reply to temperance and is not a response to Rockhopper.