The Red Funnel ex-First Officer was today sentenced, after pleading guilty to a child sex offence. Full details inside 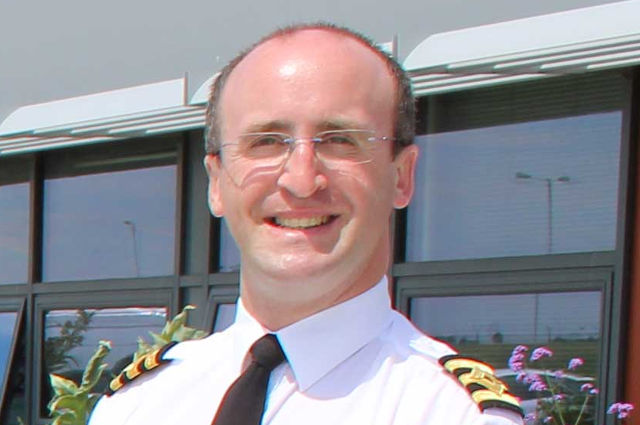 Today the ex-First Officer of Red Funnel, Matthew Parker, was sentenced at Southampton Crown Court for an offence involving children.

He pleaded guilty to arranging/facilitating the commission of a child sex offence.

“We can confirm that Matthew Parker is no longer employed by Red Funnel and that he left the business in October 2018.”

References to Matthew Parker and these trips on the Red Funnel website have been deleted.

OnTheWight this morning asked Red Funnel, “What date did Red Funnel contact the IW schools he had contact with? And what did you tell them?”

“As today’s Court ruling against Mr. Parker does not pertain to his employment at Red Funnel, it would be inappropriate for us [to] make any further comment for legal and data protection reasons.”

Also met Prince Edward
Red Funnel has missed out from deleting one on their PR items about Matthew Parker from their Website.

It was back in 2017, he was their Hi-Speed Marine Environmental Health & Safety Officer attending a Marine Careers Fair on the Island.

“Prince Edward had a great chat with Matthew Parker.”

Scouts had distanced themselves in 2013
Parker had been connected with the Scouts on the Mainland. They told OnTheWight

“The safety of all our members is our number one priority. It is at the heart of our decision-making. We carry out stringent vetting of all adults who work with young people and work together with statutory agencies and other parties to share relevant information to ensure the safeguarding of young people in Scouting.

“In 2013 concerns were raised with us about Parker’s suitability for a leadership role with the Scout Movement. We alerted the Police to these concerns and cooperated fully with their investigation. We immediately suspended Parker from his volunteer role.

“Following the Police investigation and while he was still suspended we started a review of Parker’s volunteer role. He resigned from his volunteer position during this review. Parker has not volunteered with the Scout Movement since he left in 2013”

My own questions would be centred on the checks his employer undertook, given that concerns were raised by a voluntary organisation. Do RF staff not have to complete a DBS check? What on Earth was he doing in a school without one? Also, surely he must’ve had to declare the historic concerns?

Since this is a first conviction (?) a DBS check would have cleared him. People need to remember that a clear DBS does not mean that vigilance can be dropped. Besides which, I don’t know that a job on a ferry requires enhanced disclosure anyway. The offence appears to be unrelated to his employment.

Quite correct, people put too much reliance on DBS checks, unless someone is convicted or there is an incident involved with prescribed employment it won’t show up.

” Besides which, I don’t know that a job on a ferry requires enhanced disclosure anyway. The offence appears to be unrelated to his employment”

If part of his job involved going into schools or even being on duty on a ferry where he would have access to children he certainly would have needed an enhanced CRB check.