Isle of Wight Bunker features on TV screens this Sunday

The former Royal Air Force radar station, which has now been converted into a stunning home, will be featured on TV on Sunday night 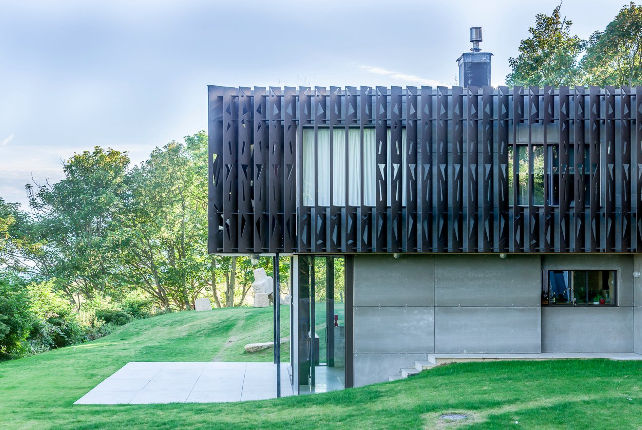 The Isle of Wight will be on our TV screens this Sunday evening (10th November) as The Bunker in St Lawrence features on ‘World’s Most Secret Homes’.

Episode three of the series features homeowners discussing what attracted them to unusual and secluded properties, from extravagant underground bunkers to cabins on remote islands.

The Bunker
Isle of Wight artist, Lisa Traxler, and her partner, architectural designer, Lincoln Miles, were invited to take part in the TV programme and were filmed over the summer at the former Royal Air Force radar station, which has now been converted into a stunning home, The Bunker.

Anyone who visited Lisa’s Open Studios event at The Bunker, or Holly Maslen’s excellent Pick Up Pieces Exhibition will have seen a glimpse of the property.

Grand Designs
Lisa and Linc previously appeared on Channel 4’s Grand Designs programme in 2010 with Kevin McCloud when they built their first home in Binstead, The Tree House.

Linc appeared on the series again in 2015 for his grand design of a £3.3m home in Wootton.