Many residents asked to see the Report that has condemned two of the three large trees outside County Hall, so OnTheWight asked for it 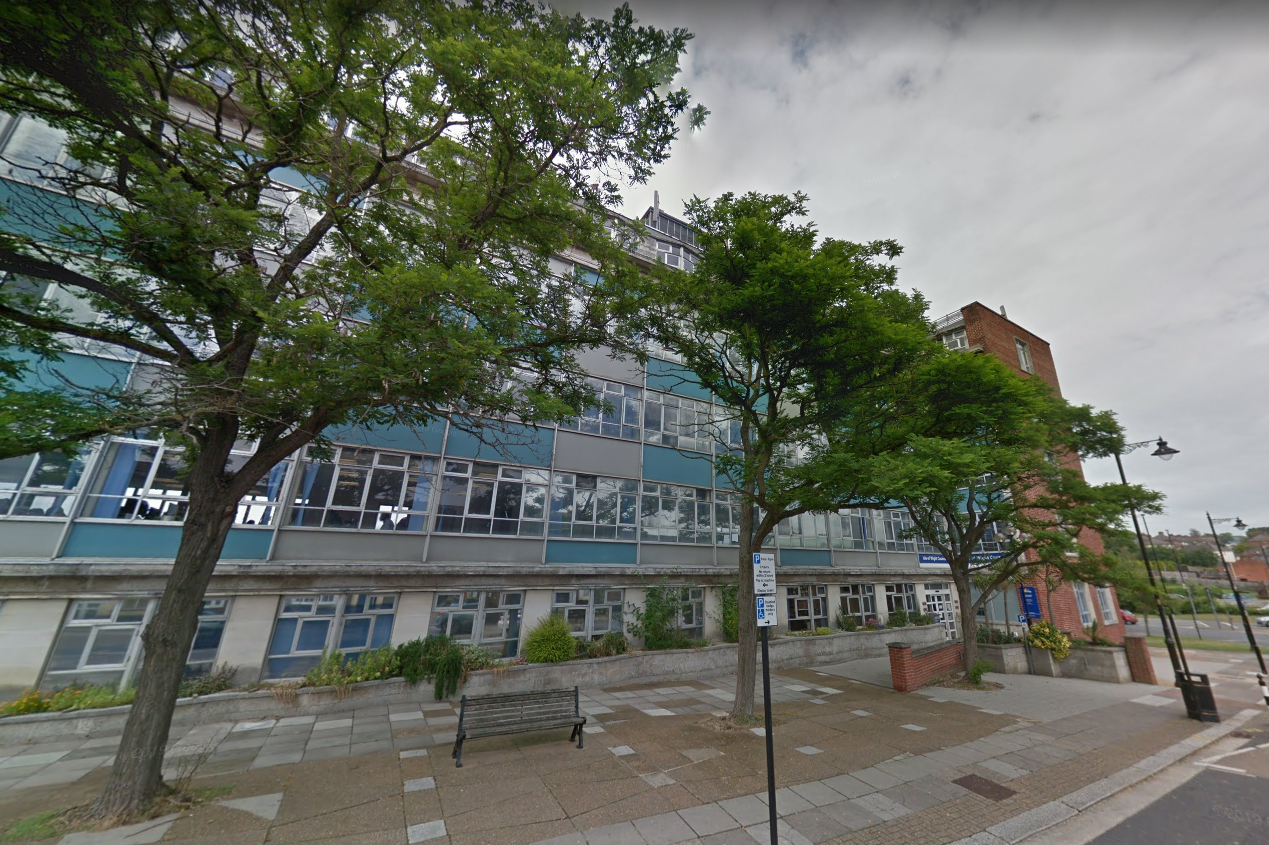 Earlier in the week the Isle of Wight council announced they would be removing two of the three trees that sit outside County Hall in Newport.

The council stated that the False Acacias “have reached the end of their lives, with rot being found in them”.

This sparked concern from residents on social media, with some suggesting the trees were being cut down for the sake of 5G, and others calling for the report that identified them containing rot to be published.

There is no report
To help inform readers OnTheWight requested a copy of the report to share. The council replied earlier this week explaining that a report had not been commissioned, but that the decision to remove the trees followed an inspection by the Tree Officer.

“All three of the false acacia trees outside County Hall on Newport High Street have been inspected by the council’s Tree Officer.

“His advice was that the two trees nearest the main door were showing signs of damage and decay and should in due course be replaced with healthy trees.

“The third tree will benefit from some minor works and does not need to be removed.

“No separate written report was commissioned.”

Removed “for everybody’s safety”
The spokesperson went on to say,

“These trees are popular and useful, providing an attractive part of the street scene and a shady walk for visitors to County Hall.

“We have no wish to lose them, but for everybody’s safety, it is best to take them out before they become dangerous and replace them with healthy trees that will grow up to do the same job.

“We plan to remove the two trees and do the works to the third tree soon.”

Replacements
The new trees will be planted in the same location, and will be put in “as soon as is appropriate”, which may be next winter now to give them the best chance to become established.

newest oldest most voted
YJC
I despair. The island’s trees don’t stand a chance. Perfectly, healthy, beautiful cherry blossom tree removed from Town Lane. Workers had a new sapling to put in but didn’t because they were not sure where to put it. 35 trees taken down outside the old Newport railway station (funeral place) “in case they fell down” We need more trees to offset out way of life, not less.… Read more »
Vote Up87-1Vote Down
Steve Goodman
One surety is the Con. party’s manifesto pledge to plant 30 million trees each year, in response to the importance of the belated growing recognition of the folly of continuing catastrophic destruction and our urgent need to attempt re-balance. Another certainty is that our growing population and other unsustainable business as usual is why we are in so much trouble. The latest leaked report from America’s biggest… Read more »
Vote Up10-1Vote Down
Steve Goodman

Is this the same tree officer who ignores requests to visit woods that are having protected trees cut down? Is it the same officer that submits reports on planning applications with the wrong property inspected?

Agree with Barry, there is a lot of dead wood inside County Hall. Let’s hope residents do some radical pruning themselves at next year’s elections.

Vote Up85-2Vote Down
davimel
I totaly agree about the amount of dead wood in County hall,,, however the problems often arise with the staff who remain in place regardless of which elected person has overall responcibility.. The chain link fiasco etc.. There are way too many ‘jobs worths’ inside that building who are promoted, not through skill, but length of service or friendships with senior employees. Our Councilors are fair game… Read more »
Vote Up60-6Vote Down
Barry

Get rid of the dead wood working inside building.

Vote Up57-6Vote Down
Benny C
There seems to be quite a lot of rot in the Council chamber. It’s pretty obvious to nearly everyone. Maybe we could have that removed too. All we need is a good press and media campaign to ensure wards understand the wider implications of voting for senior Councillors and encourage them to mark their ballot papers tactically. Hopefully Sandown , Havenstreet and Niton are paying particular attention… Read more »
Vote Up46-3Vote Down
septua

Everyone seems to slate the Councillors we have, but how many of the critics ever consider standing for election?

Vote Up15-18Vote Down
Benny C
Theyre in role, they have put their hand up for the job, they’re getting the expenses and they should be performing way better. Compared even to small mainland councils this one is dysfunctional, utterly shabby and embarrassing. We don’t need replacements, we need this lot to grow up, we need a few removed, we need them to start doing business properly, thoughtfully, responsibly. The need to be… Read more »
Vote Up12-1Vote Down
grumpymoo

I do hope that now concerns have been raised, there will, in fact, be a report commissioned.
I read elsewhere that some one mentioned it was a bug infestation.
The council seem so shady, (no pun intended) more so recently.
Convenient how it’s the trees nearest the doors to the building.
Extension to entrance soon, anyone?

Vote Up400Vote Down
Benny C
Why can’t someone at the Council just say what’s actually wrong with them. Half the problem is that the bumbling dialogue they issue is so vague folks start to question its trustworthiness, or worse, they get the impression the Council think residents are not important enough . PR isn’t hard to get right unless, evidently, you’re a muddled senior Councillor who decides they’d like to hear their… Read more »
Vote Up360Vote Down
Rhos yr Alarch

If these acacia trees are already unsafe after only 50 years, surely this was a poor choice of variety? They have only just reached sufficient height to screen off the visual impact of the new extenstion…

They haven’t been there 50 years – the first lot was replaced around 30 years ago.

Vote Up180Vote Down
Benny C
If Honey Fungus gets to them they could go from healthy to hazardous in under 2 years. There’s plenty of it about on the island. No known treatment as far as I’m aware. Easy to transmit and travels significant distances underground independently. So if that’s the case, why not just say so. Or whatever the cause for concern is. Come on IOWC, try a different approach and… Read more »
Vote Up100Vote Down
Reciprocity

A ‘Tree Officer’. No wonder our council taxes are being raised to pay for the salaries of such jobsworths. It’s time for a Preservation Order for these two trees and a Retraining Order for the council to be raised.