Take a look at this just-released video – Two staggering luxury GT cars, driving around the Isle of Wight, making it look absolutely and utterly beautiful – The cars don’t look bad either :) They must like it here, they called it the “sunny, exotic Isle of Wight”! 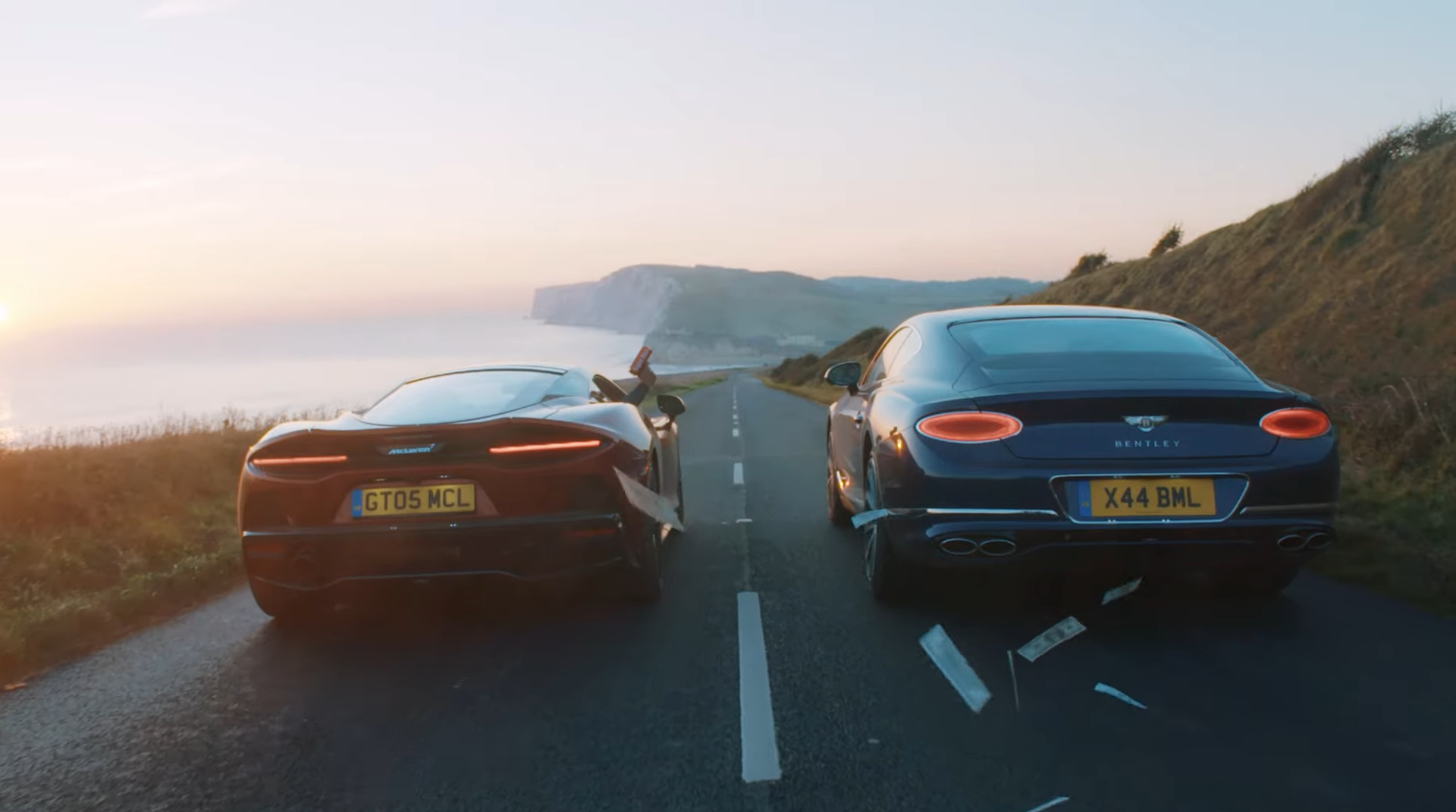 Those who follow OnTheWight on Facebook will have seen that ten days ago a production company had come to the Isle of Wight – Ventnor, the Military Road and a bit of Ryde – to shoot a video of two very high-end Grand Tourer (GT) cars.

Well, we’ve just had the tip off from them that the video has just gone live on AutoTrader’s YouTube channel (below).

Rory Reid (him from off the telly!) is now with AutoTrader and wanted to find out which was the better Grand Tourer, the new Bentley Continental GT, or the McLaren GT – the supercar maker’s first GT model.

Staggering
Both cars are frankly staggering, in their looks, luxury, performance and price – both have a list price of over £150,000 and that’s before you start on the crazy-priced options.

Lovely bunch
We chatted to them when they were in Ventnor, taking a rest between shooting – they were a really lovely bunch, very happy to talk about the cars.

(BTW – Fear not – They assure us that presenter, Rory, picked up that fake money that he sprayed around)

Eye catching
There’s no doubt, the car that got the most attention from the public was the McLaren – people couldn’t stop looking at it.

The just-released video by AudoTrader

Rather tedious viewing – and unsettling seeing so many further cracks in Ventnor roads….

2 absolutely amazing cars set alongside a picturesque isle. I only hope they picked up all that fake cash and didnt let any litter the isle to be honest it was a recless move to even do that. *SMH*

Dinosaur Island. Remind me of the speed limit again. We need a pollution tax for these fuel guzzling archaic monsters.