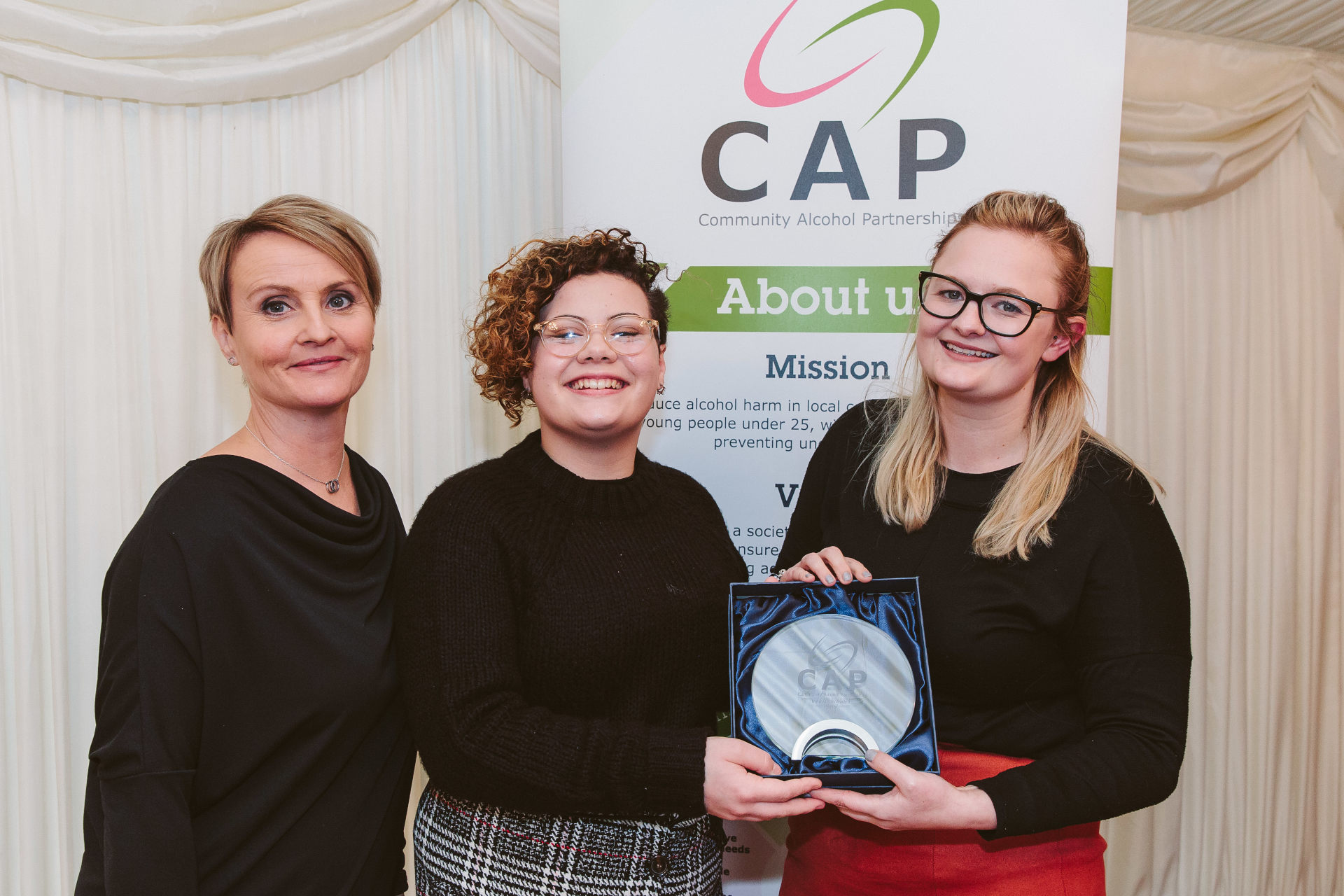 Maiya Dixon (pictured right) of Network Ryde and India Dale (pictured centre), one of the young people involved in the project, received the CAP Innovation Award from Elizabeth Fairhurst, CEO of Northern Ambition Academies Trust and CAP Board member, at the annual CAP celebration at the House of Lords on 29th January 2020.

“The young people attended a workshop to learn more about alcohol harm and then worked with local artists to produce embroidery, creative writing, dance and painting.

“Feedback showed that taking part in the project enhanced their confidence and self-esteem and increased their awareness of the harm that excessive alcohol use can cause. Well done Ryde CAP.”

“I am delighted to hear this wonderful news about the award. It is very much well deserved. Ryde Town Council is extremely proud of Network Ryde Youth service’s partnership with Ryde CAP and the pioneering work it is undertaking in Ryde.

“The CAP project was amazing, and Ryde Town Council has already awarded all those involved in its 2019 Town awards.

“This national recognition is the icing on the cake and just shows the innovation and creativity of our young people in Ryde. Well done everyone.”

What is a CAP?
CAPs are made up of partnerships between retailers, local authorities, police, schools, neighbourhood groups and health providers, working together to empower communities to tackle alcohol-related harm to young people and improve the quality of life for residents.

The CAP 2019 annual report, launched at the House of Lords, shows how this innovative partnership approach has brought major reductions in alcohol supply to children, alcohol-related anti-social behaviour and underage street drinking.

“Underage drinking is associated with school and educational problems, unprotected sex, consumption of illicit drugs, violence and drinking problems in later life. We have been greatly encouraged to see emerging evidence that CAPs are reducing alcohol consumption by underage children.

“While the proportion of young people in England who regularly consume alcohol has dropped slowly between 2001 and 2018, the reductions achieved in CAP areas are even greater, with 52% average reductions in regular drinking among 13-16 year olds.

“We believe that this reflects the increasing emphasis on working with schools within the CAP areas.”

Yeah I know its wrong but for anyone on here who use to do such things was great wasn’t it.