Universal Credit is a major changes to how people receive allowances from the Department for Work & Pensions. Here’s the details of the three stages

The Department for Work & Pensions sent this to VB this afternoon. Given Universal Credit will affect everyone receiving Jobseekers Allowance; Employment Support Allowance; Housing Benefit; Working Tax Credit and Child Tax Credit, we thought it would be relevant. It’s in their words – Ed 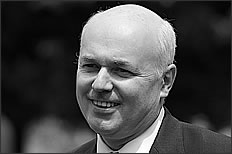 Over one million people will be claiming Universal Credit by April 2014 Work and Pensions Secretary Iain Duncan Smith announced today as he set out the Government timetable to move 12 million claimants onto the new benefit by 2017.

Development of the Universal Credit IT programme is also progressing well with 30 per cent of the new technology required to deliver it now complete on time and on budget.

“Universal Credit is the most radical redesign of the benefits system this country has ever seen. From October 2013 it will replace the current costly, outdated process with a digital system, which will be simpler to use and make work pay for hundreds of thousands of people across the UK.

“The programme is on track and on time for implementing from 2013. We are already testing out the process on single and couple claimants, with stage one and two now complete.

Stage 3 is starting ahead of time – to see how it works for families. And today we have set out our migration plans which will see nearly twelve million working age benefit claimants migrate onto the new benefits system by 2017.”

At the same time a further 500,000 existing claimants (and their partners and dependants) will also move on to Universal Credit as and when their circumstances change significantly, such as when they find work or when a child is born.

Second phase
From April 2014 the second phase will give priority to households who will benefit most from the transition such as those Working Tax Credit claimants who currently work a small number of hours a week but could work more hours with the support that Universal Credit brings.

Overall 3.5 million existing claimants (and their partners and dependents) will be transferred onto Universal Credit during this second Phase.

Last and final phase
The last and final phase, which begins at the end of 2015 and runs through to the end of 2017, will see around 3 million households being transferred to Universal Credit by local authority boundary with a focus on safeguarding financial support, such as Housing Benefit payments to claimants as the old benefit system winds down.

Updating the House of Lords in a Written Ministerial Statement, Lord Freud the Minister for Welfare Reform said:

“We recognise that the move from one welfare system to another needs to be carefully managed to ensure social outcomes are maximised and no-one is left without support, which is why we taking a phased approach to Universal Credit both in terms of moving people onto the benefit and ensuring that the systems are in place to deliver it.”

Many of the technology building blocks needed to deliver Universal Credit already exist with the programme reusing existing, proven IT, which represents about sixty per cent of what is needed.

Although there will be elements that need to be updated and parts which need to be built from scratch – Ministers are clear that Universal Credit does not require a major new IT system.

Image: spunter under a CC BY 2.0 license

By Dept for Work and Pensions Press Office

Let’s hope this works. The poorest badly need help, the work-shy badly need to be encouraged to get back in to some kind of work – assuming they can find some of course.

I have to smile at politicians. They berate people for living on benefits but do nothing to stop industrialists sending the work abroad for the quick buck. They then expect people with no income to buy the products imported.

These politicians are just a bunch of hypocrites. They accuse people on benefits of being scroungers while at the same time claim huge amounts of expenses for themselves.

It’s the politicians and bankers who are the real scroungers in this greedy capitalist society.

Surely one of the things that we all want to illiminate is fraud, however small it might be. Looks like this should do that.

Vote Up00Vote Down
Westminster Blue
Britain’s benefit system has been out of all control for some years. Our enormous borrowing maintained the status-quo. The solution is to get tough on those who abuse it, but you do have to know that someone could work, if they tried hard enough. As for politicians, regardless of being left, right or centre, they have to be paid. Pay them too little and you will get… Read more »
Vote Up00Vote Down
playingthenumbers
Not entirely true is it? There were at least two tory peers charged in the expenses scandal. Lest we also forget the not-so-long-ago cash for questions incident, which implicated another two tory MPs, or the Archer perjury trialâ€¦â€¦ I think you are also being disingenuous about the benefits system. It serves both a social & economic function. I should just like to pick out two economic functions.… Read more »
Vote Up00Vote Down
mark francis

Have you been reading the “Bread Trick” from Ragged Trousered Philanthropists again?

Vote Up00Vote Down
PAUL MULLERY
Excellent analysis, playingthenumbers. One factor which amuses me is the attitude to public servants. When those who would normally work in the private sector are unemployed, they bemoan public sector wages and pensions mainly out of jealousy. In an economic downturn, the country relies on the public sector employees to spend the money! Paying a public sector employee comes from the same government pot as benefits and… Read more »
Vote Up00Vote Down
mark francis
Cameron Sees it Through! (Michaelmas Term at Bullingdon Towers) I say chaps- I’ve got a wizard wheeze. We owe oodles of dosh because of those beastly cads, the Merchant Bankers, so we’ll have to cut back on public expenditure! Chuck out some of the School porters, beastly plebs! (Six months later) Crikey! Those beastly unemployed ex-School Porters aren’t buying their sandwiches from the tuck shop anymore &… Read more »
Vote Up00Vote Down
No.5

what a lot of tory propaganda balony

Universal Credit is to replace a number of different benefits with one. This is supposed to be simpler but I doubt it. It will be one super-complicated benefit and the application form will be the length of a Harry Potter novel. The costs of the switchover will be enormous.
Essentially its moving the deckchairs on the deck of the Titanic when what we need ate jobs

Vote Up00Vote Down
Mr Sandown Sally
However you dress it up, when Dave arrived, the country was spending around 40 million more each day, than it had coming in. This had nothing to do with bankers, and everything to do with a mad Labour government too stupid to see that these bullions would have to be repaid eventually. The terrible two Ed’d, Milliband and Balls, seem to still believe the answer for Dave… Read more »
Vote Up00Vote Down
No.5
Now go and look at the real figures as a percentage of GDP…The way figures should and are provided by all repudable accountants and the IMF instead of the hype from the media. The old Tory speal/nonsense about PFI not being counted is also incorrect, but then if you trust our newspapers for the truth, thats what you get. This governmant is far worse than the Last,… Read more »
Vote Up00Vote Down
saver

Dave & his chums have been in charge now for 18+ months, so how many more millions is he spending than what is coming in? I’ll wager it is more than those pesky Labourites!

Cutting expenditure & then pumping in Â£72bn quantititive easing rather looks like going round in circles.
Labour had a consistent Keynesian approach.

it shows the GDP of the Eurozone with a link to precise figures and % for the UK…you will note that the UK had a fairly constant level all through the labour years..only crashing once the bank crisis occured…..hope thats facts enough for you

Vote Up00Vote Down
martin lewis
From 1979 when Maggie came to power the Tories have always run a deficit (except for 88 & 89). Labour also had some years that were in deficit but it was after the banking collapse that 2009 posted a Â£152 billion deficit. Dave & his chums matched that last year and are well on their way again this year. In fact if you exclude 2009 by this… Read more »
Vote Up00Vote Down
Mr Sandown Sally

As usual, No5 believes himself superior to the rest of us, who get our news from sources he disapproves of. As for Mail, Mirror or Sun readers, I shudder to think what he thinks of you lot.

does that mean you will have a look at our figures as a % of GDP to get a better idea of the truth…if so, I’m happy for you to have a dig

So who was this “Prudence” that gordon Brown was so taken with?

Vote Up00Vote Down
Mr J
No5 as ever you bend the truth to suit yourself. In real terms, actual billions, Labour spent far more than the Tory-Lib alliance and during a boom. GDP is not really the best, nor fair indicator. The reality is Labour borrowed far more that the new government, who I believe are still borrowing way too much, despite the exceptional circumstances. You do always seem to have an… Read more »
Vote Up00Vote Down
mark francis
The issue is perhaps with the writers of the Daily Mail and the way they at least claim the moral superiority of their readership, as decent, middle-class blood-doning, church-going, opening doors for old ladies types smug b*strads that quite rightly annoys No.5. Even if you read it- you don’t have to believe it. If the Labour Government are to blame for the crisis then so are all… Read more »
Vote Up00Vote Down
No.5

The Daily Mail is a lying rag that needs to chastised the way the News of The World was and closed down…yet another example of its flagrant lies this week, when it was forced to pay compensation to Cherie Blairs consultant because it lied

GDP is the indicator the Tories chose to use when it suited them…it is also the indicator used throughout Europe and the IMF…it gives a fair comparison with economies on an even field.

Its not perfect..but it is the best allround indicator we have.

Vote Up00Vote Down
Asite2c
The reason the Labour Government borrowed so much money was (with Tory support) to bail out the greedy banks. If the Government still had this money available today, then the deficit would not be looking so bad. This pathetic Government have a bad habit of blaming everybody else for their own failures. Teresa May is the perfect example. She is now blaming the former head of border… Read more »
Vote Up00Vote Down
Mr J
No newspaper is totally reliable, no news source can be trusted 100%, just as none of us are infallible. That was not my point. My point was that No5 sees his opinions in some way superior to the 10-15 million UK residents, who take either the Sun or Mail each day. He is not. Media ownership is not the issue either, the Daily Mirror had Robert Maxwell… Read more »
Vote Up00Vote Down
No.5

agreed..but not many absolutely lie to the extent the Daily Mail does