The track was recorded in a former water tower on Queen Victoria’s estate on the Isle of Wight and the music video recorded at John Cattle’s Skateclub. We love it! 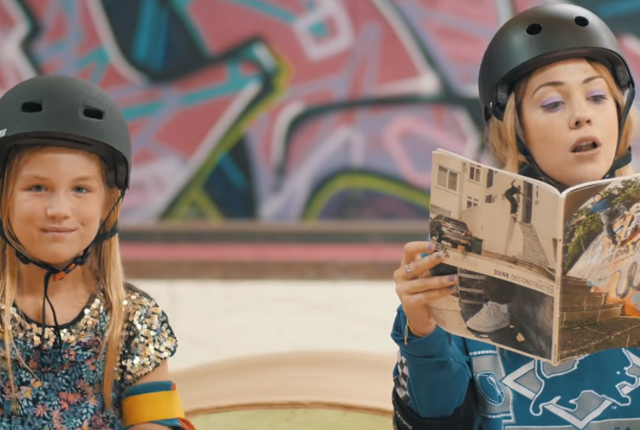 Lauran graduated from Platform One College of Music in 2015, going on to attracting industry attention within just a matter of months.

Three years later and many live performances at gigs and festivals, recordings and videos, Lauran has released her latest track, What Do Girls Want?

We love skateboarding
Filmed at the most excellent John Cattle’s Skate Club in Wootton and featuring, among others, none other than JC himself, along with the Island’s newest skating heroine, seven-year-old Martha (see her Insta for videos), Lauran’s latest track has much more of a indie-pop feel than her earlier work.

Island talent throughout
The track was recorded and produced by the very talented Isle of Wight music producers, Jim and Rob Homes of Boe Weaver (who based in a fantastically decked out water tower on Queen Victoria’s estate).

The music video was created by very clever chaps, Stuart Fisher and Dave Waight, over at Skinny Mammoth Productions.

The catchy tune is already receiving rave reviews, but you can decide yourself by watching the video right not.

Props to all involved. Find out more about Lauran via her Website.