Southern Water says the south of the country “truly faces the ‘jaws of death’ and will be asking customers to try to reduce their use. 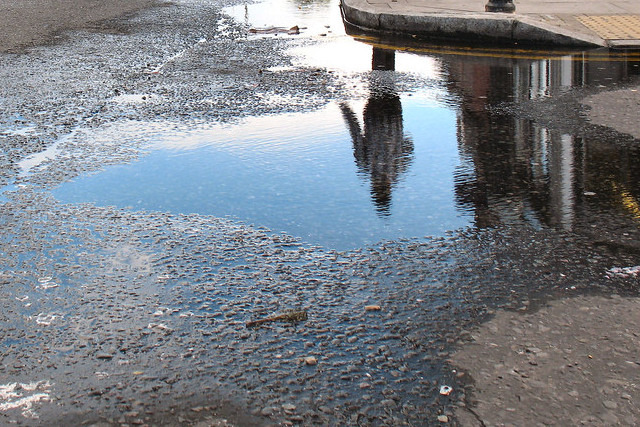 We are launching a major initiative to tackle leaks from our network in south Hampshire, the Isle of Wight and Southampton, with big investments in new teams and new technology.

The investment will cover the recruitment of 30 new ‘find and fix’ teams, bringing the total number of units covering the whole Southern Water region to 190 from just 100 two years ago.

Using digital technology
New technology is also a major part of the plan with £250,000 being spent in the area. That money will be spent on installing an extra 1,600 acoustic loggers to add to the 3,760 already attached to our water pipes.

The loggers use digital technology to monitor the noise water is making. Another 15 units will be available for rapid deployment in hotspot areas identified by network monitoring.

More computer technology in our network control centre will be used by freshly-trained technicians to feed better data from an entirely new leakage reporting system to the find and fix teams.

Tapping: Region facing the ‘jaws of death’
Phil Tapping, water demand manager, says that working smarter will also help reducing wastage and help us reach a target of cutting leaks by 15 per cent by 2025.

“We’ve had a good record historically on leakage and are near the top of the league table in England but we have to do more.

“Southern England truly faces the ‘jaws of death’ in Environment Agency chief executive Sir James Bevan’s memorable words. We’ll be asking our customers to try to reduce their use but must prove we are doing our part.”

The extra funding in Hampshire is part of an overall additional £4 million investment in acoustic logging by September and a £2.4 million extra investment in leak fixing in the coming year.

Image: Alan Stanton under CC BY 2.0

newest oldest most voted
Colin
Beggars belief really. WIth the Island fully fitted with water meters I don’t believe that anyone wastes water. The fault is clearly with the water companies but they are more concerned with making profits for the shareholders. The privatisation of the UK utilities has been a complete and absolute disaster for the country and the constant urging ot customers to use less is just a ruse to… Read more »
Vote Up32-1Vote Down
Tamara
Meanwhile an oil company is planning to start drilling at Arreton next year, subject to planning permission. This can only be by hydraulic fracturing, known as fracking, that requires huge amounts of water. Where, we should be asking are they planning to source their water? In North America communities are being denied piped water while big business is syphoning it off to sell as bottled mineral water.… Read more »
Vote Up15-1Vote Down
Benny C
Ok Councillor Stewart, what’s your musing on this? You have the power to stop the fracking which will use a lot of our water long term, employing high pressure technology, with the high chance of some extremely nasty side effects for residents. It will provide only a very limited ecomonic benefit but on the plus side it will, if approved, contribute to your removal as an elected… Read more »
Vote Up80Vote Down