3.99 per cent council tax rise proposed by Isle of Wight council: Have your say

The council say that even with the 3.99 per cent council tax rise they will still have to plug a £3.5m hole in the budget. You can have your say in their consultation 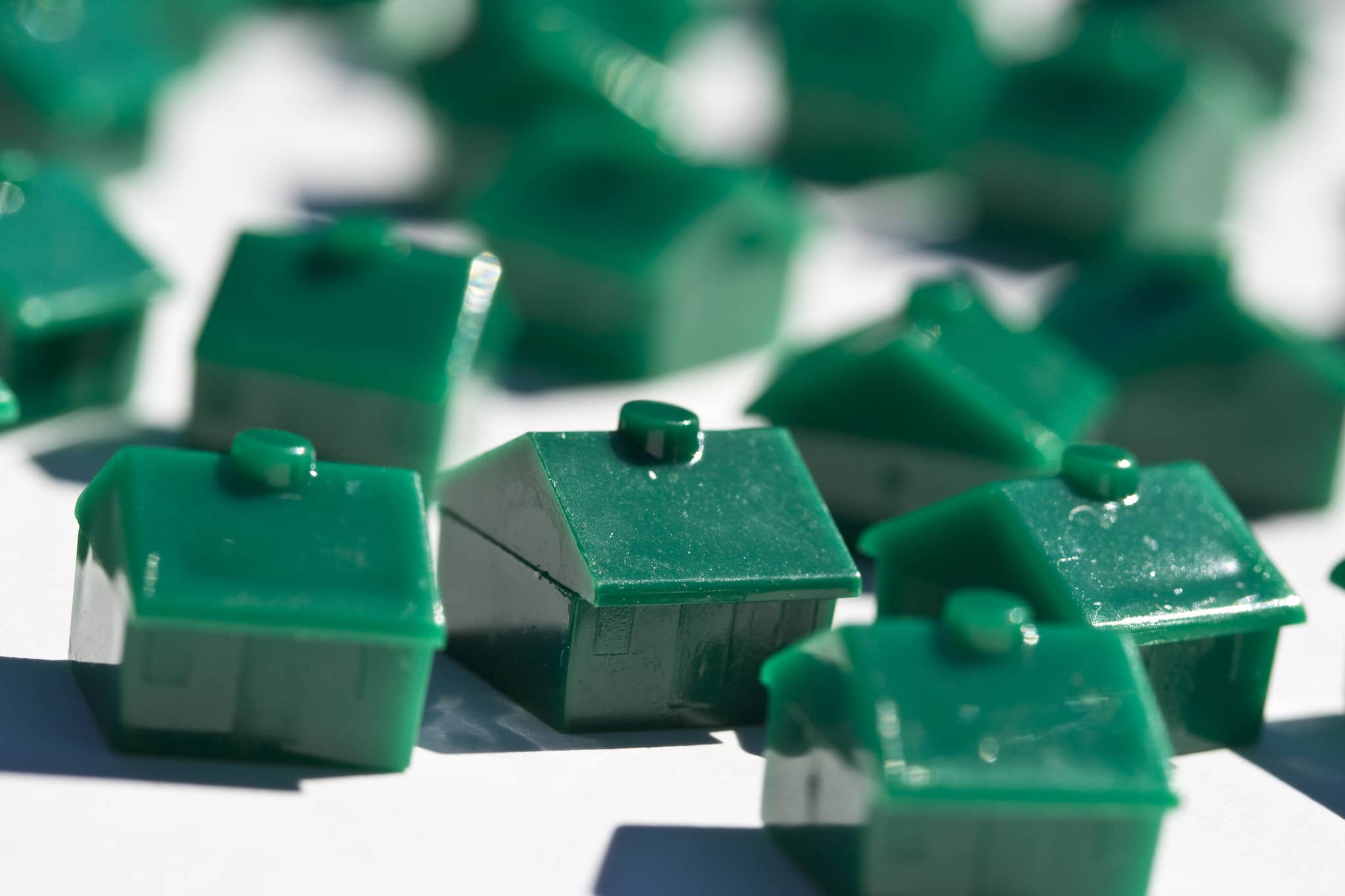 Isle of Wight council tax bills look set to rise by up to four per cent again next year.

If approved, it will be the eighth year in a row council tax will rise on the Island.

Launching its public budget consultation, the Isle of Wight Council says it is expecting to spend £340 million on services including schools, regeneration and refuse collection.

Another 3.99 per cent increase
In the introduction to the survey,  it says to keep the services sustainable for the future it is proposing to repeat the 3.99 per cent increase it imposed last year — two per cent, creating around £1.7m, to help provide its services and possibly a further two per cent to fund an ever-growing pressure on the council’s adult social care budget if the government allows it.

The survey asks questions such as what services should the council charge for, whether it should raise council tax by more than two per cent — which would be decided by a referendum — and whether people would be willing to pay the adult social care precept if it increases.

Last year, the increase went up by 3.99 per cent with two per cent going to adult social care.

“Frontline services have been maintained and improved, with improved efficiencies in many areas.

“Obviously, this year, we have a different challenge with the Coronavirus pandemic that remains ongoing, so we have to plan this into our budget analysis for next year too.”

Potential savings are being identified to balance the books while the budget is still in its outline stages as there are still question marks over how much funding from the government — an Island Deal, the fair funding review, any other Covid-19 related packages — will be given to the Isle of Wight Council.

It is thought the budget will be put forward at the full council meeting in February.

Have your say
To take part in the consultation and have your say, visit the council’s Website.

Image: wwworks under CC BY 2.0

25 Comments on "3.99 per cent council tax rise proposed by Isle of Wight council: Have your say"

Excellent news. This will keep the Island in the top 10 highest council tax payers in the UK. No mean achievement. Well done IW Council. Well done UK government. And as for the Islanders, you are going to be well done too.

Chain ferry! Step forward Ian Ward. Half the deficit is the cost of the mess he has presided over.

How much exactly did you ‘save’ by paying Jay Juassundrs thousands of pounds of council tax payers money for the past two years?

Brilliant news! That should keep on funding the push barge for floaty.

How utterly insulting. Stop wasting money. I propose none of us pay it.

…….and what’s the police precept? 7% again? It has been for the past 3 years, essential to fund Michael Lane, Police and Crime Commissioner’s vanity projects

I think this Tory strong Council believes all Isle of Wight residents have money trees. Maybe we should dispel that myth by refusing to pay any increase. In all seriousness though, where will the money come from for so many of us who are being mercilessly bled dry for very little in return except white elephants?

Vote Up570Vote Down
njb249
More greed from the IOWC and the Cllrs. I’m hoping that it will dawn on them that the island residents are not a cash cow. We all have to live within our means, they should as well. I recommend 1. That all of the Cllrs and the IOWC top management echelon take a salary haircut of 50% as a show of understanding of the economic plight of… Read more »
Vote Up51-3Vote Down
planespeaker
I have no beef about paying taxes because that’s the way we can provide ourselves with all the services we need to live our lives in safety and reasonable comfort. However, when those responsible for spending my money are quite clearly incompetent, inept and blinded to reality by their own egos I get very angry when they whack a huge tax increase on me because they have… Read more »
Vote Up47-1Vote Down
mariner58
Some years ago the council made a fuss about investing in commercial property off the island as a particularly good return. I can’t remember the details or, indeed, which council it was and don’t know where to look for the information but perhaps, in the light of the loss of High Street shops and increased working from home, our councillors could let us know the value of… Read more »
Vote Up330Vote Down
grumpymoo
And where, dear council, do you expect people to find this extra money after a year of a pandemic where people have lost jobs and business’? Those who haven’t have been put onto 80% of their wage. Come on, I’m dying to know the answer. Almost no one an afford this rise. You seriously need to look to central government to address the shortfall (if there actually… Read more »
Vote Up260Vote Down
BigG
£340 million is predicted to be required to be spent on Services, hmm. What about the remaining £300 million that the Isle of Wight Council receives in its annual budget. THAT Good People is in excess of £600 million pounds annually for the Island Council Budget, to ‘provide services ‘ for 140,000 – 150,000 residents. Me thinks something extremely strong in bad smells is going on here.… Read more »
Vote Up17-3Vote Down
peterj
I’m sure regular viewers will know that I am in no way a fan of the current administration or any kind of apologist for how local government is funded. But the above comment is nonsense. The IW Council does NOT have a £600+ million pound budget and never has. I seriously have no idea where you got that figure from, I await your explanation. There is nothing… Read more »
Vote Up220Vote Down
peterj

The more I look at you post, the more I see how you gone and conflated all sorts of things. e.g the precept part of the Council Tax is a tiny fraction and a 2% rise in that is nothing like a 2% increase in the whole thing.

Vote Up130Vote Down
Sally Perry
I’m also confused about where you get the £600m figures from BigG. Council Tax contributes about 56 per cent of the council’s budget (c.£160m). It’s not clear how the figure of £340m that the IWC say they will spend is reached (it may include spending on school buildings etc), but when the budget was set in February 2020 for the coming year the total cost of services… Read more »
Vote Up170Vote Down
peterj
Yes, I can understand why people get in a muddle because there isn’t one place where this is explained clearly – at least not obviously found. Sally – do you have a source for Council Tax income being that large? The link from the IWC site I posted above states it’s a lot less at £90 million. Some of the budget is just money that the IWC… Read more »
Vote Up14-1Vote Down
Geoff Brodie

This sort of leaflet goes out to every household every year with the Council Tax demand. Its a fair reflection, particularly page 5 – Sorry. This is a proper Link; https://www.iow.gov.uk/documentlibrary/view/council-tax-leaflet-2020-21

Have posted a proper Link – which is awaiting OTW moderation. Just realised the leaflet is only available to pick up in Council offices, libraries, etc; not sent out as its quite weighty.

I can’t help but note that the largest spending category of ‘Resources’ at £101 million has no other explanation. It might as well be called ‘Stuff’.

Infrastructure and transport seems low at £7 million – I guess the Highways PFI is not included…?

the pfi costs currently run at £2.1m. per month, so £25m a year so cannot be under that heading. Having said that, the IWC contribution is actually only around £8m of that amount – the rest being made up of the original DoT grant funding. This might be tucked away in capital accounting rather than revenue ?

Yes, I took notes in a media briefing before the last budget meeting in Feb – report here: https://onthewight.com/isle-of-wight-council-reveal-budget-plans-ive-never-known-so-many-national-uncertainties-says-deputy-leader/

My comment above was badly worded, should have read Council Tax contributes about 56 per cent of the council’s budget (c.£160m).

Thanks for the clarification!

Vote Up90Vote Down
Phil Jordan
it’s worth remembering that the £87M schools budget is ported through the council to schools. It’s an in and out process … you can view that as part of the IWC financial position but in reality it’s a government set amount that uses councils as distribution centres for the funding rather than any meaningful budget income that can be manipulated in any way. I’m not certain if… Read more »
Vote Up140Vote Down
alisonjane

Together with IOW Council reserves, large investments made on the mainland, predicted savings from the PFI contract that they paid Jay Juassandra over £250,000 from last years budget to find and £17 million from the sale of the Asda site, why is the council even raising council tax?