Island Roads has already recommended refusal of the application by UKOG. Residents will be able to comment up until 24th July 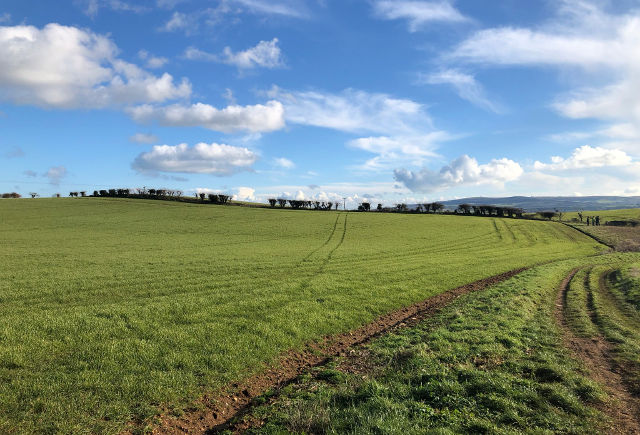 Islanders will now have the chance to comment on a much-criticised plan to see if there is viable oil to drill for at Arreton.

UK Oil and Gas (UKOG) has submitted a planning application to see whether it would be viable to drill for oil in the future.

The trial would last three years.

Due to Covid-19, the Isle of Wight Council’s planning department were unable to erect site notices and could not make a lawful decision on the application because not all statutory requirements were met.

Now, however, with lockdown restrictions easing, notices will start to be put up again for major applications.

Public consultation
Being included in this week’s planning list (12th June), an application (20/00513/FUL) for the construction, operation and decommissioning of exploratory oil drilling boreholes in Arreton will start its seven-week consultation period, accepting comments from the public.

However, the controversial decision to drill for oil on the Island has been met with mixed reactions — but mainly backlash from Islanders who want to keep the Island safe from the production of oil and gas, especially as the Isle of Wight Council declared a climate emergency.

Pollution fears
The pressure group Frack-Free Isle of Wight fears pollution of the Eastern Yar and other water sources if oil drilling was to go ahead.

In a meeting last December, hosted by the Green Party, spokesperson Vix Lowthion said the drilling would be catastrophic for the Island and encouraged people to find out what was going on.

UKOG: Why would we put money into a hole in the ground when we do not know what we may get out
UKOG has stressed it is not applying to “frack” on the Island and will leave no impact on the Island if the drill sites are not promising, or commercially viable.

“The whole reason we need to drill the well is to do a flow test.

“We can use it to determine how much oil comes out of the ground in a day, for example, and then we can decide whether to go ahead.

“Why would we put money into a hole in the ground when we do not know what we may get out?”

Island Roads recommends refusal
Island Roads, as a statutory consulting body, has already recommended the application for refusal on seven grounds — including points about insufficient information about drainage, HGV trailer and temporary site access, the fact that vehicles may be stopping on the busy Newport Road waiting to get into the site and an inadequate turning area for HGVs entering and leaving the site in a ‘safe and satisfactory manner’.

Comments on the application can be made via the council’s planning portal from Friday, 12th June, for a period of seven weeks until 24th July.

newest oldest most voted
Benny C
I’m definitely making representations, thinking hard about how to make a clear set of points factually, with relevant unemotional commentary that just might be taken seriously and which just might make a difference. If I don’t write in, however slim the odds of making an impact, I’ve failed as a resident and the outcome is one I have to accept. So, with apologies to OTW, I appeal… Read more »
Vote Up41-2Vote Down
wellsm
I don’t think that the Island is an appropriate place to be extracting oil because it does not have the infrastructure to support it. (NB this is not a fracking proposal, indeed fracking is probably dead in the UK for all sorts of reasons) What people do need to realise in a more general way though is that oil will be here for many years to come,… Read more »
Vote Up25-7Vote Down
Tamara

You forget, wellsm, that single-use plastic is one of the biggest oil guzzlers – supermarket packaging that is unnecessary and is being dumped in our countryside and in the seas and oceans, causing great suffering and lingering death from starvation to marine animals that digest it.

Vote Up130Vote Down
wellsm
On the contrary, I have that well in mind. I have in mind also that presently there is, for example, no other material for making a full face plastic mask such as those used in the health service or by the police; there are indeed a myriad of uses for plastic other than supermarket packaging (which I agree is on the whole unnecessary). My point is that… Read more »
Vote Up3-9Vote Down
Angela Hewitt

Who owns the land?

Vote Up90Vote Down
Tamara
I believe it is someone called Brown. Angela, your NatureZones nature reserve at Blackwater could be polluted by any leaks of diesel, acids and other chemicals from the Arreton-3 site, as aquifers from there drain into the River Medina. So rally your supporters and look for guidance on how to respond to the consultation on Frack Free Isle of Wight’s website – coming up in the next… Read more »
Vote Up9-4Vote Down
Tamara

I understand that the landowner leasing the land to the oil company is the owner of Farmer Jacks retail outlet at Arreton Barns.

It is important to get the terminology right, this, whilst I think inappropriate, is absolutely not a proposal for fracking, it is for a conventional borehole. In fact I think FFI should change its name as fracking in the UK is likely never to happen again after the quakes etc in the North of England.

Sorry but I don’t understand the down tick in respect of a statement of fact. Quite bizarre!

Vote Up5-7Vote Down
Tamara
What’s in a name, wellsm? The definition of ‘fracking’ has deliberately been narrowed by the UK government so that oil companies can claim they are not fracking when in fact they have to use some kind of fracturing of the rock to release the oil that is trapped there – the general euphemism they use is ‘well stimulation’, which sounds innocuous, but isn’t. Acid fracturing, dissolving the… Read more »
Vote Up80Vote Down
wightwalker

I am pleased to see that your article says “Residents will be able to comment up until 3rd July”. This has not been the case in other applications for planning permission to drill. So Island residents make your comments in writing to the Planning Department

Vote Up12-3Vote Down
Tamara
The consultation period is FIVE weeks, NOT three, and the deadline for comments is therefore Friday 17 July. The IWC has admitted their mistake. Sally, please check with the Isle of Wight Council and correct this mistake. So we don’t need to rush to get our comments in. We can take time to look at Frack Free Isle of Wight’s website for information as to which kind… Read more »
Vote Up110Vote Down
Sally Perry

This is an LDR piece from Louise Hill, I will let her know (She writes for the BBC LDR pool which we are part of)

I’ve just looked on the application details on the planning site (under important dates tab) and it states that the expiry date is Fri 03 Jul 2020. Where did IWC state the expiry date was 17 July?

The Planning Department has got it wrong. Sylvia has contacted them and they have admitted their error. The statutory consultation period is FIVE weeks, not three, and as it starts this Friday, I have calculated the deadline to be Friday 17 July. Please phone the Council and ask them.

We’ve now seen the email from the planning officer and have changed the deadline date accordingly.

The planning officer has now decided to extend the consultation period to seven weeks, so the new deadline is 24th July, but as has been pointed out in other comments – residents can comment right up to the day before the planning committee (although best to keep to at least a week before so your comments are part of the planning officer’s report to the committee)

WOW what a great thread , excellent additional information for me (thanks all) and everyone saying sensible thoughtful things. What a great example of collaborative community thinking. NOW, EVERYONE – WRITE TO THE PLANNERS, FOLLOW THE GUIDELINES CAREFULLY SO THAT YOUR COMMENTS ARE VALID AND CANNOT BE DISMISSED – AND GET AS MANY OTHERS AS YOU CAN TO DO THE SAME. ITS WORTH IT.

Vote Up70Vote Down
Spartacus
The threat of this going ahead is real, we cannot be complacent. The Island community as a whole need to stand up and defend our rights to clean air and water and protect our environment. Why is it banned in other countries? Because it’s a dirty business that fills the pockets of greedy landowners, oil companies and investors with dirty money. It’s all about profit above the… Read more »
Vote Up17-11Vote Down
wellsm

See my post above, it is not a fracking proposal. You must get facts right before being alarmist.

Vote Up2-13Vote Down
Spartacus
You are completely wrong UKOG are planning to emulate exactly what they are doing at the Horse Hill site in Surrey and that is acidisation that’s a fact, which has all the characteristic of fracking but much worse using some chemicals that have unqualified toxicity. I have colleagues that were involved in meetings, protests and who were involved in challenging this process. There were tremors reported and… Read more »
Vote Up2-1Vote Down
YJC

Anyone can make a comment on any planning application right up to the planning meeting – but obviously to make sure it is considered – best to get any comments in by the day before the meeting.

That’s correct, but bear in mind the officer’s report is usually prepared the week before, so best to get comments submitted within at least a week before the planning committee

Vote Up90Vote Down
iowlady18
It is imperative that everyone reading this post understands the importance of voicing your concerns to the planning committee not just online at this site or anywhere else. In the coming days if you have not subscribed to our website at Frack Free Isle of Wight http://www.frackfreeisleofwight.org please do so and you will receive support on how to comment effectively on this planning application and have your… Read more »
Vote Up12-7Vote Down
Jon Idle
This is absolutely crazy. The world has already been too slow to adapt to the climate crisis. It is already difficult to see how changing our lifestyle can make a difference. And yet here is a scheme to extract and use MORE fossil fuels! Since the government has declared a climate emergency, we must hope that this drilling is not only morally wrong but illegal. And we… Read more »
Vote Up40Vote Down
wightwalker

10pm Thursday 7 comments on planning site 3 Objectors from the Island 4 in support of the application from Doncaster, Aylesbury, Southampton and one from Newport. It said RESIDENTS will be able to comment up until 3rd July.
I hope the planners are aware

Vote Up30Vote Down
wightwalker
Two things 1 This application is for one of 2 sites that are planned to be drilled so presumably if this one is approved then so will the other near to Godshill, on a less busy road. 2 The comments section does seem to favour FFIOW, who is Tamara, she or he seems remarkably well informed about the processes with the common error of bandying hydrofluoric acid.… Read more »
Vote Up1-4Vote Down