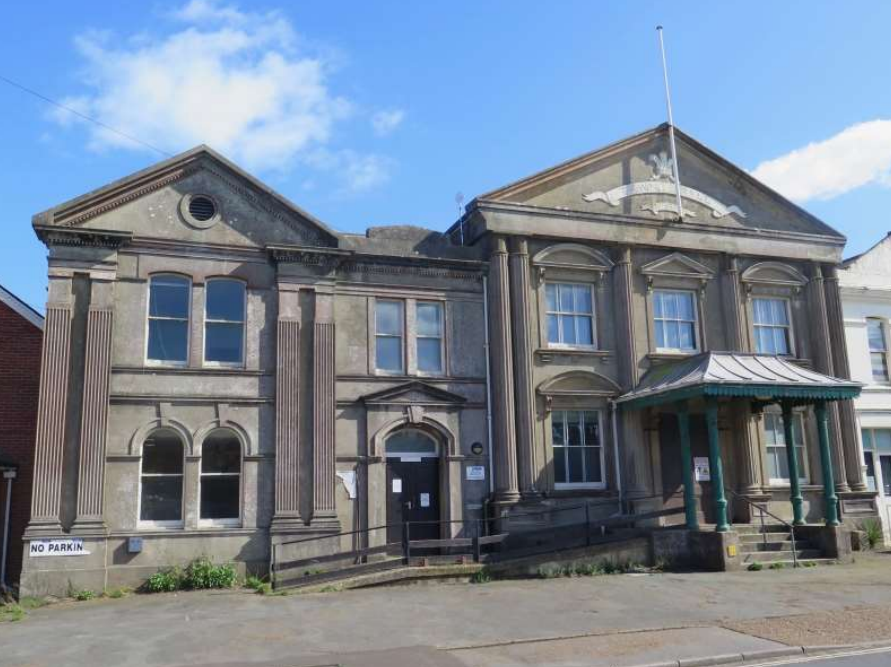 Sandown councillors are calling for a halt to the Isle of Wight council’s planning application to demolish parts of and convert the Old Town Hall.

The building on Grafton Street, which is Grade II listed, has been owned by the Isle of Wight council since the early 1980s.

Lack of access to building
Concerned residents tell News OnTheWight they’ve been trying to gain access to the building for sometime in order to check on the surviving heritage but have been refused.

They have also slammed the council’s Heritage Statement as being “totally inadequate”.

Indeed, the council’s own archaeological officer has advised that no decision should be made until access can be gained to determine the building’s historical significance.

“The application in the current form presented, and the Listed Building Consents being applied for, would render any future meaningful Heritage and Civic use being irrevocably lost.”

She is calling for a 12 month moratorium on the planning application,

“To give an opportunity, now that a great deal of historical research has identified significant historical significance relating to the late 19th century, to access funding streams that might previously not have been available.”

“It is extremely disappointing that the Isle of Wight Council, as owners of the building, appear not to have commissioned a Written Scheme of Investigation as part of the planning process.

“A WSI, recommended as good practice by Historic England, would investigate and record historic elements of the Town Hall at risk of being lost or harmed as a result of the planning proposals.”

What is planned
In its application, the IWC say the main features of the building, the front elevation, the hall and the main staircase will all be retained and restored, together with the windows.

In 2017 the council planned to put the building on the market – it was then listed as an Asset of Community Value. However, no offers were made within the consultation period and it has remained empty ever since.

Have your say
Residents have until Monday 13th July to submit their comments to the Isle of Wight council planning department (ref: 20/00456/LBC).

You can see the application in full on the council’s Website, along with comments from residents and stakeholders.

The council’s Heritage Statement is embedded below for your convenience.

First question, do the majority of the planning committee even know what they’re doing? (Apart from filling in those lovely expenses forms). Second question – Why has the building been allowed to deteriorate so badly. It’s OUR building. Councillors have not taken care to maximise its value. Ian Ward sits on Sandown Town Council if I remember rightly. No wonder nothings been done properly.

Vote Up310Vote Down
beacher
This building is owned by the IOW Council, so it’s deterioration is entirely the responsibility of this council. However when Sandown Town Council decided to build the Broadway Centre, against the wishes of their electorate, it’s been a rapid downhill slide as no-one has really taken any interest in it. It’s all very well for theses two councillors objecting, but I don’t see any coherent funded alternative… Read more »
Vote Up21-1Vote Down
Benny C