Leader of the council, Dave Stewart, says residents should change their behaviour to fit in with shorter opening hours – and claims Islanders have been sitting with “their flasks and their sandwiches to be first into the tip”. 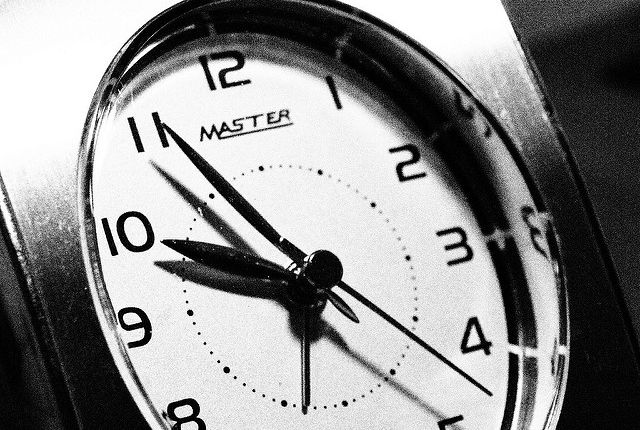 Leader of the Isle of Wight council, Cllr Dave Stewart, said a “change in behaviour” was needed for residents to adjust to the new, shorter opening times at Lynnbottom tip.

Residents have complained that a trip to the tip could involve two hours of queuing, with one holidaymaker saying they took their recycling back to London, rather than face the tailbacks.

“We are told some people are sitting in their cars from 8.30am onwards — bear in mind it opens at 10am — with their flasks and their sandwiches to be first into the tip.”

In a bid to tackle the problem, the council announced on Wednesday it would be closing the sliproad leading to the tip before 10am, preventing queues from building.

“We do not know if it will work. But the tip can accomodate 40 to 50 vehicles straight away, which will help ease the queue.”

However, he said the council would consider opening the tip at 8am at the weekend if, by the end of May, the problem had not eased.

“We want to find a sustainable approach within our budget framework.”

“I am not convinced that changing to 8am is necessary because you’ll have people turning up at 7am.”

20 Comments on "Dave Stewart on Lynnbottom traffic: Residents need to change their behaviour"

newest oldest most voted
Fred Karno
Cllr Stewart has demonstrated in his statements that he is completely out of touch, devoid of any common sense and hasn’t got a clue what’s going on. Best thing he could do is to get himself and the portfolio holder, Cllr Murwill, armed with flasks and sandwiches and actually go to the tip, spend some time there and see what is happening. Would it be too much… Read more »
Vote Up114-2Vote Down
Joe
Dave hasn’t quite got it yet, has he? The way the system is supposed to work is that we elect politicians to do what we want, not that politicians tell us what we have to do. Clearly electors, the people who voted him in, want to go to the tip at different hours than the ones he has decided that we have to go. I’m sure they… Read more »
Vote Up103-1Vote Down
doughnut

Oh.. I thought it might turn out to be our fault…how dare we use the facilities, bit like floatie’s problems were all due to people wanting to use it…’sigh’

With suitable profuse apologies to Lord Blackadder:-
“The eyes are open, the mouth moves, but the brain has long departed”.

This is a complete fiasco. But it is the Isle of Wight Council..

Vote Up80-1Vote Down
mittromneylovesiow
If we all depart at the same time using the webcam but some of us go via the chain ferry it’ll almost certainly break down staggering our journey. Do they have a bin for broken bumpers? Obviously leave enough time to be rescued as the tip may be shut otherwise. Am I correct in thinking the tip is actually operating more hours than the ferry now? If… Read more »
Vote Up50-1Vote Down
chartman
“We do not know if it will work. But the tip can acomodate 40 to 50 vehicles straight away, which will help ease the queue.” I dispute that… 20-30 at most. The council has also advised that the best time to visit the tip is between 4pm and 6pm and is now considering installing a webcam so residents can check congestion levels before they visit. Ah, that’s… Read more »
Vote Up50-3Vote Down
skippy

A problem caused by a Council decision. Dogged Dave looks to the public to save the day. Question how much will the Webcam cost to install and run. Where is the money coming from the Budget. We are told there is no money available. Hmmn I smell a rat here!

Vote Up43-1Vote Down
Colin
You couldn’t make it up. IWC enters into a ridiculously expensive contract with Amey to manage the Islands rubbish. Smaller bins than needed are issued to the Island population. Many people are left with rubbish that the bin men refuse to take so take it to the tip themselves. Tip hours are reduced, rubbish can’t be dumped. Roads are clogged for miles around. Perhaps if the IWC… Read more »
Vote Up36-2Vote Down
profoundlife

Anyone fancy crowd funding a legal challenge? If it’s all about the money, just the threat of a costly court case might make them think it’s cheaper to open up again

Maybe Mr Platt could step in>

I’ve worked it out! We are the fog on the Solent, the mechanical breakdown, the wrong angle ramp, the unforeseen circumstance,the leaves on the line… we are in short The Wrong Sort of Residents!!!

Vote Up34-2Vote Down
Colin
Someone please correct me if I am wrong. The suggested times of 4-6pm for visisting the tip. Is that when many people are trying to get home after a day at work. Has Cllr. Stewart not seen the congestion that already exists around Newport (and some of that is because of the refusal of IWC to allocate Sandown traffic to the right hand lane down the motroway)and… Read more »
Vote Up26-1Vote Down
electrickery

Is there a skip at Lynbottom for redundant IW Councillors? I wouldn’t want to queue for hours and be disappointed…

How far will £ 85K go to mitigate the costs of clearing up increased fly tipping and the increased traffic chaos and delays incurred by residents and local business? Another ill considered and incompetent decision by IW Councillors.

Vote Up21-1Vote Down
davee
As the tip is quiet between 4pm-6pm, then surely this is the best time to close it. The last thing a working person who has spent all day filling a van or trailer wants to do, is go to the tip. Much better to have an early start the next day, do the tip trip and get to work before the 8am -9pm traffic surge. Since when… Read more »
Vote Up19-1Vote Down
iowdave

So what time, exactly, are we allowed to visit the tip? It’s all getting very confusing.

How about the council opening the tip from 7am – 11am. Then opening it again at 4pm – 8pm? That way people could go on the way to or from work/school run. Those who don’t work could go either session. The people who work at the tip could do split shifts each of 4 hours with a break during the day.

That’s quite a good idea.. However, in practice, the Employers would/might have to seek the approval of the staff as this would be a material change to their working conditions.Not the sort of hours I’d like to work, but it might suit some….