Lynnbottom Tip is one of the two centres that Isle of Wight residents can take their household rubbish to.

Near Robin Hill, the site can take household rubbish, as well as items for recycling, such as garden waste.

The operation of the site was taken over by new contractor Amey in 2017. They’ll be dealing with waste on the Island until 2040.

The site is sometimes misspelt as Lynbottom, or more formally called a the Lynnbottom household waste recycling.centre

The opening hours used to be split between Winter and Summer, with the open until 8pm in the Winter.

In Feb 2017 the Conservative-alliance voted in cuts to the opening hours to 4pm during Winter and 6pm in Summer (from 6pm and 8pm previously).

Lynnbottom is near to Robin Hill, along Briddlesford Road. It’s on the left hand side a short while after you leave the roundabout. 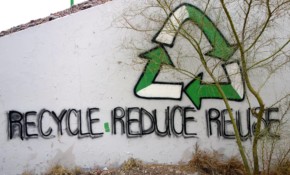 You will still need to book a slot to attend, but can soon take kerbside general waste to Lynnbottom and Afton tips. Details within

By Sally Perry with 4 readers' comments

From next week the restrictions at the waste recycling centres will be eased, but social distancing must continue to be maintained

The restrictions are coming into place as the rubbish dump reopens to managed bookings. Details within

By Sally Perry with 7 readers' comments

As well as needing to book a slot in advance to visit the two Isle of Wight rubbish tips, there are restrictions on what you can dispose of during this lockdown period

Isle of Wight tips could reopen in coming weeks

The Government minister, Robert Jenrick, said council tips would be instructed to reopen in the coming weeks

Plan ahead and be patient if using Lynnbottom tip this Easter, say Isle of Wight council

The Isle of Wight council are advising residents to plan ahead and have patience during the busiest time of the year at the dump.

An ‘unpalatable' increase to Wightcare service charges and cut in hours at Lynnbottom Tip have been discussed at tonight's Isle of Wight council Cabinet meeting.

A survey carried out during half term found there is "deep anger and frustration concerning the reduced waste collection service" with over a 1,000 comments by council tax payers.

By Vix Lowthion with 6 readers' comments

A new campaign aims to help householders learn about the right thing to do with their rubbish and reduce the amount of household waste that is fly tipped by rogue traders who offer to take people’s waste away for money and then dump it.