The highest award that a voluntary group can receive, this is the equivalent of an individual being awarded an MBE 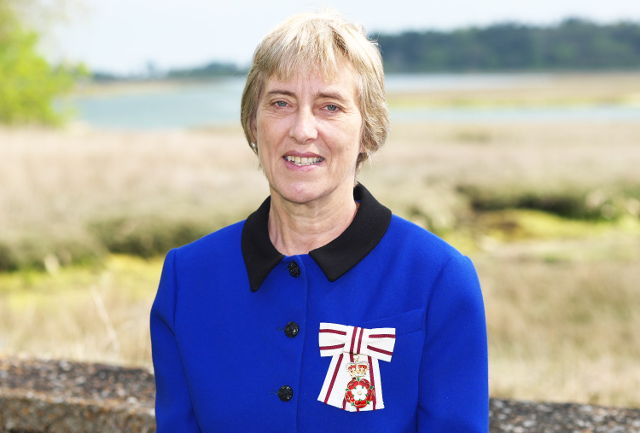 News shared by Katherine on behalf of the Lieutenancy. Ed

This year four groups of Island volunteers have been honoured with The Queen’s Award for Voluntary Service; this is the highest award that a voluntary group can receive in the UK, and is the equivalent of an individual being awarded an MBE.

County Show
The County Show has also been around for a very long time, dating back to 1874, celebrating its 120th show in 2019; the volunteers were recognised for their great work in revitalising the show over the last seven years, thus contributing to the growth of the Island rural economy.

Multiple Sclerosis Society
Isle of Wight Multiple Sclerosis was set up over 40 years ago, moving to its current premises in Shanklin in 2009; the group is highly successful in supporting, both emotionally and financially, those suffering from MS together with their families.

Vectis Radio
Vectis Radio was established ten years ago and was recognised for its support of local charities and for their excellent 4Ps training programme for young people with learning difficulties, which enables them to present, promote, produce and make podcasts.

Voluntary sector thriving and full of innovative ideas
The Island winners are amongst only 230 charities, social enterprises and voluntary groups to receive the prestigious award this year.

The number of nominations has increased year on year, showing that the voluntary sector is thriving and full of innovative ideas to make life better for those around them.

Award winners across the country this year are wonderfully diverse, including a community shop in Cornwall, an environmental group in Swansea, a group working with refugees and vulnerable people in Stirling and a thriving arts centre in County Down.

Representatives of our winning groups will receive their awards from Susie Sheldon, Her Majesty’s Lord-Lieutenant of the Isle of Wight, later this summer; and two volunteers from each group will attend a garden party at Buckingham Palace in May 2021.

Sheldon: Unceasing and tireless efforts to improve lives of others
The Lord Lieutenant, Susie Sheldon, commented,

“I am delighted that the brilliant work of these groups has been recognised, and I have been so impressed with their unceasing and tireless efforts to improve the lives of others.

“The fact that the Isle of Wight has won 20 Queen’s Awards in the last six years, underlines our community’s strong commitment to voluntary work and service.”

Nominations for the QAVS 2021 close on 25th September 2020. Information about how to make a nomination can be found on the Isle of Wight Lieutenancy Website.

Congratulations to all 4 organisations. Some good news is always welcome, especially now!