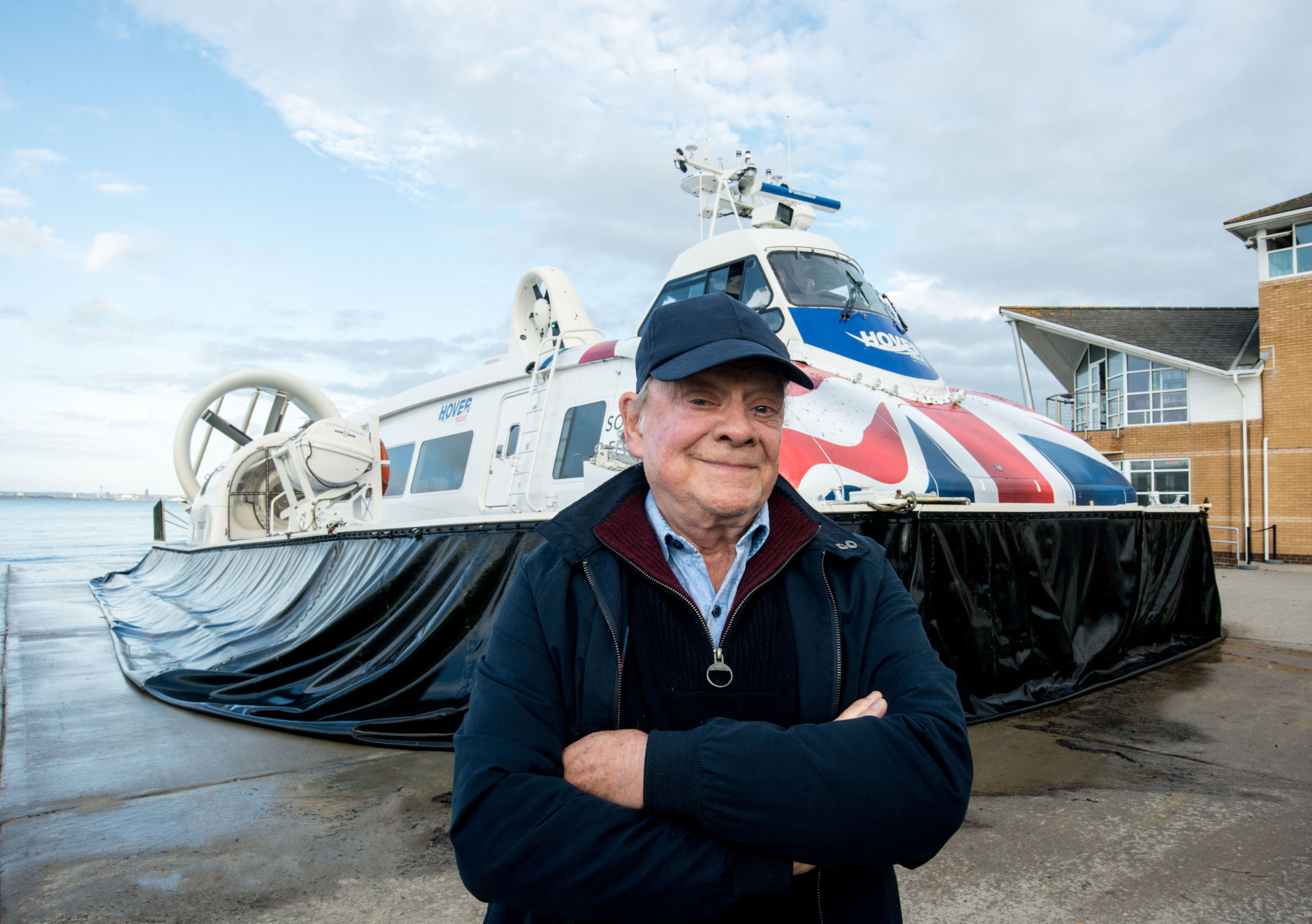 Titled David Jason’s Great British Inventions, the next show will be broadcast at 9pm on More4 Tuesday 4th February.

“We were honoured to host an actor who has made so many of us laugh throughout his career and his interest in our hovercraft came from an informed and genuine passion for British engineering.

“We arranged a special trip for Sir David so we could explain the technology which powers our craft, giving him and the viewers some insight into the current world of passenger hovercraft operations.”

Sir David and the film crew from Wise Owl Films visited Hovertravel last year to capture the actor meeting the pilots and engineers who keep the craft flying.

He was shown around one of the hovercraft by Hovertravel’s Fleet Captain and given a demonstration of its extreme manoeuvrability and marine capabilities.

David Jason’s Great British Inventions
In this series Sir David Jason explores his favourite great British inventions and discovers how and why they were first created.

So far, he has looked at the evolution of the wheel, driven a Reliant Regal Supervan (invoking great memories) and explored the lives of the Britons who helped make flight a reality for humans.

Tune into More4 on Tuesday 4th February at 9pm to see the episode.