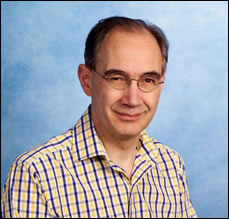 Andrew Turner, the Island’s MP, has been shortlisted, with three other MPs, for the prestigious ‘Constituency MP of the Year Award’.

The annual competition, organised by Dods who provide information on parliament, highlights excellence in a number of fields and is known as the Parliamentary ‘Oscars’.

Nominations are made by The House Magazine readers, with shortlists selected by a cross-party panel of judges. MPs and Peers vote to decide the winner.

The Constituency award goes to an MP who has ‘successfully managed to get Parliament to address an issue that is important to their constituents’. The winners will be announced in July in the historic Robing Room in the Palace of Westminster.

Nominated for OneWight Campaign
Mr Turner, the only Conservative on the shortlist, has been nominated in recognition of his leadership of the OneWight campaign.

In a radical shake up of parliamentary boundaries, the campaign fought to prevent any part of the Island being joined with the mainland to form a new constituency.

Reiterating comments made by the Prime Minister, Mark Harper MP, the Minister for Constitutional and Political reform, when visiting the Island last year, said the Island was too small for two MPs and too big for one, so it was ‘almost certain’ it would be linked to the mainland. However as a result of the ‘OneWight’ campaign, it was announced in February that the Island would be made an exception and in future will have two MPs. The issue caused the largest rebellion in Parliament so far against any proposal from the Coalition Government.

“Delighted to have been shortlisted”
Mr Turner said, “Every MP aims to be the best constituency MP they can, every day of the week, so I am delighted to have been shortlisted for this award. I have always worked to get the Island’s voice heard in Westminster and ‘OneWight’ was a campaign which united people of all political views and from all walks of life. It attracted a great deal of media, business and community support and I am grateful to everyone who played a part. As with the Hands off our Hospital campaign I organised some years ago, it goes to show what can be achieved when people of all political parties, and of none, work towards a common goal.

“As well as working with so many people locally, I lobbied to get support across Parliament to defeat the proposal, which the Deputy Prime Minister had taken personal responsibility for. I was especially grateful for the support and expert advice from former Conservative minister and Seaview resident, Lord Fowler, and help from Lord Oakeshott of Seagrove Bay, a Liberal Democrat. When Ed Milliband was elected as leader of the Labour Party he also promised me that he would oppose the idea. The cross-party nature of the local campaign was important to achieving success. It is a great compliment to be shortlisted for this award – but much more importantly we achieved the right result for the Island.”

“Andrew has effectively represented the whole community”
Richard Priest the independent spokesman for the OneWight Campaign said, “Being the Member of Parliament for Britain’s largest constituency Andrew has effectively represented the whole community – always putting the Island’s best interests first. His accessibility, including to those that may have alternative views, is recognised by this nomination. In addition his understanding of the voluntary sector on the Island, for example his association with the Stroke Association, has developed valued relationships and has made real differences to Islanders. In my opinion he certainly deserves to win this award.”

This is just a plain lie…he fought to protect one Mp for the isle of Wight…himself.

Vote Up00Vote Down
OBE
Congratulations to Mr Turner for being shortlisted for this award. Less praiseworthy is his continued insistence that it was the OneWight campaign and only the OneWight campaign which persuaded Parliament to take the action it did. The OneWight slogan was OneWight, one MP. Fortunately, we were given One Wight and two MPs. Many Islanders, myself included, thought the constituency needed two MPs and we argued for that,… Read more »
Vote Up00Vote Down
zed

All very predictable. Andrew Turner is a first class Mp. Most Islanders are proud of him and the way he works so hard for us. That of course, is why he gets re-elected. Congrations Andrew.

This man, nice person as he may be, will jump on every bandwagon available in a desperate attempt to actually win something

Vote Up00Vote Down
OBE
Andrew Turner works hard at giving the impression he works hard. He presses the flesh at functions; knows all the County Press photographers by their first names; has a good voting record in Parliament (the Whips tell him which lobby), goes to Island Conservative ladies luncheons (he does not like to miss an event with food) and, as someone once said, he is polite at garden parties.… Read more »
Vote Up00Vote Down
Asite2c

He may be quite good at helping his constituents although sadly he supports most of the awful policies of the coalition Government.

I also wish he would speak out and make his views known about Pugh and the stupid decisions being made by our useless council.

To win an award you usually have to achieve something….

This was not intended to be a completely negative post but I simply can’t think of any achievements, so if any of you can please feel free to add….

I can think of an award for him but that will be a offensive comment.

Oh I have thought of one…

He lobbied to ensure the Olympic torch comes to the Island = success!

Vote Up00Vote Down
RTUC
Let us be clear, the Island Conservative MP did not support two Island Mp’s. Ryde Trades Council always said that this was a constitutional issue, One island entity with two MP’s. It was supported by ordinary members of the public and many contributors to this blog. The MP, the Tory councillors and the failed Chamber of Commerce have done nothing to improve the economy of the island.… Read more »
Vote Up00Vote Down
Asite2c

Sadly the political landscape has changed for the worse in this country. Instead of representing the views of their constituents, most of the politicians and councillors just tow the party line and are in it for themselves. The expenses scandal was proof of this.

A knighthood awaits Andrew; and well deserved for all his efforts, over eleven years, on behalf of his constituents.

With a 10,000 majority he will easily win the next General Election; unless he is elevated to the House of Lords first. Watch this space.